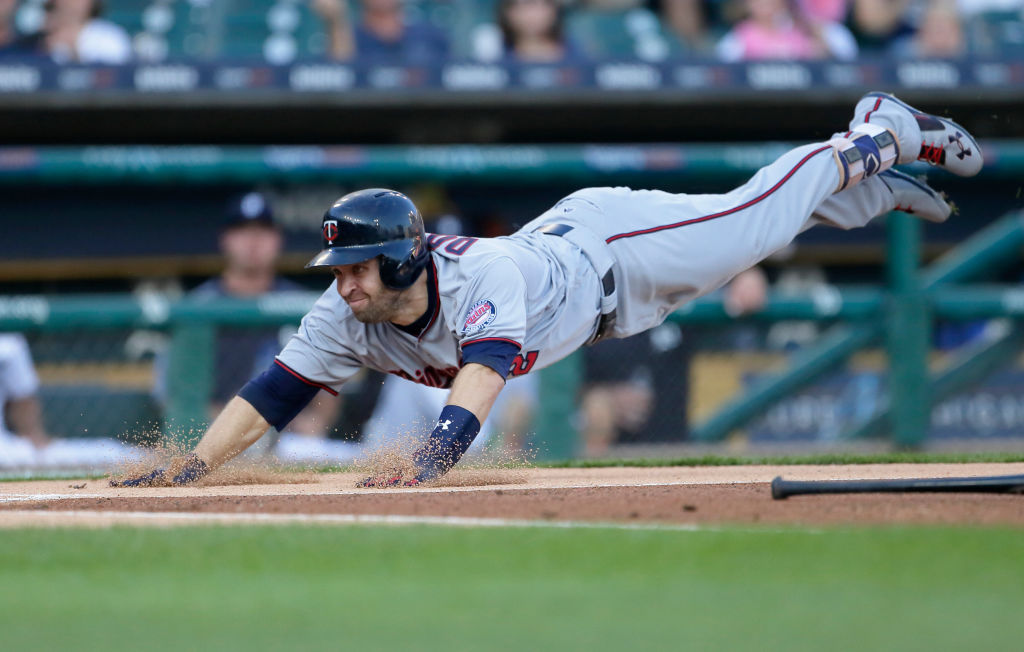 Twins slugger Brian Dozier is known for his power and home run hitting ability, having hit 32 home runs on the year heading into Saturday’s game against the Tigers. But the one he hit during the AL Central matchup was a bit unorthodox, and wasn’t produced in the way he usually manufactures home runs.

Dozier led off the first inning and attempted to lay a bunt down near the third-base line. He popped the ball up a bit, but it was still a tough play for Tigers infielder Jeimer Candelario.

Candelario picked up the ball with his bare hand and uncorked a throw toward first base, but it sailed wide. The ball hit the fence and just stopped, so Dozier kept running. By the time the ball was scooped up and thrown home, Dozier had already rounded third, and he ended up scoring.

That’s not something you see every day, but props to Dozier on his 33rd home run of the year.