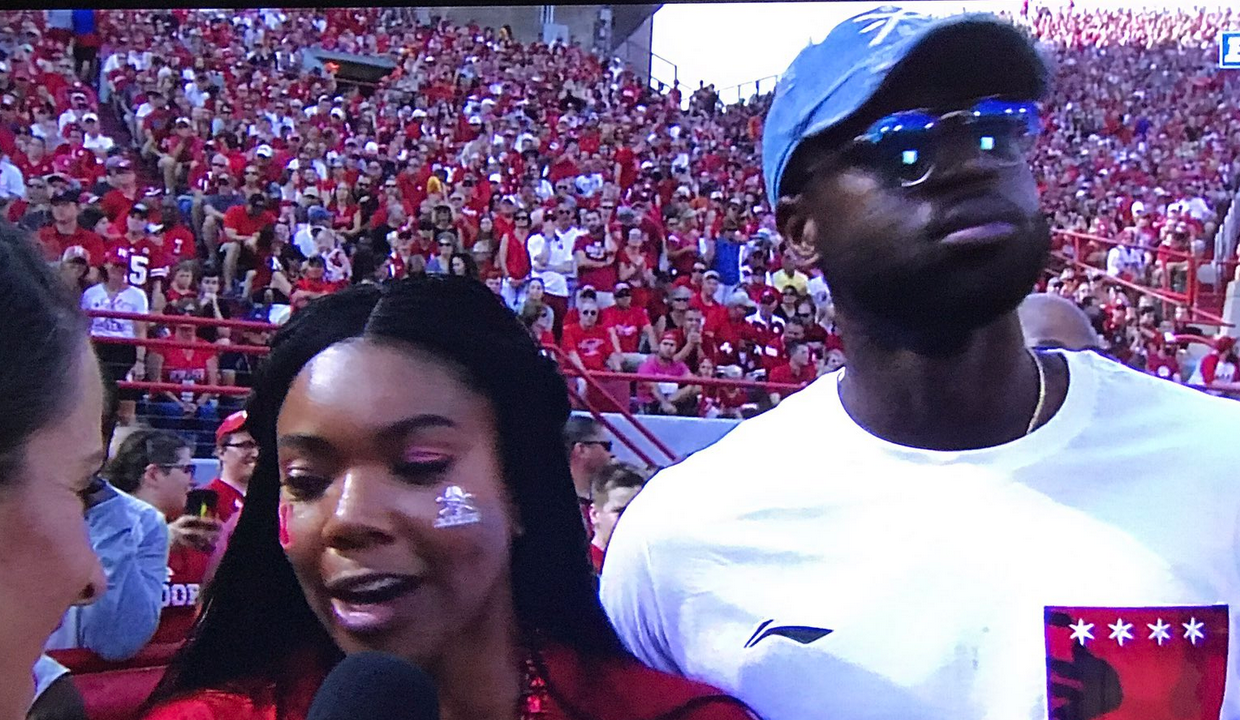 Gabrielle Union was born in Omaha, Nebraska, so she and husband Dwyane Wade decided to hit up Saturday’s Rutgers-Nebraska game at Memorial Stadium.

Maybe they were in the area visiting family, or maybe they just chose that particular game because it’s one of the few that the Huskers stand a good chance to win.

Anyway, here they are throwing up the “X” during the game, with Union rocking a Nebraska jersey. Dez Bryant would be proud.

Throw up the X at a Nebraska game if you're headed to a new team next, D-Wade

And here the two are being interviewed.

I LOVE YOU @DwyaneWade AND @itsgabrielleu NEBRASKA LOVES YOU GBR pic.twitter.com/pX5rxqzZKG

They’re a power couple, that’s for sure.