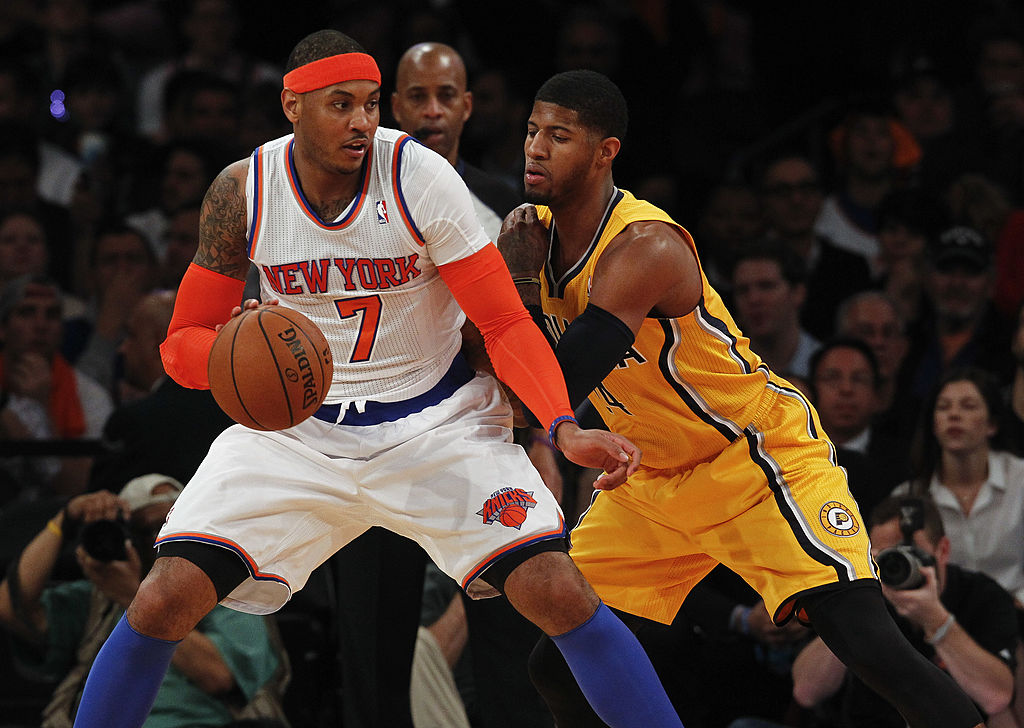 On September 21st, 2000, the Knicks traded Patrick Ewing to the Seattle Sonics, sending shockwaves across the NBA and putting a controversial end to the tenure of one of the most talented players in franchise history.

Just over seventeen years later, and history is repeating itself. According to Adrian Wojnarowski, New York has agreed to trade Carmelo Anthony to the Oklahoma City Thunder in exchange for Enes Kanter, Doug McDermott, and a 2018 second round pick.

This is a rather underwhelming haul for the Knicks, but it presumedly brings back more value than sending Anthony to the Rockets would have. With NBA training camp set to begin on Tuesday (and Anthony expected to report on time for the Thunder), time had run out. Anthony expanded his preferred list ever so slightly and that’s all Knicks brass needed pull the trigger on a deal that just happened to be good enough. More than anything else, Anthony’s departure is addition by subtraction. Without him, New York can truly start fresh. For that matter, so can Anthony. He’ll compete for a championship alongside Team USA teammates Russell Westbrook and Paul George, while the Knicks will look to move forward by nurturing and developing the promising potential in its youthful core.

This certainly isn’t the return value a team hopes to acquire for its marquee star of seven seasons. Despite the Knicks’ struggles, Anthony still made the NBA all-star team last season and has garnered the midseason honor ten times over the course of his career. He’s always been a very good scorer and will finally receive the type of support he needs to compete for that coveted title in OKC. His time had run out in New York, and rightfully so. So much failure with him as the centerpiece meant this team needed new blood and a brand new direction. There’s no doubt about that. Still, the Knicks (previously anchored by Phil Jackson’s guiding light, or lack there of) shot themselves in the foot by disregarding Anthony and devaluing him in the public eye. For a player of his caliber, the Knicks should have been able to acquire future assets, intriguing prospects, and the utmost flexibility for what comes next. The circumstances made it difficult for the new front office regime to check off all the boxes there.

Over the past few years, Kanter has truly emerged as one of the NBA’s most efficient offensive players and appears to keep getting better on that side of the floor. New Knickerbocker Michael Beasley may like to brag about being a skillful points per minute player, but he absolutely has competition in Kanter for the best in the league. If New York can really tap into his offensive talents effectively, they’ll feature a very special player who can pour in the points. Unfortunately, Kanter is a defensive liability and that’s what has truly limited him from becoming a star. The Knicks already employ Kristaps Porzingis and Willy Hernangomez, two front-court mates who struggle defensively and make it difficult for the Knicks to feature them on the floor together because of it. Adding Kanter to this mix might make things tricky.

Kanter has a player option for next season, so he’ll be much easier for New York to swap out if and when the time comes. For now, he’s 25 and is still just on the cusp of realizing all he can do on the basketball court. He’s worth exploring before the Knicks have to make a decision about how they can get more value back.

For now, the mere idea that Anthony is gone allows both sides to move on. That, in of itself, is arguably more valuable than anything else the Knicks could have acquired. They wasted no time building out their young core, in spite of Anthony’s presence, so now they have their new building blocks in place and a fresh outlook on where they are headed as a franchise.