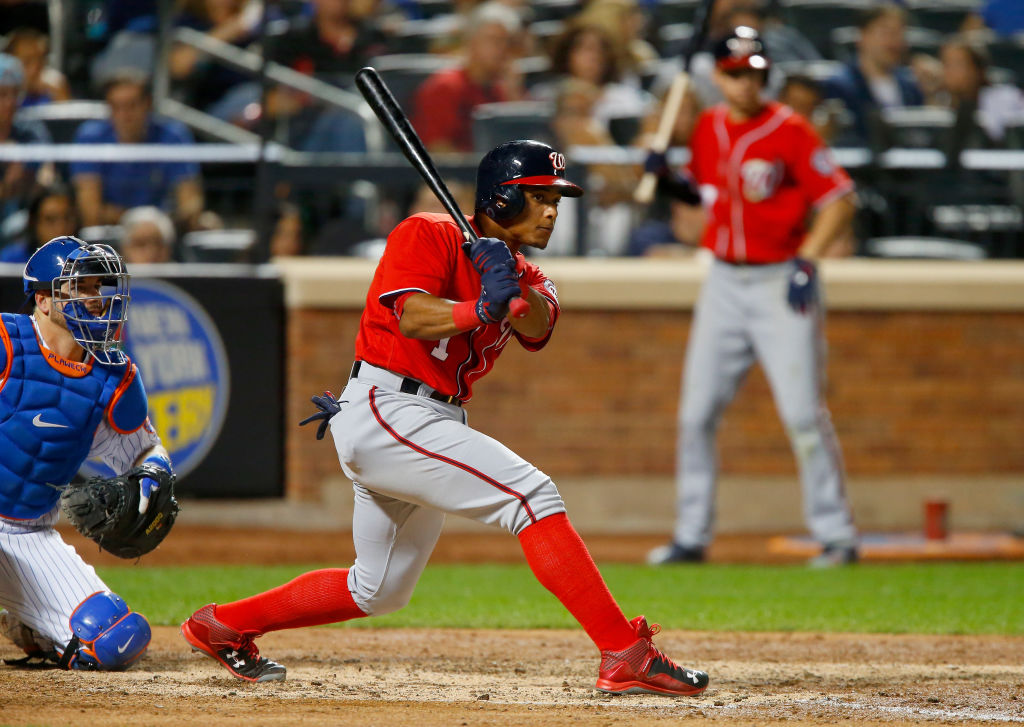 Despite losing 4-3 last night, the New York Mets (66-88) had a successful game last night. Noah Syndergaard made his long awaited return from a partial lat tear and tossed a scoreless first inning, which was far more important than the outcome of a meaningless game with the Washington Nationals (93-61). The two teams have split the first two games of their three game series and are set to play their final game of the season today. First pitch for the matinee affair is scheduled for 1:10 pm at Citi Field.

NEW YORK, NY – SEPTEMBER 23: Wilmer Difo #1 of the Washington Nationals follows through on a seventh inning pinch hit single against the New York Mets at Citi Field on September 23, 2017 in the Flushing neighborhood of the Queens borough of New York City. (Photo by Jim McIsaac/Getty Images)

The Mets will send right hander Jacob deGrom (15-9, 3.55 ERA) to the mound tonight. deGrom picked up his 15th win back on September 16th, when he allowed one run in seven innings to defeat the Atlanta Braves. The Mets originally had deGrom slotted in to start on Friday but pushed his start back two days due to a stomach bug. The Nationals will counter with their ace, right hander Max Scherzer (15-6, 2.59 ERA). Scherzer also earned his 15th win in his last start, giving up two runs in seven innings to defeat the Braves last Tuesday.