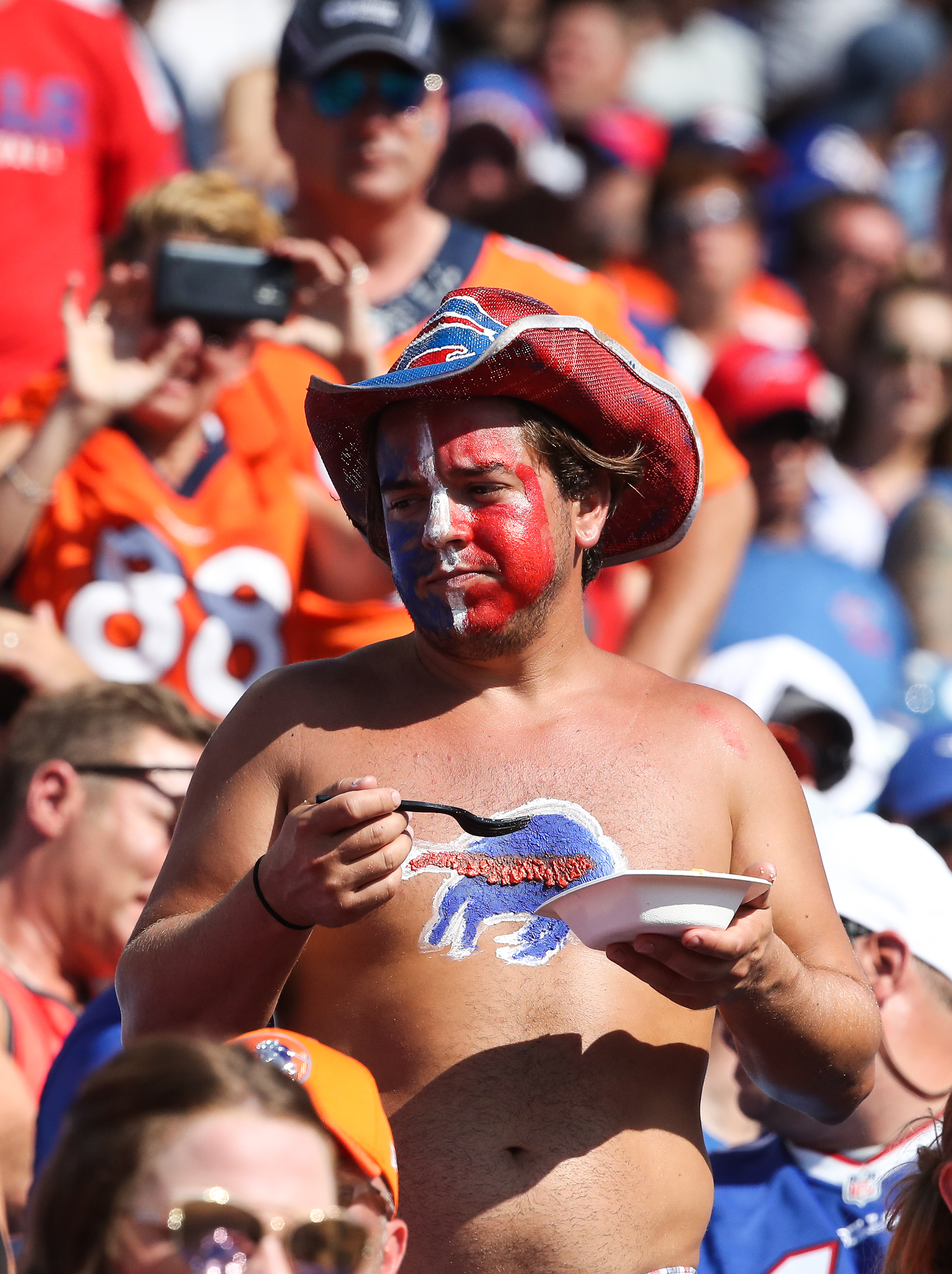 The Bills played a complete game. To see Taylor play well without the run game for most of the day, plus the defense continuing their “are they for real?” march to prove Rex Ryan’s idiocy AND special teams contributing with flipping fields, stopping fakes (!?) and being perfect in kicks? That’s just a spicy meatball man.

The run game had another difficult day, but the escapability of Taylor, coupled with McCoy in the passing game and that insane final drive allowed for them to not suffer too much. Additionally, Taylor’s throws in the second half were money and outside of the miss to Zay Jones, Taylor was locked in for the game. In terms of personnel, I think this zone scheme is a bit of an issue at times for a team like Buffalo’s that had success with the pin-and-pulls and the traps and whatnot. It will bear watching if this continues throughout the season.

That final drive has to win this. The Bills get a first down on a “sike”. I had my tongue fully in cheek with the declaration that was the definition of unsportsmanlike conduct, and had that been a Bill that got that penalty I think the mushroom cloud that would have erupted over New Era would’ve needed the CDC.

But let’s not just go by what I think, let’s go to the Tweet Bag!

The Peterman hope tour has hit a skid for a few days, so we can rest in that knowledge.

This just in, Trevor Siemian is better than Tyrod Taylor, too

I’m not a big fan of the QB vs QB being the deal in a game, but I gotta say the weekly attempts to demean and besmirch the ability of the Bills starting quarterback via some of the media (like Sal M here) as well as fans is just weak man. Flip the teams and put Taylor on Denver and you’re complaining the Bills never find a diamond in the rough like Taylor.

Looking at the way the 45th President of these United States behaves on a daily basis is an exercise in patience, and trying to avoid being gas lit. I can’t stick to sports or ignore what’s going on in our country because I’m a citizen that is in the group of people 45 wants to disparage, saying their homes are war zones, or opening doors for others to rejoinder with “what about black on black crime”, etc. Going #onhere and sharing stories of discrimination and abuse and getting back into the BW twitter notifications people bloviating about social justice warriors is something I do not look forward to.

To be honest, at times I don’t like writing about the Bills because of those skeletons in the attic no one wants to address. This isn’t an Albert Breer situ – I’ve been in Ralph Wilson when it was Ralph Wilson Stadium and heard fans scream the N word at Marshawn Lynch. I’ve seen folks with my eyes say these things – and I’m still a Bills fan, still a fan of the NFL and the players in it because of players and coaches like Colin Kaepernick, Aaron Rodgers, Lorenzo Alexander, Kyle Williams, Mike Tomlin, Andy Reid and I can go on and on.

I also am still a fan because I’ve known people for years that I’ve seen in person on one finger that have been integral in my growth and in keeping me sane when things like the President’s comments happen. So to see the Bills and other teams come out and in their own ways as a united front tell the President – no, you can’t say nazi’s are “nice people too” and call men who kneel to protest societal issues “sons of bitches”. No, you will not go around dropping seeds of discord and attempting to claim sports aren’t political. Being a ditch digger is political. Being a teacher is political. Being an American citizen is political – our existence as a republic hinges on the people holding our representatives to the fire and calling them out when they overreach.

Know how I know this? Because when is the last time you’ve asked me, or Erik of Cover 1 or Rob Quinn or any other Bills fan that talks scheme to stick to our day jobs? Nope – now you might think my evals stink, which is your right, but we’re all talking about things outside of our day to day daily on Twitter, why shouldn’t someone with a platform to millions?

I’m going to end with Julius Peppers’ comments. Thanks for reading and we’ll see you again after the Atlanta game!