LOOK: Bucs WR Chris Godwin had an accident in his pants during Vikings game 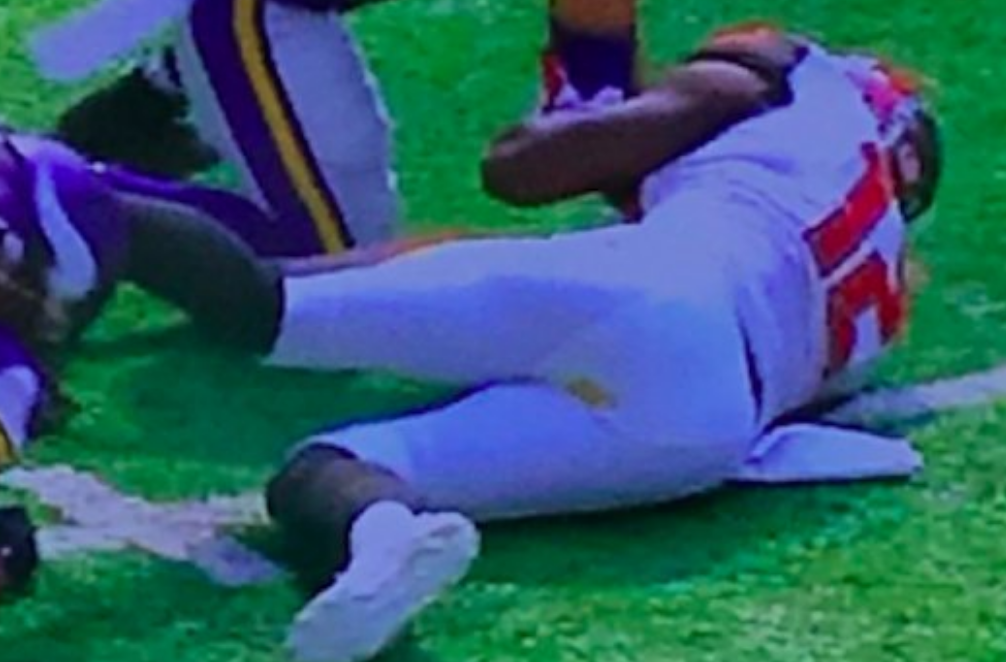 LOOK: Bucs WR Chris Godwin had an accident in his pants during Vikings game

Growing pains are a big part of being a rookie in the NFL, and Bucs receiver learned that lesson during Sunday’s game against the Vikings.

Football is a physical game, and Minnesota fields a hard-hitting defense, so it’s understandable if the pressure amounts and becomes too great for a player.

That seemed to be what happened to Godwin, who, at some point, had an accident in his pants.

They knocked the shit 💩out of him literally 😂 #ChrisGodwin pic.twitter.com/KOpkZsrKk5

Here’s a better look at the damage.

So uh was Chris Godwin one of the flu guys? @gregauman 💩 pic.twitter.com/ZJUqvxN8Pp