What kind of impact will Carmelo Anthony make on OKC Thunder? 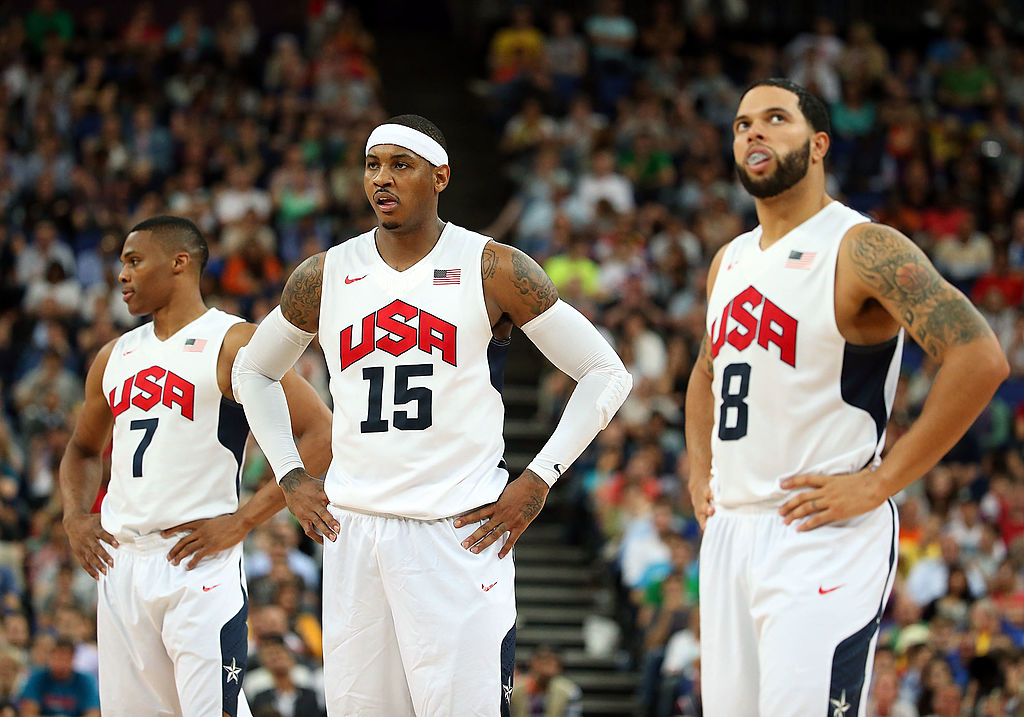 What kind of impact will Carmelo Anthony make on OKC Thunder?

Carmelo Anthony has been met with plenty of criticism for the Knicks’ ongoing struggles over the years. The organization simply never gave him the kind of support he needs to be successful. It would appear as though New York always knew they needed more firepower in their arsenal besides Anthony. One offensive juggernaut cannot carry a team alone, especially in today’s NBA where many stars band together on one team in an attempt to conquer all. In bringing Anthony to town and attempting to pair him up with Amar’e Stoudemire, the Knicks have always known what it should, theoretically, take to compete today. Stoudemire’s inability to stay healthy derailed such hopes, and the organization struggled to find the proper complementary pieces around Anthony. Defense has continued to be an issue. Furthermore, if there’s little to no versatility in the offense (i.e., other threats for the defense to focus on), Anthony becomes much easier to cover.

Clearly, the Knicks never put him in the best position to be successful. Now that he’s moving on, will Anthony find greener pastures? How can the Thunder tap into his offensive prowess and allow Anthony to be most effective?

Some people say that Anthony could have trouble deferring to other skillful teammates. He has to acknowledge that he no longer carries the burden of being “the man,” which may be a difficult transition after playing such a role for his entire career. But as Greg Anthony alluded to in a recent NBATV appearance, joining the Thunder may indeed make the 33 year old a better player.

Playing alongside two former Team USA teammates in Russell Westbrook and Paul George, this could be “Olympic Melo’s” true opportunity to shine on the NBA stage once and for all. As a secondary option on offense, (Greg) Anthony notes that the ten-time NBA all-star will now be the beneficiary of a healthy helping of increased rhythm three’s. He can run the floor and simply wait on the wings for Westbrook (someone with gifted vision) to hit him with a plethora of ‘catch and shoot’ opportunities. Anthony will now have the space to shoot pull-up jumpers because the defense can’t afford to swarm and not cover other threats.

Anthony will have the freedom to pour in the points from deep, which is a big reason why he emerged as the all-time leading scorer of USA Basketball. Whereas the forward only owns a 35% shooting clip from deep for his NBA career, he boasts a much more favorable 41% in Olympic play.

Such opportunities to really cash in (and in turn, have the chance to win big and legitimately compete for a championship), certainly motivated Anthony to open up his horizons and accept a trade to OKC. That display of flexibility will finally allow the Knicks to start fresh and build towards something special around new players with an expanded window to succeed. Both sides win. It’ll be interesting to see if Anthony can realize the potential he has in this next phase of his career.