For most young kids, when they say they want to make the the pros its a dream both literally and figuratively.  As much as you may want it, wearing your favorite professional players’ jersey as you play the game, that is really as close as it gets for 99.9% of people.  Yet imagine if you somehow beat the odds, and found yourself one week away from perhaps garnering your first professional contract in the sport that you love so much?  That is where Woodbury, Minnesota-native Brennan Menell finds himself in.  Who is he?

The 5’11”, 180lbs defenseman is sporting #61 in pre-season, he is an unsigned player on a professional tryout who has played his last two seasons in the Western Hockey League.  Just 20-years old he’s continued to make a good impression on the Minnesota Wild’s coaching staff and upper management as you can read in this article by the St. Paul Pioneer Press‘ Dane Mizutani.  Maybe that shouldn’t be such a big surprise as the right-shooting defenseman had a monster season for Lethbridge where he had 71 points in 70 games for the Hurricanes.  But if you know a little about his hockey path, it was filled with lots of challenges and if anything he’s proven thus far, he’s not afraid of a challenge.

I was fortunate enough to be able to interview the Wild hopeful prior to his game against Colorado on Sunday.  Here is what he had to say.

Crease And Assist: You took the road less traveled by being a Minnesotan that left the state to have a chance at your NHL dream; first by going to Omaha and then Chicago and then the Western Hockey League with time spent in Vancouver and Lethbridge instead of the more common NCAA route.  What was it about the Major Junior route the one that you felt was the best fit for you?

Brennan Menell:  As I was growing up in Minnesota I really had no clue about major junior.  Growing up it was all about how you want to play high school hockey and then go to college.  After I left Minnesota and I went and played AAA down in Omaha I got to hear a little bit about it.  We had a couple guys that had been drafted into that league, so I had heard a little bit about it.   Then I played for Chicago, the Vancouver Giants (WHL) they talked to me and they listed me on their protected list and that’s when I started doing my research and just finding out that its really one of the best junior leagues in the world and really does produce the most NHL players.  So at that point I thought to myself I want it to make the NHL and I think this was the best route to do it.  I was fortunate enough to be able to go out there as a free agent and make the team and I was really happy with the choice I made.

Crease And Assist:   Because you left earlier in your career for Omaha and onto Chicago, did that help you be used to being a young person living in a new place?

Brennan Menell:  A big struggle with kids in their first years is having to move away from home and living with a new family, it’s definitely a big adjustment.  Those two years (spent in Omaha and Chicago), really helped me and helped me mature a little bit.  So when I went to Vancouver I was ready to be away from home and kind of have the adult lifestyle.

Crease And Assist:  So you go to Wild Prospect Camp and then onto the Traverse City Tournament a few weeks ago, describe those experiences for us; what were your biggest takeaways learning-wise from those two events this summer?

Brennan Menell:  So just the experiences at development camp was really cool.  Coming in and getting to see the locker room and the staff and all of the other players.  Getting to be coached by the Minnesota Wild coaches and it was really nice and I really felt that I definitely learned a lot during the development camp.  When I got invited back for Traverse City, I was really excited because I felt like I got a shot to show the organization what I could do.  Just going up there and getting in the games and then I played well and it was really an exciting feeling.  It was a great time for me and I really enjoyed it.

Crease And Assist:  You have made it through two series of cuts with the Minnesota Wild, what has the coaching staff said to you about your game thus far?  Do they meet with players individually to talk about their game or how does it happen?

Brennan Menell:  I’ve gotten lots of feedback from the coaches, and they’ve been really supportive, and even the other players.  Everyday we talk about things and what I need to do to get better, and things that I could do to become a pro.  I’ve had a couple talks with coaches and management they kind of just tell me to play it day by day and try not to worry about all of the other distractions and just come ready to play everyday and good things will come.

Crease And Assist:  Have the veteran players imparted any advice to you, and are you picking their brain for tips on playing in Coach Bruce Boudreau’s system?

Brennan Menell:  The older guys, and this is something that I was really surprised about, they are very friendly, welcoming and supportive.  During the games and practices they’re always giving tips.  One of the most helpful things is and watching and especially with new systems and watching them play and just seeing how they do it.  Just being able to see what works and what doesn’t.  I think that really helps out.

Crease And Assist:  Now you were also at the Philadelphia Flyers training camp, how was that experience different from what you’ve had with the Minnesota Wild?

Brennan Menell:  It was pretty similar, last year it was my first NHL camp so I had that nervousness to it.  I felt that I didn’t play as well and I didn’t get as much of an opportunity.  I learned what I have to do so I knew this time around I had some experience doing it, and I learned what I should be doing and what I shouldn’t be doing.  Going to that camp last year I ultimately feel that experience helped me a lot this time around.

Crease And Assist:  What do you think you can add to any roster that you are a part of?  You said in earlier interview that you saw an opportunity and you took it, do you feel you’ve made the most of this opportunity with the Minnesota Wild?

Brennan Menell:  Yea, of all the chances I’ve gotten I’ve performed to the capability that I have wanted to.  For me, I’ve always said to myself I’ve wasn’t always the most talented, or the biggest or the strongest.  So I knew I had to work so these last few years I’ve really tried to put in the work and I felt I was really prepared for camp.  I’ve been fortunate enough to get opportunities at this camp and I feel confident about the way I’ve been playing.

Crease And Assist:  You had a lot of travel already in your hockey career and now you are in the final week of an NHL training camp, thinking back to those experiences and what you’ve learned from them what advice would you give to any aspiring 14-15 year old hockey player?

Brennan Menell:  The advice I can give is you never know what is going to happen in the future.  Looking back at it when I was 14-15, I was just a 5’2″ pudgy kid who was getting cut from teams.  It really comes down to hard work and if its something you really want you can put in the work and its something I always wanted to do.  To be able to throw on a Minnesota Wild jersey.  Keep working and don’t let anything keep you down.  Because stuff happens, you get cut from teams and just don’t give up.

On behalf of Crease and Assist: A Legally Compliant Minnesota Hockey Blog, we’d like to thank Brennan and Darryl Wolski at 2112 Hockey for this opportunity and we wish him all of the best of luck in his continued journey (hopefully in a Wild jersey)! 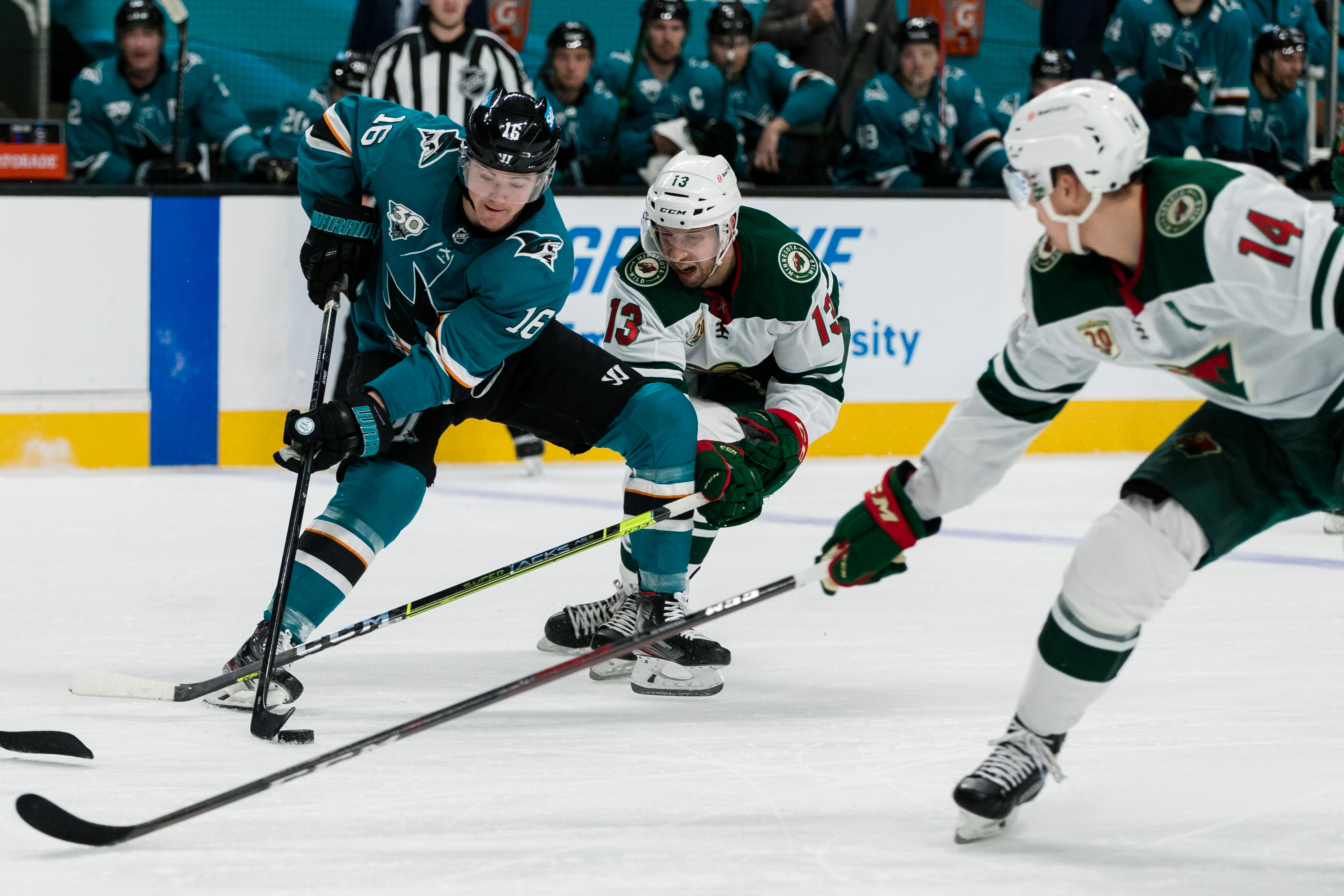