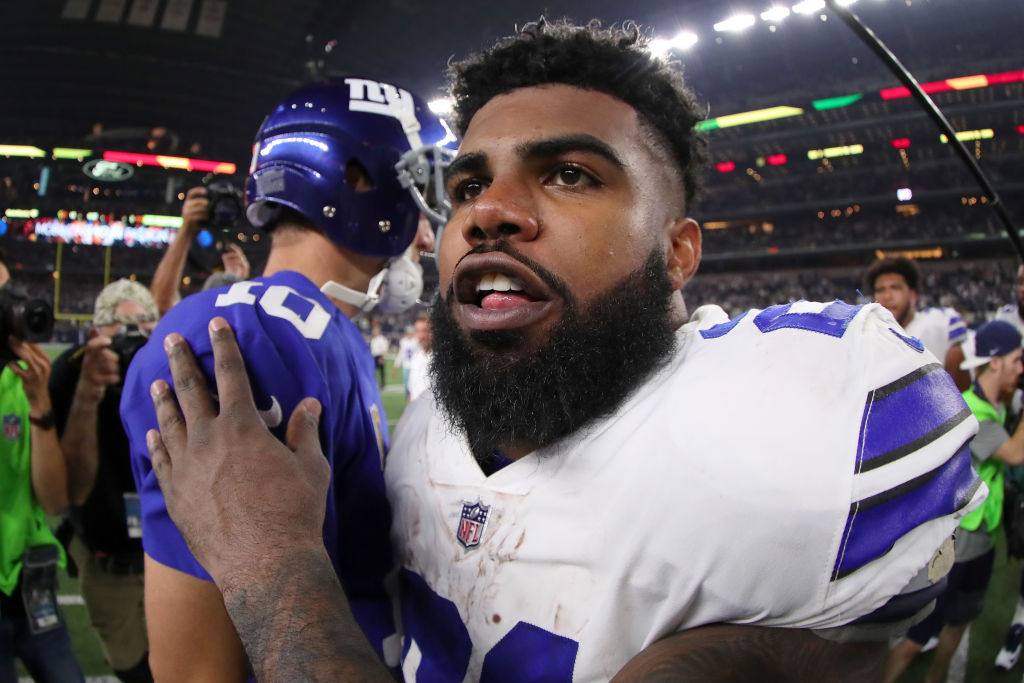 Penn State running back Saquon Barkley was an unstoppable force in Saturday’s 21-19 win over Iowa. Barkley carried the ball 28 times for 211 yards (1 TD), furthering his case as a Heisman Trophy candidate.

Barkley finished the game with 305 all-purpose yards, which was more than half of the Nittany Lions’ yards from scrimmage, as they finished with 581.

One particular running back was certainly impressed with Barkley’s effort, and he made sure to weigh in about it. Check out what Cowboys running back Ezekiel Elliott had to say.

My sentiments exactly. Saturday night’s game was the first time I was able to watch Barkley do his thing from start to finish, and man, I was blown away. He’s a game-changer player, and literally carried the team on his back — making plays every single time he was called upon, without fail.