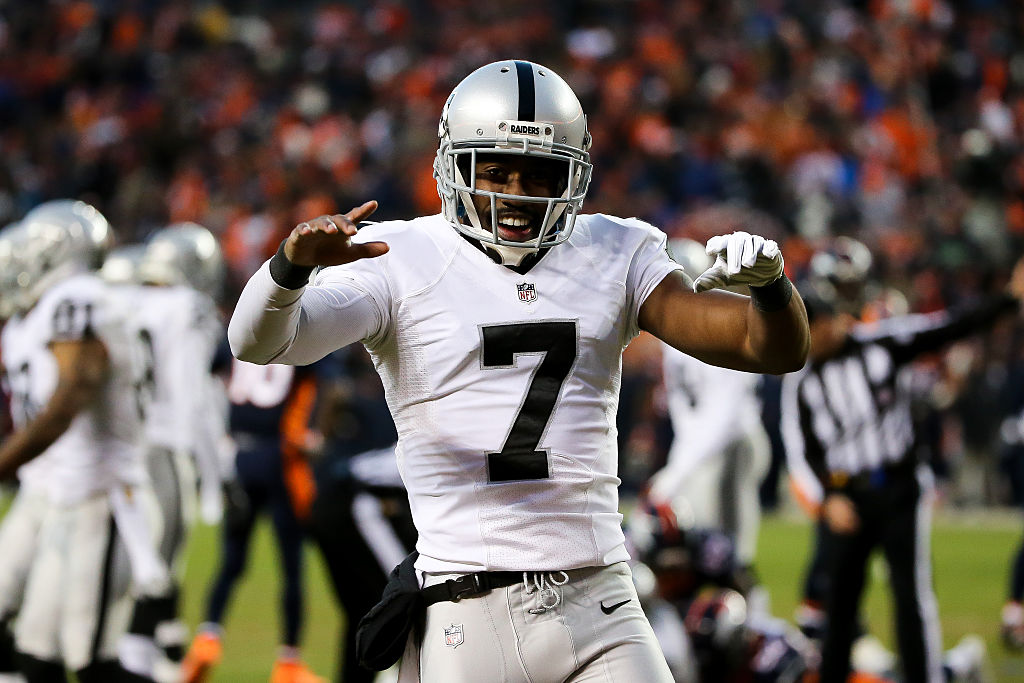 Athletes from around the country spoke out on Saturday in protest of what President Donald Trump had to say about NFL players protesting the national anthem. Trump declared that NFL owners should fire players who refuse to stand, and that didn’t go over well.

And on Saturday morning, Trump took to Twitter and rescinded his invitation for the Warriors to visit the White House, citing that Stephen Curry’s “hesitation” was the reason.

But even though Curry won’t be showing up to the White House, Raiders punter Marquette King essentially showed up in his place.

King is currently in the area as the Raiders are getting set to square off against the Redskins on Sunday Night Football, so he made an appearance at the White House on Saturday, and posted a photo outside the prestigious building on Instagram.

The Raiders punter was holding a sign in the photo as well. Here’s what it says:

“Looks like this ‘son of a b—-’ revoked my invitation too! @StephenCurry30”

The love that Bay Area athletes have for each other is strong, which was evidenced by King’s display of support for Curry.