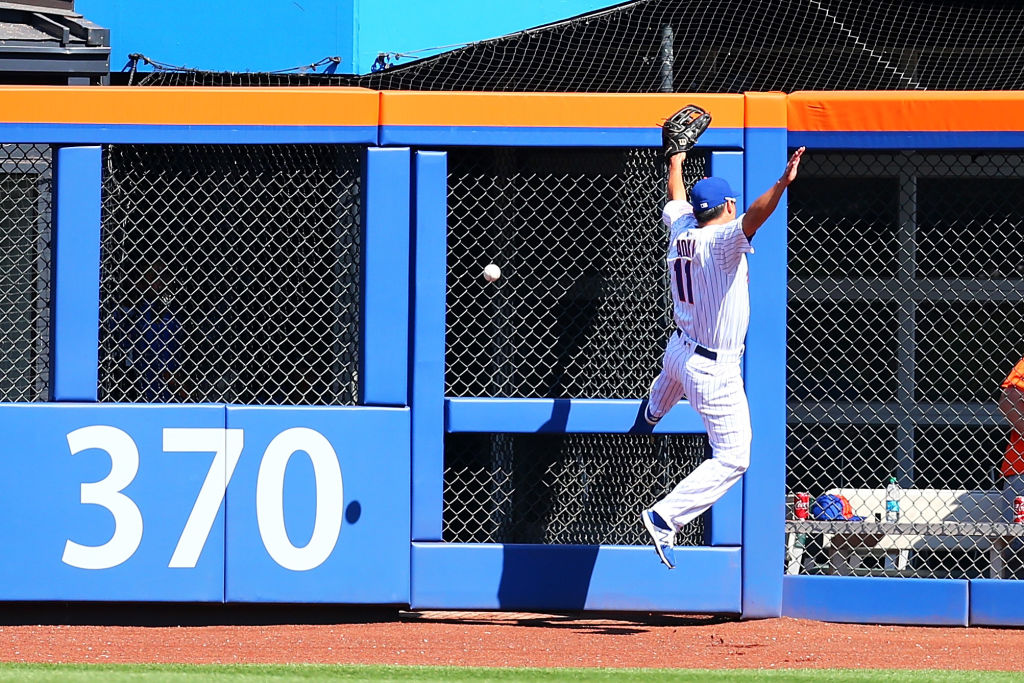 The last week of the regular season is here, and it can’t end soon enough for the New York Mets (66-89). The Mets are wrapping up a disappointing 2017 season that started with World Series hopes and will probably end with their first 90 loss campaign in eight years. There are still seven games to be played, however, including a doubleheader today with the Atlanta Braves (70-84). First pitch for the opener of the single admission doubleheader is scheduled for 4:10 pm at Citi Field.

NEW YORK, NY – SEPTEMBER 24: Norichika Aoki #11 of the New York Mets is unable to catch a triple off the bat of Daniel Murphy #20 of the Washington Nationals in the first inning at Citi Field on September 24, 2017 in New York City. (Photo by Mike Stobe/Getty Images)

The Mets will send rookie righty Chris Flexen (3-4, 7.13 ERA) to the bump for Game 1. Flexen last pitched on Wednesday, when he tossed two scoreless innings of relief against the Miami Marlins. The Mets demoted Flexen to the bullpen shortly after Matt Harvey rejoined the rotation in early September, so he hasn’t made a start since September 3rd. The Braves will counter with another rookie right hander, Lucas Sims (2-5, 5.14 ERA). Sims pitched well in his last start, allowing one run in five innings against the Washington Nationals last Wednesday, but did not factor in the decision. The Braves went on to lose the game 7-3.