Biggest surprises from Week 3 in the NFL 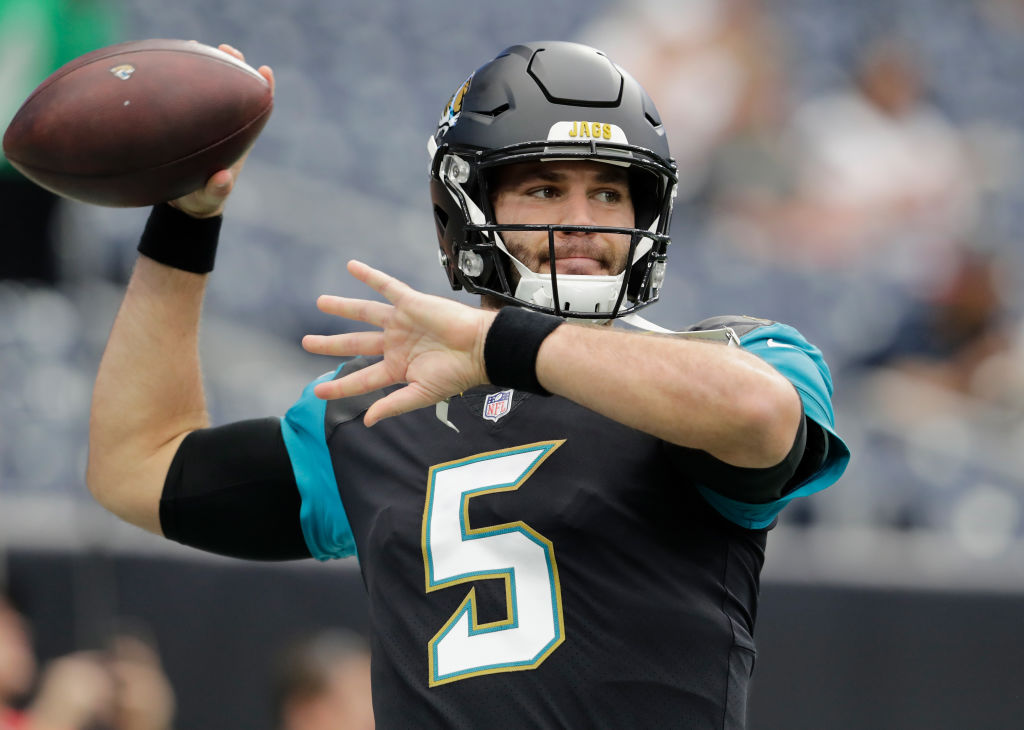 Biggest surprises from Week 3 in the NFL

Week 3 of the NFL season once again showed fans to expect the unexpected.

The Jaguars hammered the Ravens in London, 44-7. And back in North Jersey, the Jets showed that they aren’t tanking, as they played well on both sides of the ball against the Dolphins to beat their division rival.

However, those were not the only surprises from this week’s slate of games. Here are a few more that stood out.

Training camp and preseason play were not forgiving to Jaguars quarterback Blake Bortles as he struggled mightily. Some analysts believed those struggles would not follow Bortles into the regular season, but they did, as he threw four interceptions and only two touchdowns through the first two weeks of play.

Bortles needed to turn things around quickly, but he faced a tall task going up against the Ravens. Unlike Bengals quarterback Andy Dalton, who threw four interceptions in Week 1 versus Baltimore, Bortles did the total opposite. He torched Baltimore’s defense for 244 passing yards, four touchdowns and no interceptions. The last time Bortles had a four-touchdown game was back in Week 16 of the 2015 season.

If Jacksonville wants to have a chance of winning the AFC South — a division that is currently up for grabs — they need Bortles to play how he did in Week 3, rather than the first two weeks of the season.

For many Jets fans, this season is all about tanking for a high pick in the 2018 NFL Draft, in order to potentially select who they hope can become a franchise quarterback. And sure, the Jets do not have a franchise signal-caller, as they’ve stuck with veteran Josh McCown. With McCown under center, New York pulled off the upset on Sunday, defeating the Dolphins by a 20-6 margin.

For a team that was supposed to lay down and die this season, the Jets came to play on Sunday. McCown was solid, completing 78 percent of his passes for 249 yards and a touchdown. His lone touchdown came on a 69-yard reception to wide receiver Robby Anderson, who had a good game himself with three receptions for 95 yards.

While the offense was producing big plays, the defense did the same as they had eight tackles for a loss, seven quarterback hits, three sacks and two interceptions.

The Jets may not win many games this season, but they at least gave their fans something to cheer for at MetLife Stadium.

With the Giants having an 0-2 record and playing in a divisional game, quarterback Eli Manning needed to have a solid performance on Sunday. Manning was under some scrutiny from head coach Ben McAdoo as well as many analysts, who questioned his accuracy and believed the lack of mobility he brings to the table was limiting the offense.

Manning and the offense struggled against the Lions as they were only able to muster 10 points. On Sunday, however, the Giants redeemed themselves in a big way against the Eagles, racking up 415 yards against their NFC East rival.

It took some time, but Manning and Co. were able to get in sync in the second half, producing a few big plays for touchdowns, which was what the offense was lacking. Unfortunately, the defense could not get stops after the team jumped out to a 21-14 lead, and they went on to lose the game in brutal fashion (via a 61-yard field goal with no time remaining).

Manning threw for 366 yards and three touchdowns in the game, all of which were hauled in by wide receivers Odell Beckham Jr. and Sterling Shepherd.

Even though the Giants now have a 0-3 record, they may have found their rhythm again on offense, and it’s too early to call it quits. We all remember what the 2007 Giants did.

Last season, Rams running back Todd Gurley had 885 yards on 278 carries, and six touchdowns. Those numbers may look decent on paper, but Gurley actually did not have a single game where he totaled over 100 rushing yards.

On Thursday night, Gurley broke that streak, as he ran all over 49ers’ defense for 113 yards on 28 carries (two touchdowns). The University of Georgia product also added a receiving touchdown to help the Rams win, 41-39. It was refreshing to see Gurley return to his 2015 form, as many people were down on him last season, and understandably so.

It is imperative for Gurley to continue to run the ball well because it will open things up for the Rams’ offense and make them more dynamic. If Los Angeles wants to stay competitive this season and help second-year quarterback Jared Goff in his development, they must feed Gurley.

The Colts’ 2017 campaign has been a disaster, as they are still without franchise quarterback Andrew Luck. With Luck still on the shelf, they gave the ball to Scott Tolzien to start the season. Unfortunately, his accuracy issues and lack of mobility neutralized the big-play ability of wide receiver T.Y. Hilton.

Head coach Chuck Pagano turned the reins over to Jacoby Brissett in Week 2, and Hilton is now reaping the benefit. On Sunday, the explosive Hilton went off on the Browns’ secondary for 153 yards on seven receptions (nine targets), including a 61-yard touchdown.

Hilton’s performance against Cleveland is a good sign for the Colts, as he only had a combined 106 receiving yards through the first two weeks of the season.

Bears defeating Steelers despite a lackluster game from Mike Glennon

Bears quarterback Mike Glennon only threw for 101 yards and a touchdown, yet somehow it was enough to defeat the Super Bowl contender Steelers, 23-17, in overtime.

Adding on to why that was such a huge surprise, the only Bears wide receiver to have a catch in the game was Deonte Thompson, who hauled in one for nine yards. But somehow the Bears won, thanks to second-year running back Jordan Howard, who had 23 carries for 138 yards and two touchdowns.

To defeat the Steelers and Ben Roethlisberger with such ineffective quarterback play, though, was a huge shock. It usually takes a veteran quarterback who can sling it and expose the Pittsburgh secondary, but the Bears showed that’s not always the case.

The last time Glennon had a performance similar to this one was back in Week 14 of the 2013 season. In that game, he threw for 90 yards, two touchdowns, and two interceptions as the Buccaneers defeated the Bills, 27-6, with the defense and run game paving the way for victory. That’s what happened on Sunday.