Enes Kanter Set To Be Ray Of Sunshine For Transitioning Knicks 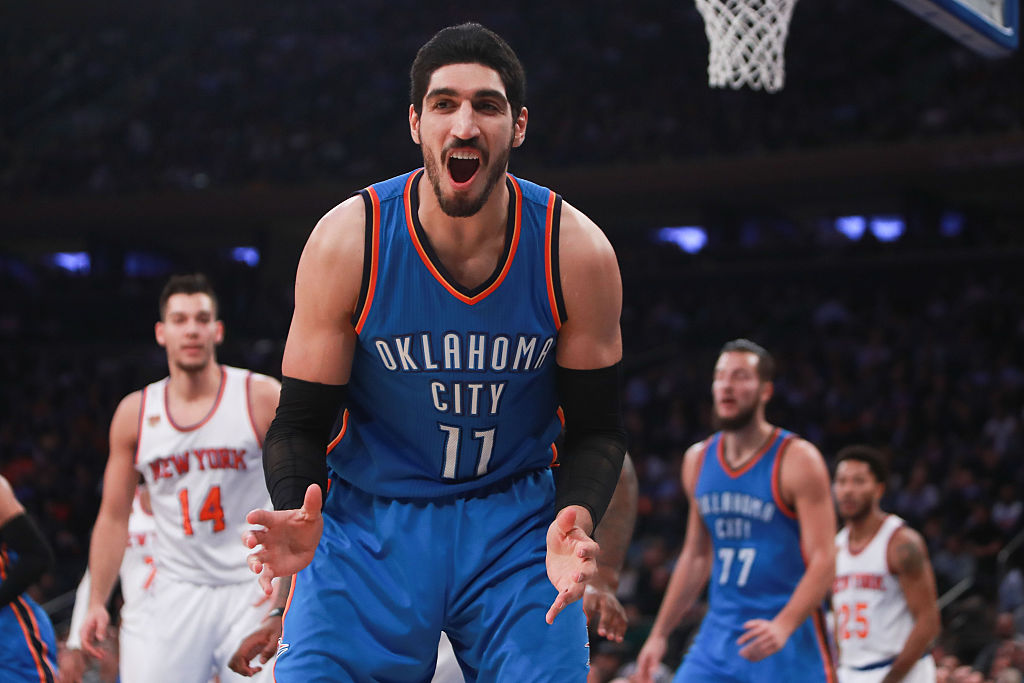 Enes Kanter Set To Be Ray Of Sunshine For Transitioning Knicks

For the past two seasons, Enes Kanter played the perfect role for the Oklahoma City Thunder. As they continued to build toward a championship foundation, he packed a powerful scoring punch off the bench, boosting his team in bunches and making an impact to help swing the momentum in OKC’s favor during a given contest. On the offensive end, he’s as efficient as they come but his defensive liabilities have undoubtedly limited his court time. Understanding they needed to close the gap between themselves and the Golden State Warriors, Kanter became the odd man out in OKC. A team needs to give value in order to get it, and he was that talented asset.

With the Thunder, Kanter was inching closer and closer to a title. As he comes to New York, the big man joins a team in transition and still couldn’t be happier about what’s to come.

“This is a great team. It’s a young group of guys, I understand and everything. I feel like we have something really special,” Kanter said at media day when asking about a rebuild. “Last year, I played against them and they were young. But I know one thing: they play hard!” He praised Jeff Hornacek, his former assistant with the Utah Jazz, calling him “an amazing guy.”

“I love New York. I come here during the summertime,” Kanter said, adding that he was excited to immerse himself in the big New York market and embrace the culture. He’s looking forward to trying all the Turkish restaurants and having an opportunity to tap into that dimension of the city’s population.

Kanter acknowledged that as a young group, the Knicks will need time to develop as a team and improve as individuals as each one comes into their town. The basketball has to get better, he said, which may take a while with so many new and transitioning pieces on this team. Still, Kanter sees potential and takes solace in the overwhelmingly positive attitude he sees. The 25 year old has received a warm welcome so far.

“Everybody was laughing and smiling. Just good friends having fun. That’s what I was looking for. It’s a young group that sees this team like a family.They stick together,” he added.

Kanter is still on the younger side himself, but as a veteran of six NBA seasons, he may be tasked with sharing his experience and knowledge with the team’s up and coming prospects. After all, it’s safe to say he learned a thing or two playing alongside the 2016-17 M.V.P. in Russell Westbrook. Kanter said he watched Westbrook be a leader by promoting loyalty amongst one’s teammates and no one else.

“When it’s game-time, it’s on. It’s a war,” Kanter said he’d maintain that killer instinct as a Knick. “[The team] is your family.”

Kristaps Porzingis may be the new face of the franchise, but it’s clear Kanter isn’t simply around for the ride. He’s welcoming this new Big Apple opportunity and wants to make an impact when he hits the hardwood for the Knicks. In a rather delicate situation where this team is still looking to establish an identity, Kanter appears to be the perfect candidate to remain positive and help spearhead such a movement. He fits the type of caliber player Knickerbocker brass has proclaimed to want ever since General Manager Scott Perry’s arrival.