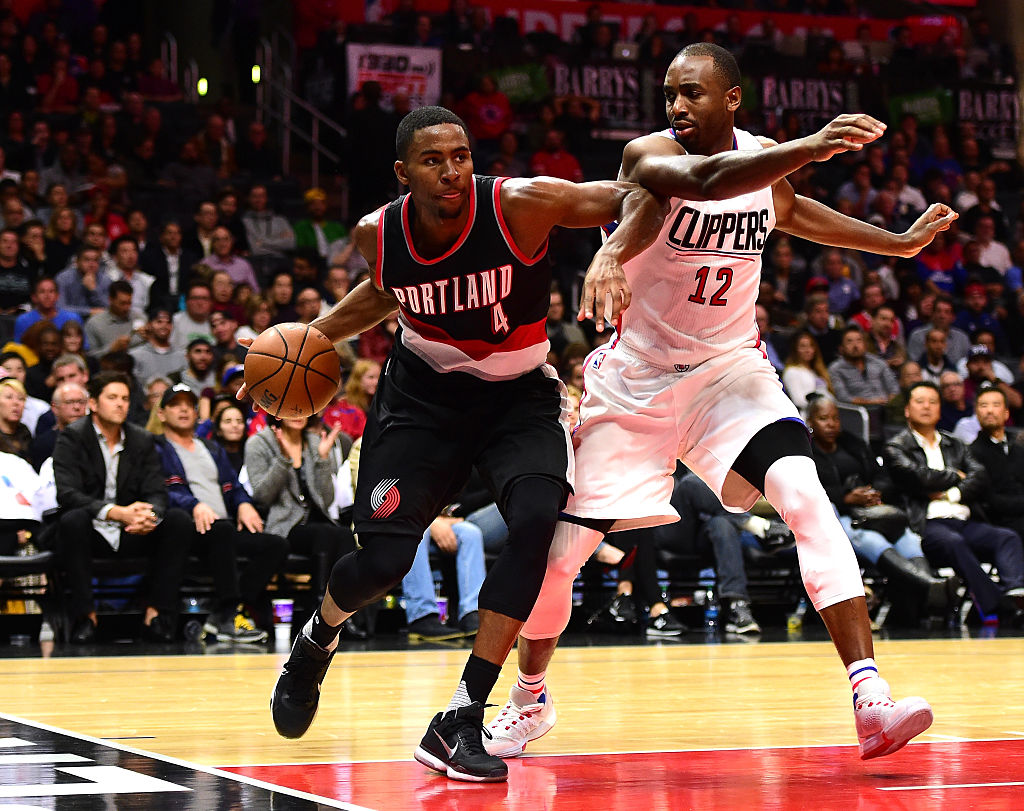 Moe Harkless has been around the bend.

The 15th pick of the 2012 NBA Draft, Maurice was moved by Philadelphia (in the Andrew Bynum trade) that same summer. Harkless earned a prominent role as a rookie and sophomore for the Magic, but watched his minutes evaporate in year three before Orlando fired Jacque Vaughn and let interim coach James Borrego take over for the final 30 contests.

Then it was off to Oregon.

And if Carmelo Anthony had been pushing for Portland instead of OKC and the Trail Blazers were willing to offer Harkless, it could’ve been three trades before 25. Maybe New York would’ve settled on Meyers Leonard, scraps and a draft pick. We’ll never know. The point is that for as talented as Melo (33) remains, Portland may have dodged a bullet.

In 2015-16, Harkless’s first year in Portland, he averaged only 18.7 minutes per night. Typically additional tick translates into better counting stats but worse efficiency. This was not the case for Harkless, who set career highs in just about everything (scoring, rebounding, field-goal percentage, threes per game, assists, blocks, and minutes) during 2016-17 while also improving his career percentages from beyond the arc and the charity stripe. It’d be even easier to get amped up about Maurice’s improvement as a shooter if not for such a subpar free-throw percentage.

Nevertheless, at 6-9, 215 lbs. with a 7-0 wingspan, the capable combo forward is perhaps Portland’s most versatile player.

Of course that’s not saying much. Al-Faruq Aminu is the only other eligible Trail Blazer, as the team is mostly bereft of ballers built for both ends. Whether it’s the defensive struggles of the star guards or a lack of shooting range from Evan Turner, every rose on the roster has his thorn. There’s a reason everyone in Oregon still calls their arena the Rose Garden.

In terms of upside, it’s certainly reasonable to believe that Harkless still has room for growth and is just now scratching the surface of his potential. Kevin Durant and company ate his lunch in the playoffs, but that was to be expected. By the time the Warriors are finished conquering the west, Aminu will be in his 30s. In this day and age where clubs can never get enough 3-and-D wings, Harkless is a ray of sunshine on a 40-degree day for Portland.

Damian Lillard, C.J. McCollum, and rookies Zach Collins and Caleb Swanigan are the only players on the payroll thus far for 2020-21, the latter of those two being team options. Outside of Jusuf Nurkic, Harkless, and the aforementioned four, it’d be pretty bold to assume anyone else on the current squad will still be around by the fall of 2021.

The Western Conference is stronger than ever, or so it seems. Portland will try to extend their playoff streak to five years, but more important than earning another eighth seed is the continued nurturing of Maurice’s development.

The Trail Blazers may be off the beaten path a bit, but Moe Harkless can help them find their way out of the woods.