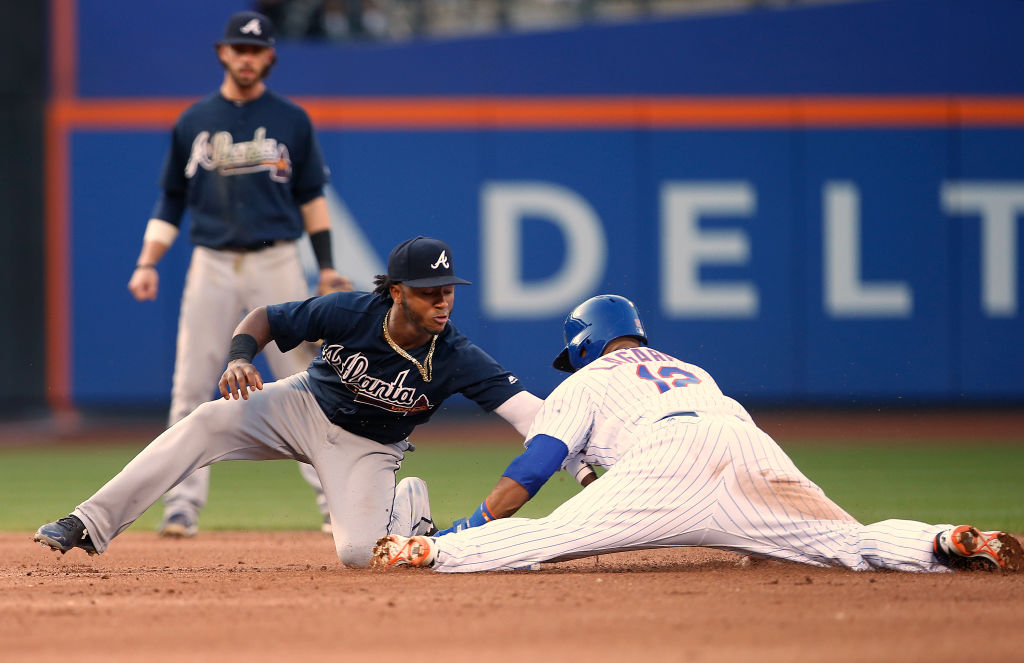 The New York Mets (67-90) officially became a 90 loss team yesterday when they split a doubleheader with the Atlanta Braves (71-85). The two teams are simply playing out the string with less than a week left in the regular season, and they will be back in action tonight. First pitch for the third game of this four game series is scheduled for 7:10 pm at Citi Field.

NEW YORK, NY – SEPTEMBER 25: Second baseman Ozzie Albies #1 of the Atlanta Braves tags out Juan Lagares #12 of the New York Mets who attempted to steal during the fifth inning of the first game of a double header at Citi Field on September 25, 2017 in the Flushing neighborhood of the Queens borough of New York City. (Photo by Rich Schultz/Getty Images)

The Mets will send right hander Rafael Montero (5-11, 5.30 ERA) to the mound for his final start of the season. Montero was beaten up in his last outing, giving up five runs in four innings to lose to the Miami Marlins last Wednesday. The Braves will counter with former Mets’ knuckle baller R.A. Dickey (10-10, 4.32 ERA), who is contemplating retirement after the season. Dickey pitched very well in his last start, giving up two runs in eight innings of work to defeat the Washington Nationals last Thursday.