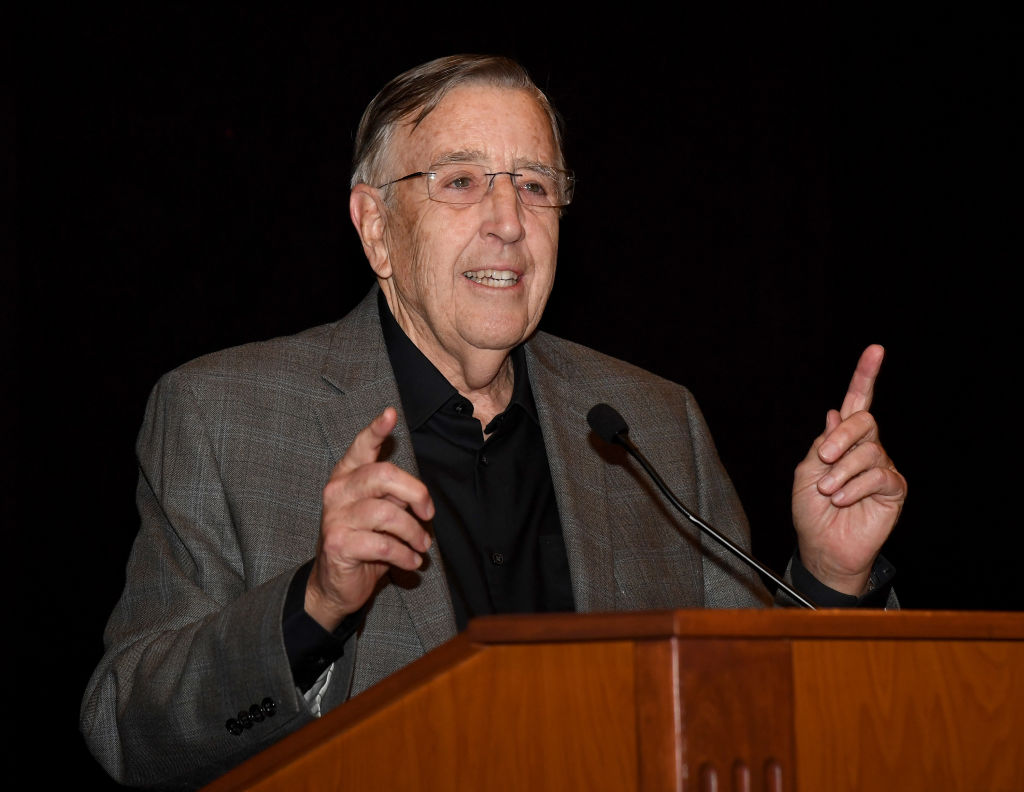 Former ESPN broadcaster Brent Musburger is no longer in the booth calling games, and he appears to be just a bit jealous of those who are.

Tony Romo, who retired in the offseason to become a broadcaster for CBS, has been receiving a lot of praise from fans and analysts alike regarding his style of calling games. Romo has even predicted plays before they’ve happened, just by looking at the team’s formation before the ball was snapped.

Musburger, however, is not a fan of Romo’s style.

“Tony, get off it,” Musburger said. “First of all, you’re intruding on your play-by-play man, Jim Nantz, who’s just trying to give us the scene. We like to watch the game, okay?”

He continued on his soapbox:

“The more years you spend away from the league, you’re gonna know less and less about the personnel that’s out on the field. So I’m blowing a stop the hype right now.”

.@brentmusburger finally got a chance to watch a game with Tony Romo in the broadcast booth. What did you think, Brent? (Hint: Not a fan.) pic.twitter.com/N4UlWjLxbB

This seems like sour grapes. We’re sorry that fans have really enjoyed the way that Romo calls games — using an informative and outside-the-box style — which is quite different than the way Musburger did. Maybe he was just trying to deliver a hot take for his new venture — the Vegas Stats & Information Network — or maybe he’s just really not a fan of Romo’s approach.