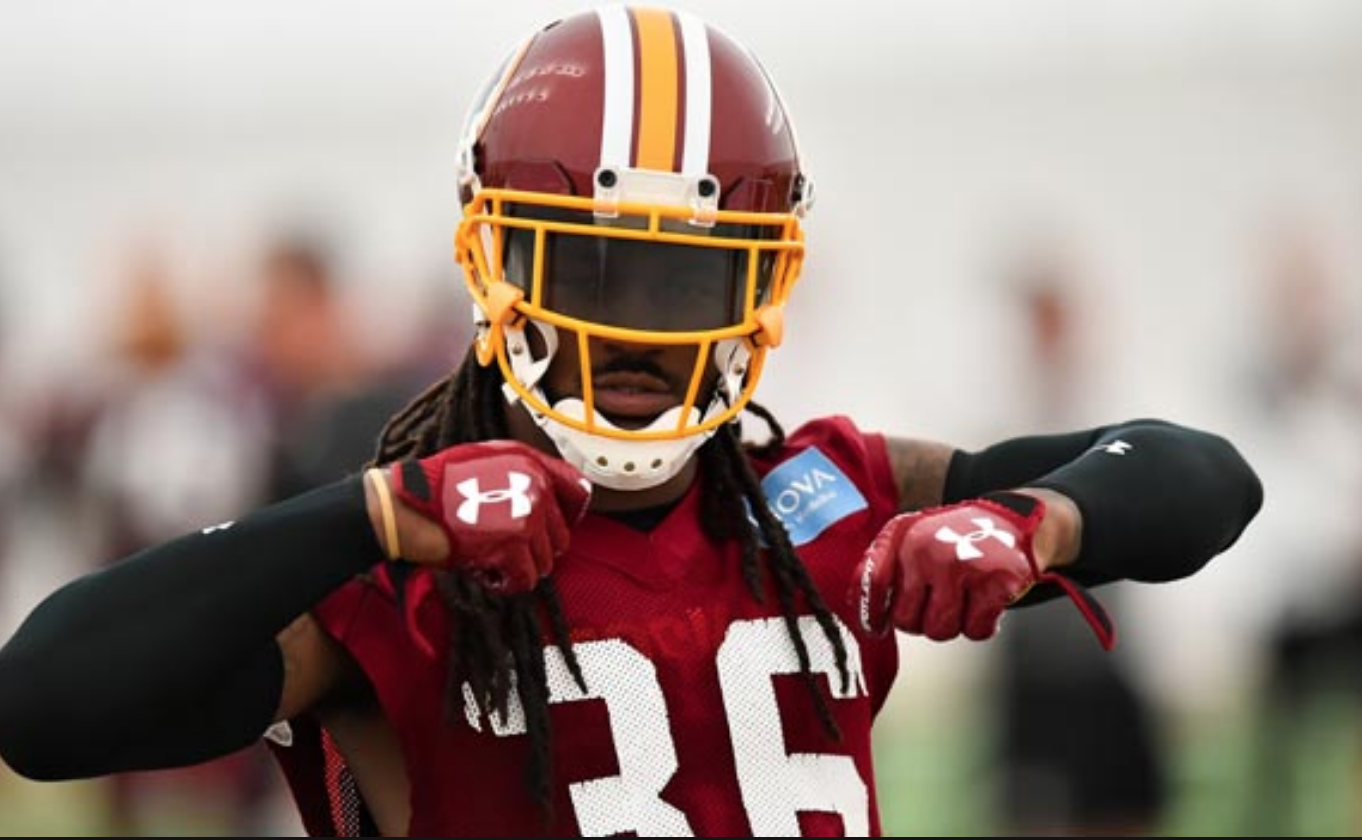 The Redskins held Marshawn Lynch to just 18 yards on six carries Sunday night, as he was a complete non-factor in the blowout loss.

Lynch, on one particular play, was absolutely lit up by Redskins safety DJ Swearinger. The Raiders veteran running back received a handoff, got his legs churning and appeared to have some momentum, when he was absolutely drilled and dropped by Swearinger.

The Redskins safety posted a video of it on Instagram, with this as a caption:

“I Eat Skittles Too!!! Ima Show You How To Dance!!! Better Come Correct When 36 In That Alley Jack!! Oh he ain eat enough skittles Huh?! Give Dat Man Some Skittles!!”

The takeaways from that post is that Swearinger hits hard, and he eats Skittles, too.