How Will Kristaps Porzingis Manage Expectations, Including His Own? 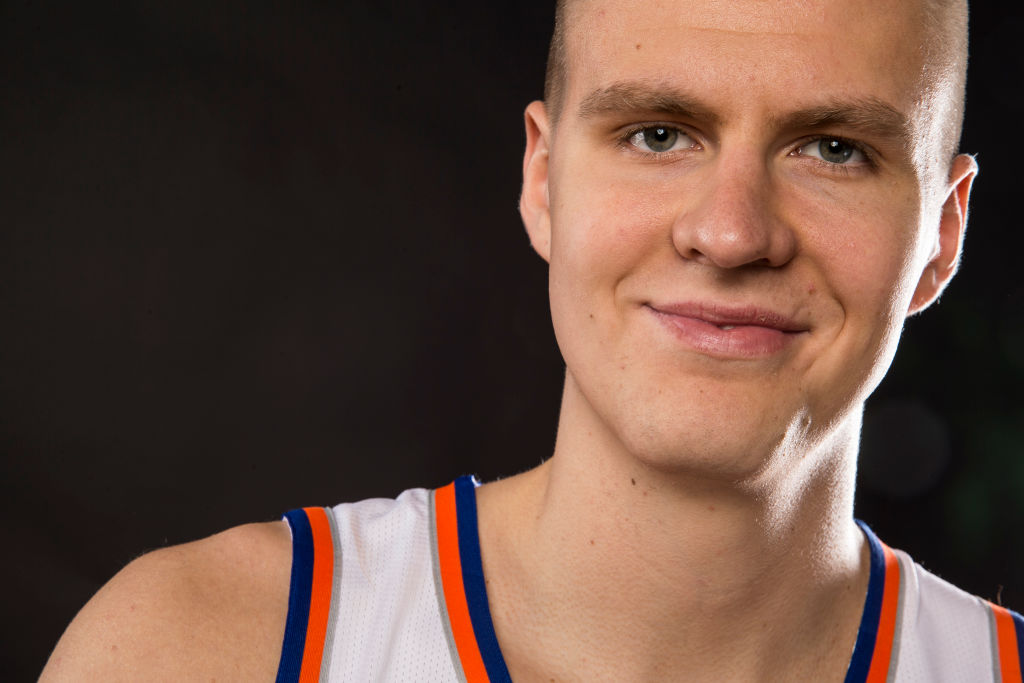 How Will Kristaps Porzingis Manage Expectations, Including His Own?

It’s the dawn of a new day with the potential of a brighter future for the Knicks. With the departure of Carmelo Anthony, Kristaps Porzingis will steer more into the spotlight. All eyes are now on him in more ways than one. With a clear vision from the Knicks’ front office (one that centers much around the big man himself), the questions surrounding this team will no longer be about whether Anthony remains a Knick, but whether or not Porzingis can lead the way in his absence.

“I’m excited about the opportunity to be a leader of this team,” Porzingis said during his team’s media day. He said rising up in a similar capacity for the Latvian National Team this summer helped him prepare for this new opportunity, but added that such a quest for success will depend on the efforts of each and every player on New York’s roster.

How else has he prepared for this opportunity? According to Porzingis, zoning out all the distractions and leaning on his family while spending the offseason in Latvia helped as he looked to improve his on-the-court skills.

“I arrived [over the weekend]. I had no idea, honestly,” he said when referring to the drama surrounding the Knicks from Phil Jackson’s firing to the trade speculation around Anthony.  “I was back home in Latvia, just working on my game. I was focusing on getting better and coming back here a better player.” He continued, “I rested for like ten days [in the offseason] and then got back to work. I was running on the track, swimming, doing body movement stuff. I’ve never done that in my life.”

Porzingis confidently said that he believes all this will lead to an NBA all-star selection this coming season. With the 22 year old slotted at No.22 in ESPN’s recent preseason player rankings, perhaps such a hope is a good possibility. The media outlet ranked him above a number of last season’s all-stars, and with so many quality players from the Eastern Conference moving out west, the odds may very well be in Porzingis’ favor. Last season, he averaged 18.1 points on a shooting clip of 45/36/79 to go along with 7.2 rebounds and 2 blocks per contest. In the early-season months of November and December, he not only looked like an all-star, but an All-NBA player. If he were able to stay consistent and remain healthy, Porzingis would have catapulted himself into that conversation last season.

There’s no denying that Porzingis will have more pressure to deal with, both on and off the court. Whether he is ready embrace it all (and figure out how to cope and conquer) remains to be seen. He’s still a very young player who will continue to experience things for the first time. The front office’s vision for success, sans Anthony, will encompass Porzingis being a role model of sorts.

“I think it means having people that work hard, see the same goal, and that you can hold each other accountable for actions. As I try and be one of the leaders of the team, I’m going to have to be an example for the other guys,” he said.

It’ll be interesting to see if those around him respect Porzingis in such regard. Either way, there’s plenty on his plate as it relates to finding success, adapting to a new circumstance, all while attempting to lead New York in a more positive direction. That’s a lot to ask from a player still scratching the surface of his abilities.