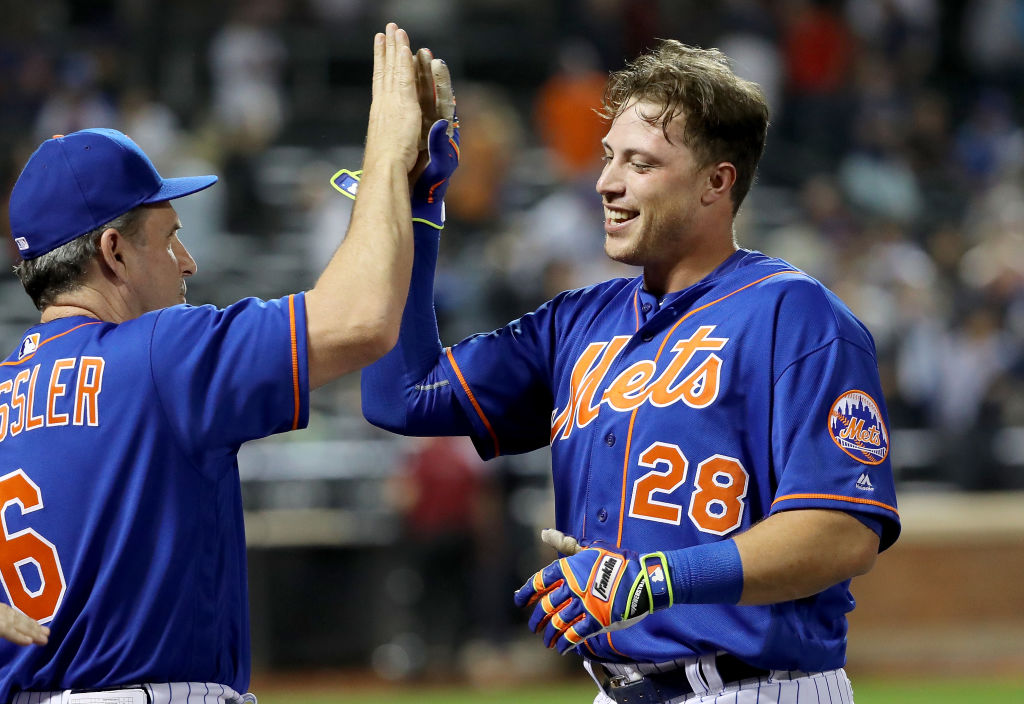 The New York Mets (68-90) are trying to end their home schedule on a good note. After dropping two out of three against the Washington Nationals over the weekend, the Mets have rebounded to win two of their first three games against the Atlanta Braves (71-86). Last night’s game was a rare thriller for the home fans as Travis Taijeron picked up a walk off single to secure a 4-3 win. The two teams will wrap up their four game series and the Mets’ home schedule tonight, with first pitch for the finale scheduled for 7:10 pm at Citi Field.

on September 26, 2017 at Citi Field in Flushing neighborhood of the Queens borough of New York City.

The Mets will send right hander Robert Gsellman (7-7, 5.38 ERA) to the mound tonight for his final start. Gsellman was hit hard in his last start, giving up six runs (five earned) in five innings against the Nationals last Friday, but didn’t factor in the decision. The Mets ended up bailing out Gsellman by securing a 7-6 win. The Braves will counter with rookie lefty Sean Newcomb (4-8, 4.26 ERA). Newcomb earned a win in his last start, giving up two runs in 5.1 innings to defeat the Philadelphia Phillies last Friday.