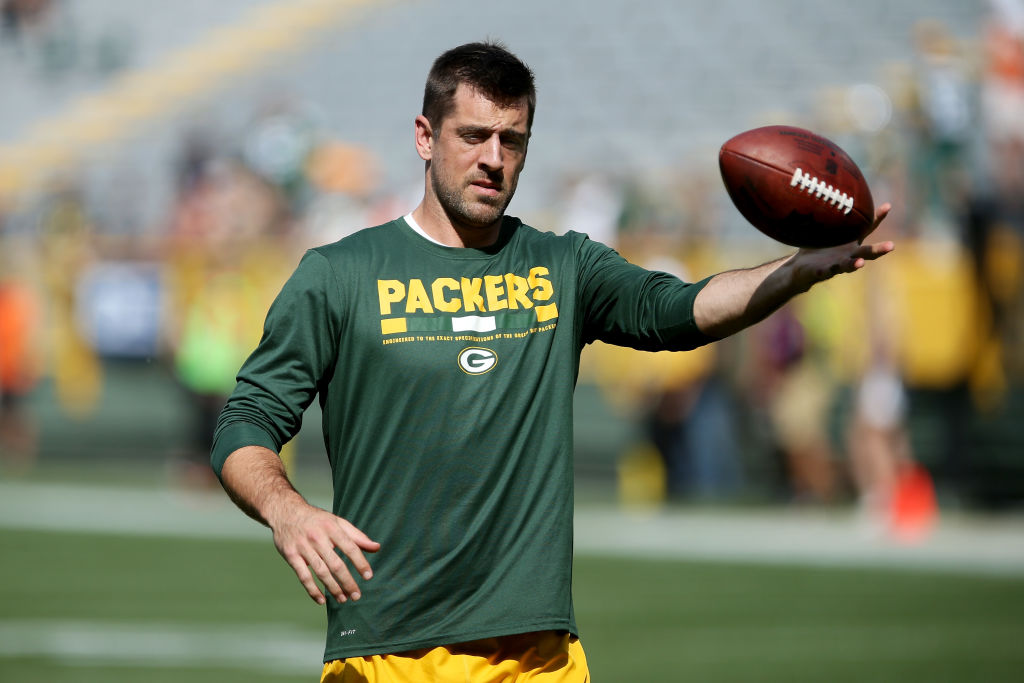 Packers quarterback Aaron Rodgers doesn’t miss out on an opportunity to point out the NFL’s shortcomings, as he’s been pretty outspoken over the past few years. And with how polarizing the anthem protests have been, Rodgers has placed himself in the middle of it, by speaking his mind and declaring that players have the right to react however they choose.

Rodgers didn’t stop there, either. He took to Instagram on Wednesday and posted a photo that attempts to expose those who are against kneeling for being hypocritical, in a sense. It shows the Packers players linking arms during the anthem, but that’s not the point of the post. That can be gleaned from the caption, which you can read below.

“I can’t imagine what kind of social media attacks these cameramen must be enduring after taking a knee during the anthem and wearing a hat. #unity #equalityforall #love #cometogether #invitationtojoin”

I can't imagine what kind of social media attacks these cameramen must be enduring after taking a knee during the anthem and wearing a hat. #unity #equalityforall #love #cometogether #invitationtojoin

It looks like Rodgers and his teammates will continue to lock arms during the anthem, at least in the near future.