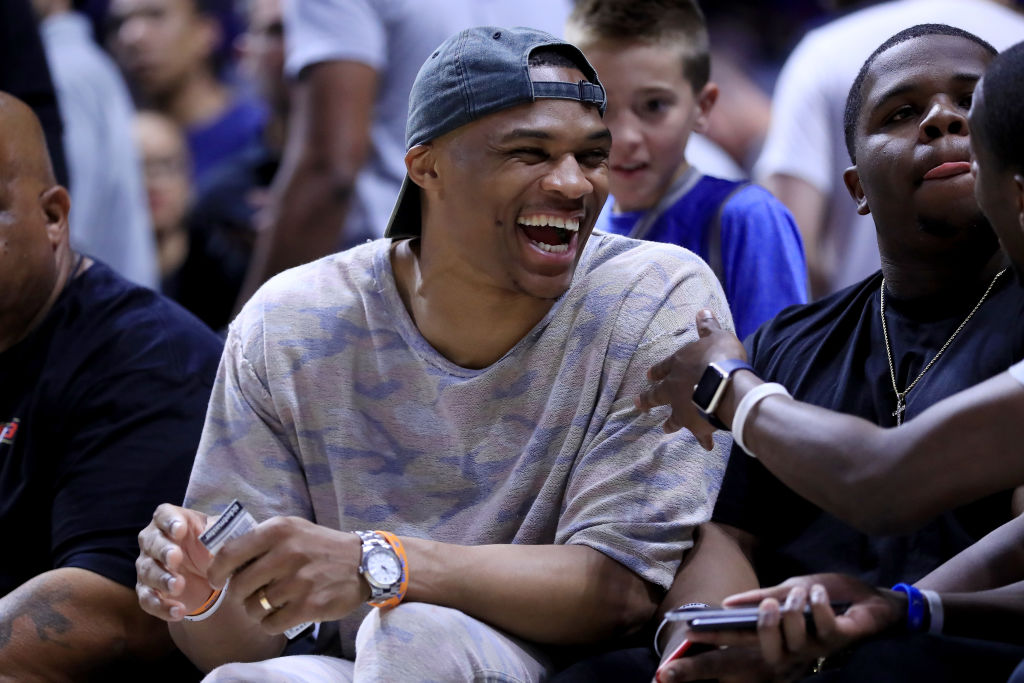 Now that Carmelo Anthony has joined Russell Westbrook and Paul George in Oklahoma City, the Thunder are, once again, a legitimate force in the Western Conference that is capable of making a title run.

And while the Warriors are still the team to beat, the Thunder now have a “superteam” of their own, and should be able to give Golden State a run for its money.

It’s not easy to earn the “superteam” title, and with great power comes great responsibility. However, there are other perks that go along with it as well — some of them coming in the form of social media benefits, for example.

That’s what the Thunder received, as the Anthony-Westbrook-George trio now has its own OKC Snapchat filter, which you can check out in this tweet that shows a recent Snap from Westbrook.

Russell Westbrook, Paul George and Carmelo Anthony already have their own OKC Snapchat filter, and it's pretty awesome. pic.twitter.com/2lfI8W2SVz

With Dwyane Wade having joined the Cavaliers to reunite with LeBron James, maybe the two of them will get their own Banana Boat Crew filter.