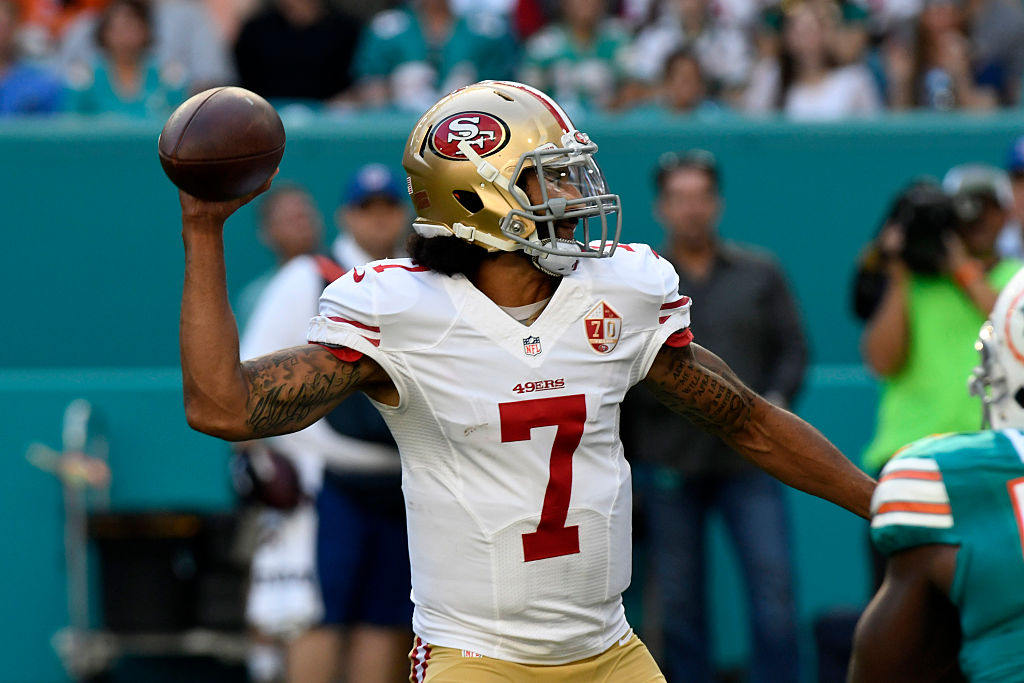 Free agent quarterback Colin Kaepernick, formerly of the San Francisco 49ers is still without a job, three weeks into the 2017 NFL season. Despite not playing a snap this year, Kaepernick has been the talk of everyday conversations, due to the stance he took last season kneeling during the national anthem.

However, while there isn’t no reported interest from NFL teams, Kaepernick has some interest from the CFL. According to Herb Zurkowsky of the Montreal Gazette, Montreal Alouettes general manager and interim head coach Kavis Reed mentioned that he reached out to Kaepernick’s agent, after Tuesday’s practice.

“He’s in the midst of some very important things,” Reed said. “We understand there’s a movement going on around him. We’re doing our due diligence and making certain they know we want to see where he’s at. It’s a matter of kicking the tires at this stage.”

On Wednesday, Reed said that the conversation was just to inform Kaepernick’s agent on what’s going on as the quarterback was recently placed on the Alouettes’ 45-man negotiation list.

“There’s been no conversation about Colin coming here,” he said. “It was just to let them know we had his rights and if there was anything they were interested in to get back to us. There’s been no call back from his agent … that’s where it stands.”

It is not a surprise to see that Kaepernick’s agent has not called the Als back because reportedly there was no call back to the Hamilton Ti-Cats. Originally, the Ti-Cats had Kaepernick’s negotiation rights but eventually released him due to his representatives making it clear he had no interest in playing up north.

Nevertheless, Reed understands that the type of talent the dual-threat quarterback possesses.

“To me, he’s a very good player. Take all the movement stuff aside. He’s a young man that we feel has a very good football IQ. He has taken a team to a championship level. The talent’s there. As a GM, you have to look at the talent. It’s incumbent on us to explore it.”

Last season with the 49ers, Kaepernick completed 59.2 percent of his passes for 2,241 yards, 16 touchdowns, and only four interceptions. He also had 468 rushing yards and two touchdowns.