The San Antonio Spurs kicked off their official first day of training camp for the new season Tuesday with a full team practice. After the practice, Danny Green, Patty Mills and Pau Gasol all spoke with the media. The full interviews for each player can be seen at Spurs.com, but in the meantime, here were a few key takeaways about what might happen on the court after sifting through the audio.

Pau Gasol is returning for his second season with the silver and black after re-signing for a three-year deal. While Gasol admitted he declined his player option on his previous deal over the summer to allow the team to seek outside free agent help, he knew there was a trusting bond between he and the organization that they would take care of him with a new deal after most of the other signings had taken place. As for whether Gasol would prefer to start like he did in the beginning of last season and in the playoffs or come off the bench like he did at the mid-way point last season, Gasol said he’d prefer a starting role.

Gasol did preface this with saying he’ll play whatever role the coaching staff feels is best for the team to win games. With Dewayne Dedmon leaving for Atlanta in free agency, the starting center role might still belong to Gasol unless the coaches would prefer to start LaMarcus Aldridge at the 5 and Rudy Gay at the 4; which in this scenario, one could see Gasol continuing to come off the bench.

‘Versatility’ is what Gay brings to the Spurs, says Green

Danny Green also spoke with the media and said while he’ll continue to keep his outside shot and defense his two focuses when on the floor, he did mention working on his “pull-up and floater area,” shots. The pull-up and floater are two shot types Green works on since defenders know he’s a dangerous 3-point option, they’d prefer to run him off the line and force him to have to create his own shot.

When asked about the addition Gay will bring to the Spurs, Green had a similar response to what Kawhi Leonard and Aldridge said the day before about Gay – that Gay will bring the Spurs more versatility on both ends of the floor.

“Versatility,” said Green of Gay. “He can play the 3 and 4. We want him to be aggressive. A guy who can guard bigs and switch down the line.” On offense, Green mentioned how it’s very difficult to block Gay’s shot because of his length and height. 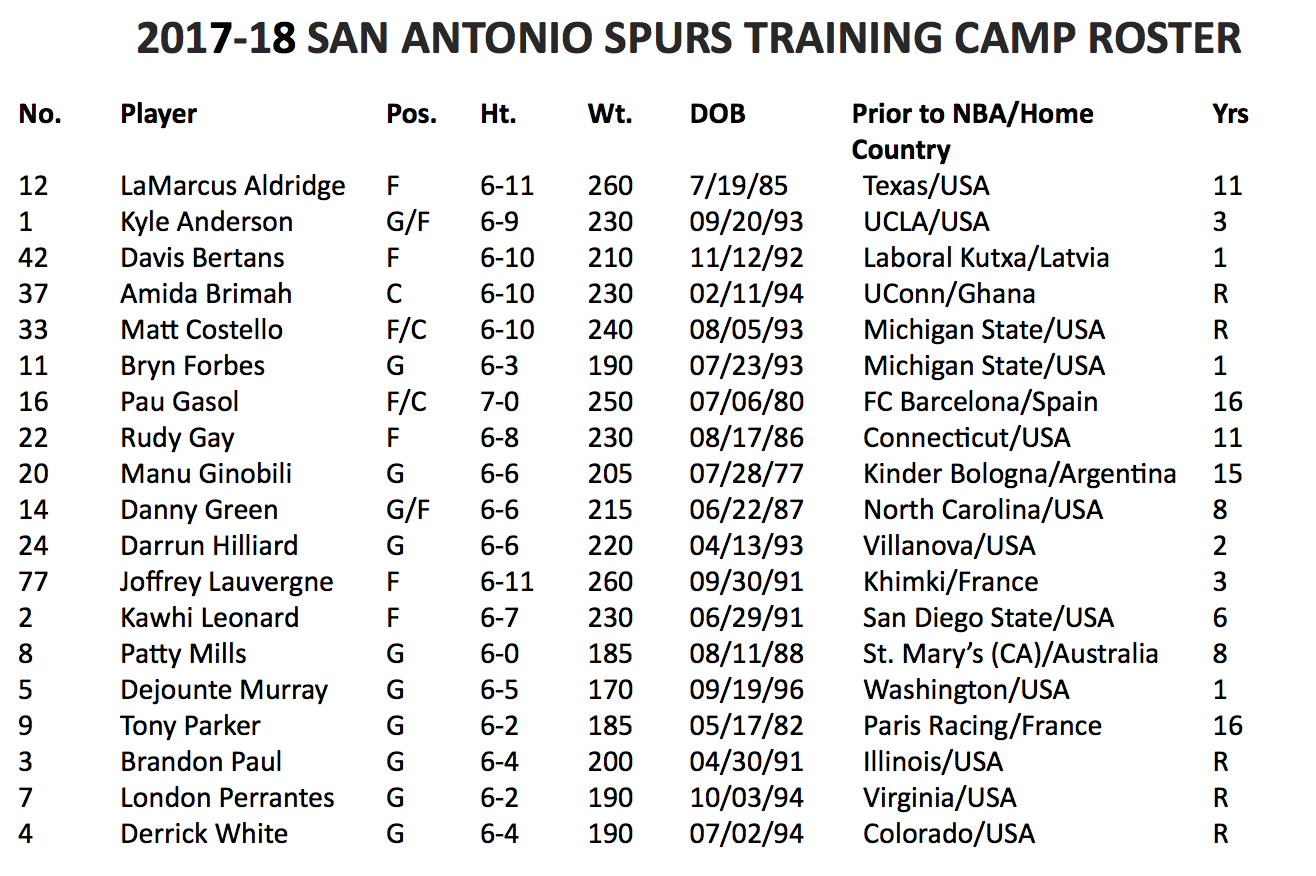