Tribe Secret Weapon Might Have Nothing To Do With Pitching 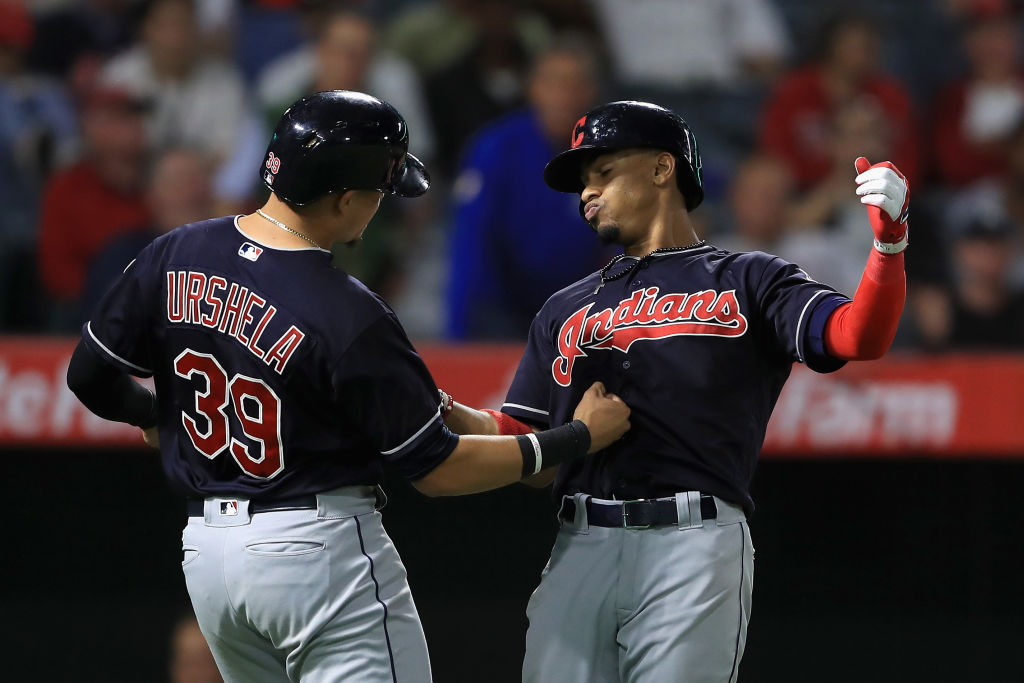 Tribe Secret Weapon Might Have Nothing To Do With Pitching

Throughout the regular season, the chief Indians weapon has been pitching, with good reason. However, in the post-season, the key to a successful run might lean towards the versatility of those not on the mound.

First, let’s name off the pitching rotation and the assumed 7-man and 8-man bullpen options to build the right foundation for this article. However many men are in the pen will determine how many will be on the bench for Terry Francona to choose from.

It seems the Indians will be going with a 4-man rotation out of the gate for the ALDS. This will be led by the team’s Ace and robot-overlord of Cleveland, Ohio, Corey Kluber. Respectfully behind him in the rotation, Carlos Carrasco, Trevor Bauer and if needed, for a little change of pace, Josh Tomlin.

Many people have questioned the decision to start Tomlin over the young and proven Mike Clevinger, who also deserves a spot on the postseason roster. If you think about it in terms of who you would rather have saving the other from a potential situation, Clevinger coming out of the pen over Tomlin makes more sense. With Clevinger, the advantage of getting two positions out of one player (as a starter and a reliever if needed) puts him in the bullpen, whereas Tomlin is and should only be a starting pitcher. Francona is loyal to Tomlin, as he has been a workhorse for the manager and has playoff experience, meaning there was little chance he wasn’t going to make the cut. If down the line a spot start is needed, Francona may pull Clevinger from the pen, giving them the advantage of having an extra starter without actually having that extra starter.

Along with Clevinger, it is assumed that the rest of the bullpen will be populated by closer Cody Allen, RHP’s Bryan Shaw, Joe Smith, Nick Goody and LHP’s Andrew Miller and Tyler Olsen. With an 8-man pen, you could possibly see Danny Salazar, Dan Otero, or Zach McAllister join the pack.

Now to the real topic at hand, deciding the starting nine and its corresponding bench.

The key to an effective battery is a flawless matchup between a pitcher and their catcher. This effectiveness between Cleveland’s pitchers and their two catchers, Yan Gomes and Roberto Perez, has been as effective as humanly possible. This leaves the question of who might be the starting catcher for the playoffs. It could be done in a similar way that Francona and the pitching staff have used all season, splitting time between the two, though because both are so evenly matched, it could come down to the decisions of the pitcher on the mound.

Moving on to the infield, first base will be occupied by Carlos Santana, who has put up defensive numbers that will put him in the Rawlings Gold Glove talks for his season.

At second base, the even hotter and arguable co-leader of the team, Jose Ramirez. He is a natural 2B, and after Jason Kipnis was sidelined to the DL earlier this year, Ramirez took over with a flawless transition from third.

Shortstop is a given, Francisco Lindor is one of only three Indians players holding onto a single position (Edwin Encarnacion at 1B, and Roberto Perez behind the plate). Lindor had a slow start to his season, trying to mash the ball with more hard contact than in previous years (up 7.5% from last season, 10.5% from 2015). After a few good at-bats, his plate appearances turned into making contact, even if it resulted in an out. That contact over time has led to his 33 home runs, the most of any Cleveland Indians shortstop in a single season in the history of the team. His glove hasn’t been of the highest caliber we have seen (UZR in 2016 – 20.8, UZR in 2017 – 5.3), however, Lindor still poses a threat with his glove.

Third base will be a platoon of two players who are novices to the post-season hype, Giovanni Urshela, and rookie Yandy Diaz. Gio with better glove, while Diaz, has the better bat, so the conversation comes down to which is more important on the forefront, where the other can occupy the bench.  The third choice is Ramirez, who could take over at third, which gives the way to move Kipnis back to second. One thing this team has run on in 2017 are the options its position players give Francona, being able to play multiple positions at average to above average rates.

In the outfield, you can bet that that the Indians interchangeable hodgepodge of players will not only produce at the plate, but go to the nth degree in the field. To the left, veteran Austin Jackson would take up the starting duties, alongside his counterparts Kipnis in center and Jay Bruce in right. Jackson has had a very good season at the plate for his first year wearing Wahoo Red. His .320/.383/.492 slash is the highest of his career.

Rookie centerfielder Bradley Zimmer, who learned this season learned he could fly, will be missed after being placed on the DL late in the season. However, Kipnis gets credit for taking over the position he hasn’t touched in nine years. He was drafted as a centerfielder and played there a few years into his minor league career. With Ramirez taking over at second, it seemed like the only avenue for the veteran. If Kip struggles, Jackson, Lonnie Chisenhall and/or Brandon Guyer can slide into the spot like a revolving set of Shark teeth.

When talking about the bench, I want you to rewind back to game seven of the World Series last year. Francona went to his last and final move of the season, his only move at the point, taking utility man Michael Martinez off the bench to pinch hit. We all know how that story ends, and I can promise you, the team has gone above and beyond to avoid being painted into such a corner with the biggest game of the year on the line. Like the idea of putting Clevinger in the pen as a potential “secret weapon” the Indians position players give the manager a similar type of flexibility. Namely, minimizing the chance it will come down to the weakest link, by making every link in the chain as productive and locked-in as possible.

These links on the bench could be OFers Guyer, Chisenhall and even rookie Greg Allen. With these few at the disposal of Francona, it beefs up the depth in the outfield while also putting depth at catcher and third for platoon situations with Gomes and Urshela. One other possibility from the bench is OF Abraham Almonte, who might be a better fit than Allen, though he lacks Allen’s speed, giving an added advantage of being a pinch-runner to steal his way into scoring late in the game.  There is also some very slim hope that OF Michael Brantley could hop on the post-season roster as a pinch hitter at best.

Overall, this team has become a more well-rounded winning machine than anyone ever expected, while also getting hot at the right time of the year. They have the best starting pitching rotation topped with a potential Cy Young Award winner, who is backed up by the best bullpen in baseball, and both are supported by an offense that makes even diehard Cubs fans drool. Seeing what the Indians will come up with for their plan of attack next week will be only one of the many things that will make this October the most memorable that Cleveland will ever see.