Your Morning Dump... Where I have patience but still think the Celtics can win 30 games in the first half 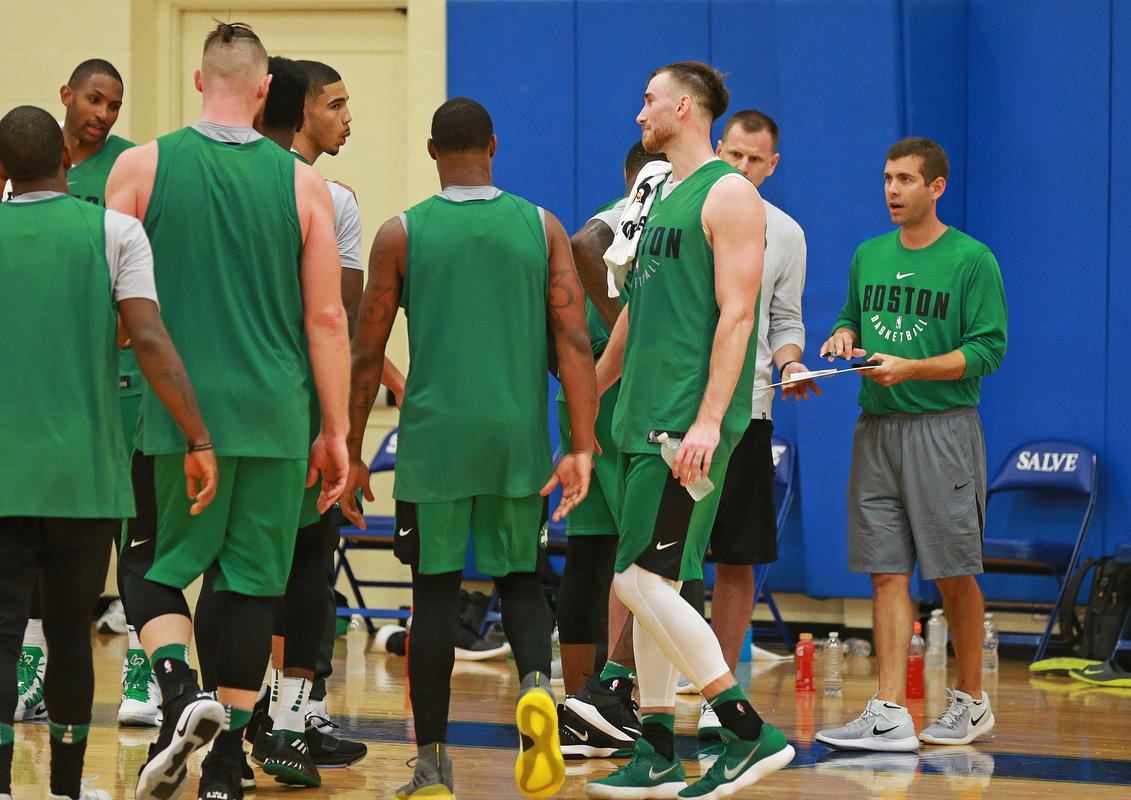 Your Morning Dump... Where I have patience but still think the Celtics can win 30 games in the first half

The Celtics ran through their first double session of training camp yesterday at Salve Regina University and play their first exhibition game on Monday at the Garden.

Such is the nature of this year’s new shortened, four-game exhibition season. It’s a veteran player’s dream.

“Hell yeah,” Kyrie Irving said after last night’s second session. “It’s like you get so used to playing what, eight games? And it’s a month. I like it. I like it. We get games starting earlier and we just get the season started. It’s a limited amount of time, especially if you’re in a new situation, but it’s all a learning experience at the same time. So I enjoy getting to know all these guys, like I said. Unusual training camp, but I can get used to it over the next few years.”

The shortened preparation time does pose a challenge for this particular team. With only four players back from last year’s roster, and a significantly young element, coach Brad Stevens and his staff need a particularly streamlined approach to training camp.

“I think I’ll tell you in five years,” Stevens said of whether he likes the new arrangement. “I think as coaches you always like practice, but time will tell. We’ll see. You’ve got to be pretty specific about what you’re trying to accomplish and there’s some challenges with that in three weeks.”

I was thrilled when the NBA announced its shortened preseason schedule. Who needs all those games?

Actually, this revamped Celtics roster might need all those games.

There’s a lot of talk about patience in training camp. Brad Stevens needs time to figure out his plan and thee players need time develop chemistry.

Those statements are correct. But I’m here to tell you this team isn’t going to struggle out of the gate.

Why? Because they’re talented and the East is crap.

I just scrolled through the schedule for October, November and December. On my first pass (with my green team glasses) I projected a record of 32-8.

Realizing that’s still probably a bit too optimistic, I did it again with a healthy dose of negativity and came out with 26-14.

They’ll probably end up somewhere in the middle and that’s pretty damn good.

Related links – ESPN: Why it’s important for Cs to get away | Herald – Hayward ready for spotlight | Cs new task is to complement Big 3 | Globe – Celtics in class by themselves | Chemistry is first lesson for Cs

On Page 2, why you shouldn’t sweat D-Wade signing with Cleveland.

Unless Lue is bold enough to start Wade at point guard while Isaiah Thomas continues to rehab his hip injury, starting Wade would mean teaming him in the backcourt with fellow poor shooter Derrick Rose, Thomas’ replacement at the point. Combined, the two guards made 58 3-pointers last season at a 28.3 percent clip. With Tristan Thompson a fixture in the starting lineup, that would leave Kevin Love as the only starter besides James who made more than one 3-pointer per 36 minutes in 2016-17.

Despite Wade’s effectiveness as a cutter, by the end of James’ time with the Heat, the team was more effective with him alone on the court and Wade on the bench — particularly during the playoffs, as Tom Haberstroh highlighted in 2013. According to NBA.com/Stats, Miami barely outscored opponents when James and Wade played together during the 2013 and 2014 playoffs but dominated when James was alone on the court.

Add it up and the evidence strongly points to the conclusion that the more minutes Wade plays with James in Cleveland, the less happy their reunion will be.

I’m not trying to tell you Wade is washed because I’d rather have Jose Calderon taking shots in the playoffs than Wade. But those numbers should make you smile.