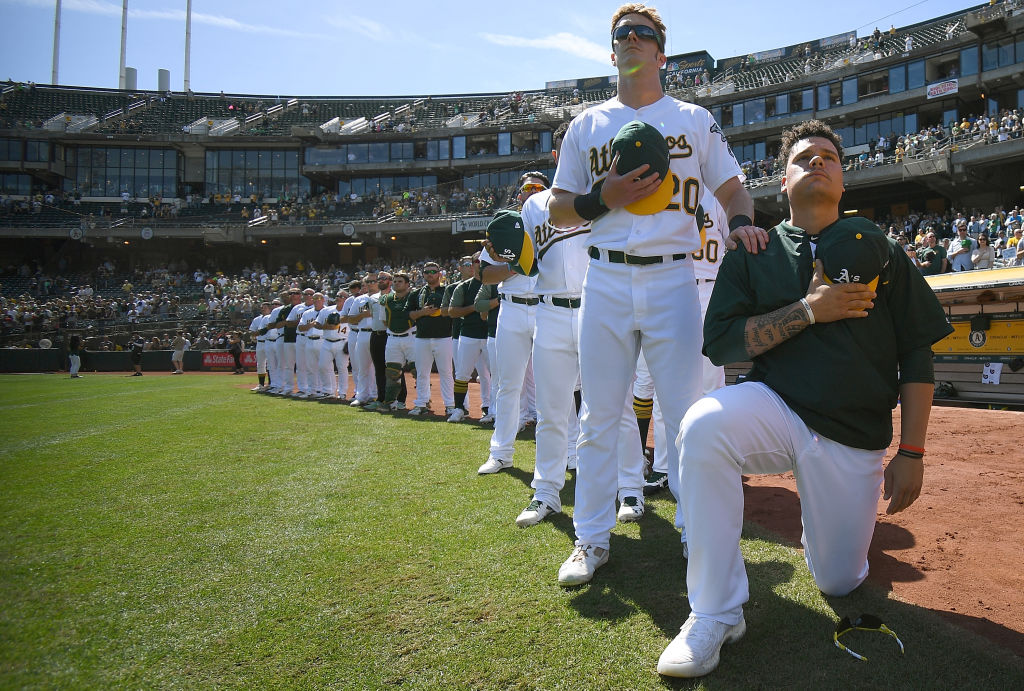 It was one thing when A’s catcher Bruce Maxwell elected to take a knee in Oakland in front of the home fans, but it was up for debate as to how things were going to go on the road.

The A’s traveled to Texas for a series with the Rangers on Thursday, and fans were not appreciative of how Maxwell kneeled during the national anthem. They responded with boos, which came on multiple occurrences, according to the Associated Press.

The catcher was warming up starter Sean Manaea, out of view from many fans and cameras. One fan near the Oakland dugout said ”boo” in a normal voice, and a small number of fans booed when Maxwell batted in the second inning.

Not really a huge surprise.