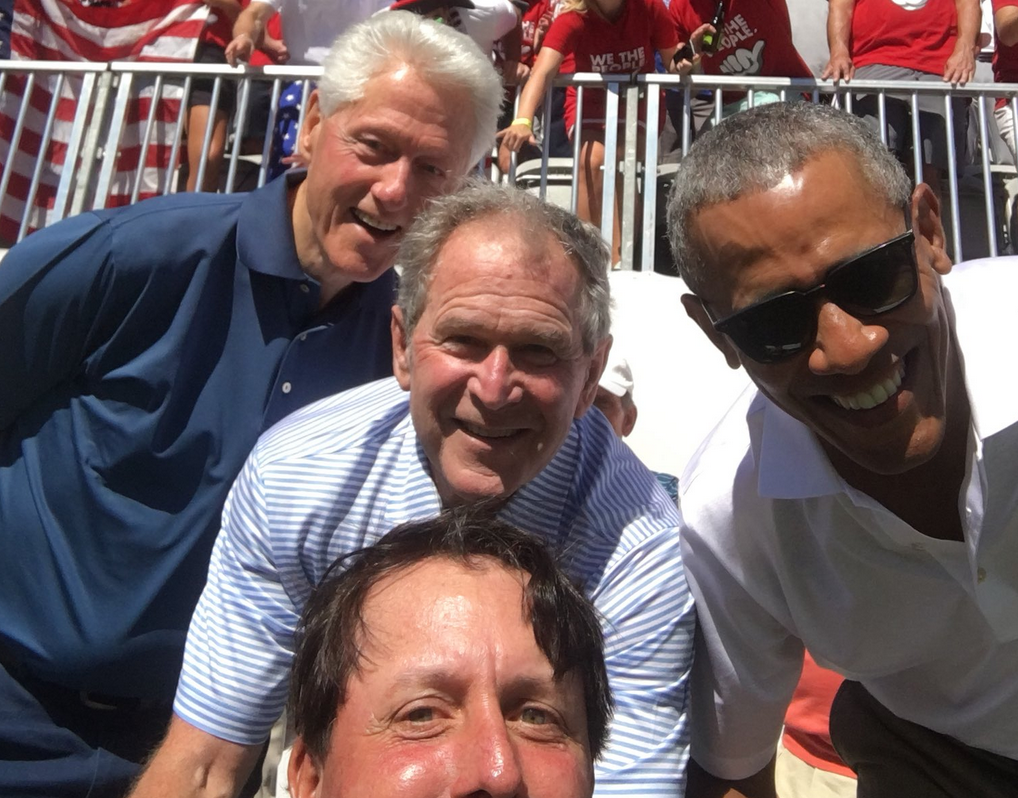 The Presidents Cup is a big deal, and even though current POTUS Donald Trump was not in attendance — possibly due to everything that’s been going on right now — many other former presidents were.

In fact, the last three presidents were all there, and Phil Mickelson managed to get a selfie with all of them, which is pretty awesome when you think about it.

When you can take a selfie with three US Presidents, you do it!! pic.twitter.com/E3pNlZ07gs

So much history in that picture. Wouldn’t you love to be a fly on the wall to hear what the trio talked about?