Report: Joe McEwing Could Be A Candidate For Mets' Manager Job 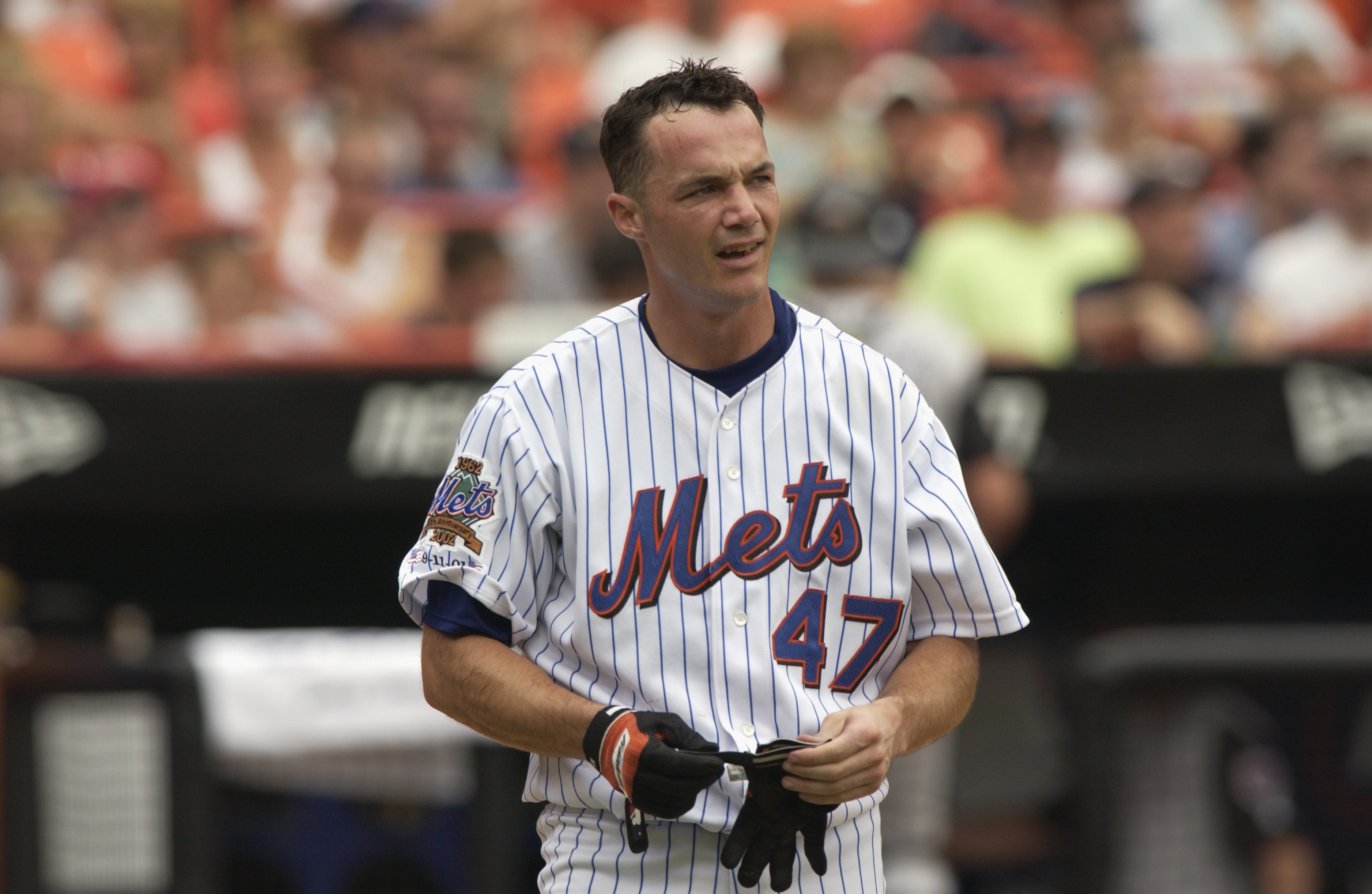 Report: Joe McEwing Could Be A Candidate For Mets' Manager Job

The New York Mets technically have a manager right now, but the general consensus is that Terry Collins will be out of a job come Monday. The team already has a wish list for their next skipper, and everyone on that list has ties to the organization. It looks like we can add one more name to the list, and he is (fittingly) a former Met. Joe McEwing, who played for the Mets from 2000 to 2004, is also on the radar for the manager’s job, Mike Puma of the New York Post reports.

FLUSHING, NY – AUGUST 5: Left fielder Joe McEwing #47 of the New York Mets takes off his batting gloves during the MLB game against the Arizona Diamondbacks on August 5, 2002 at Shea Stadium in Flushing, New York. The Diamondbacks won 2-0. (Photo by Ezra Shaw/Getty Images)