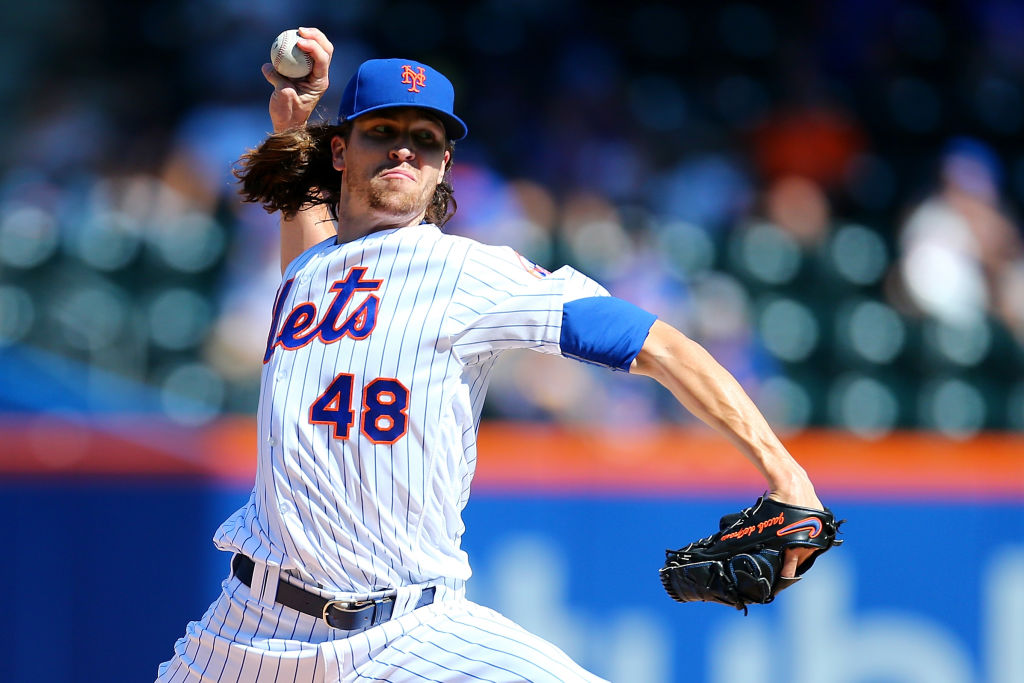 New York Mets’ General Manager Sandy Alderson figures to have a busy offseason. Alderson will likely be shaping a new coaching staff and trying to fix a roster that disintegrated from a playoff team in 2016 to a 90 loss squad in 2017. One item that wasn’t necessarily on the original to do list was locking up some of the team’s young pitchers to long term deals, especially since most of them had down years or were injured. The one exception is Jacob deGrom, who cracked 200 innings for the first time and leads the Mets with 15 wins. The Mets are planning on starting extension talks with deGrom this winter, FanRag Sports’ Jon Heyman reports.

There is no immediate pressure to do a long term deal with deGrom, who is 15-10 with a 3.53 ERA and has a career high 239 strikeouts in 201.1 innings pitched. deGrom isn’t eligible for free agency until after the 2020 season, giving the Mets three more years of team control, but it makes sense to at least pursue a five year deal. The deal would guarantee deGrom a solid amount of money for the next five years, giving him financial security in the event of an injury that could wreck his value. The Mets would also benefit by locking up an elite pitcher at a reasonable rate, giving them cost certainty through deGrom’s arbitration years and buying out a year or two of free agency. deGrom won’t be eligible for free agency until he is 32 years old, so there is some incentive on his end to consider a deal.

There really isn’t anyone else for the Mets to consider a long term deal with right now. Matt Harvey is a mess and only a year from free agency while Noah Syndergaard, Steven Matz, and Zack Wheeler still have years of team control remaining. The latter three pitchers are also coming off injury plagued seasons, so the Mets will want to see them re-establish health and deliver good results before they consider long term contracts.