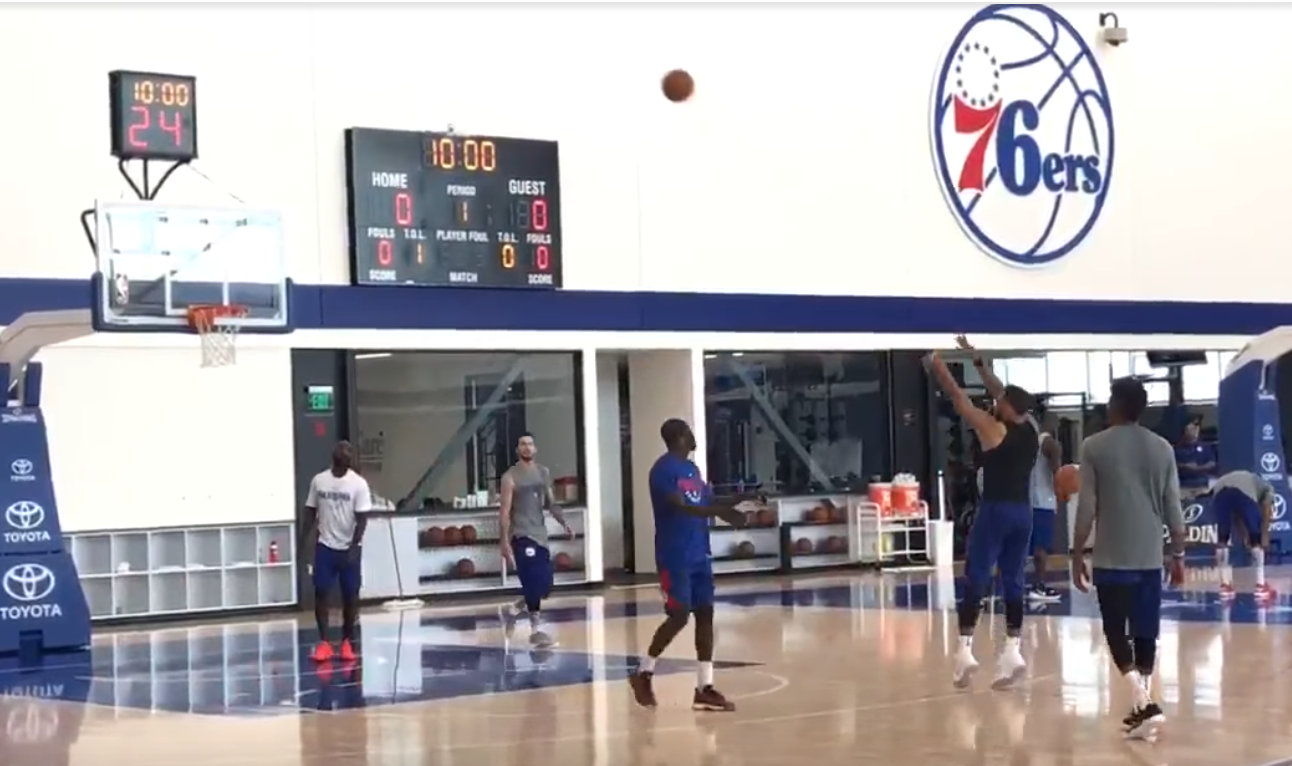 That mantra applies even when the team undergoes a shooting slump where the ball just won’t go in the basket — and not just during games, but during practices as well, like what took place during shootaround on Wednesday, for example.

Even with all of the young talent the team now has on its roster, the Sixers went through a stretch that lasted close to a minute, in which they literally could not buy a basket. Whether it was a lay-up, mid-range jumper or perimeter look, nothing was going in. You can watch and see for yourself in the video clip, and you’ll notice that it cut off before anyone could succeed in making a bucket.

Training camp may just be getting underway, but the Sixers are now in midseason form, it seems.