Are the Royster Brothers becoming Self-Aware in Week 4 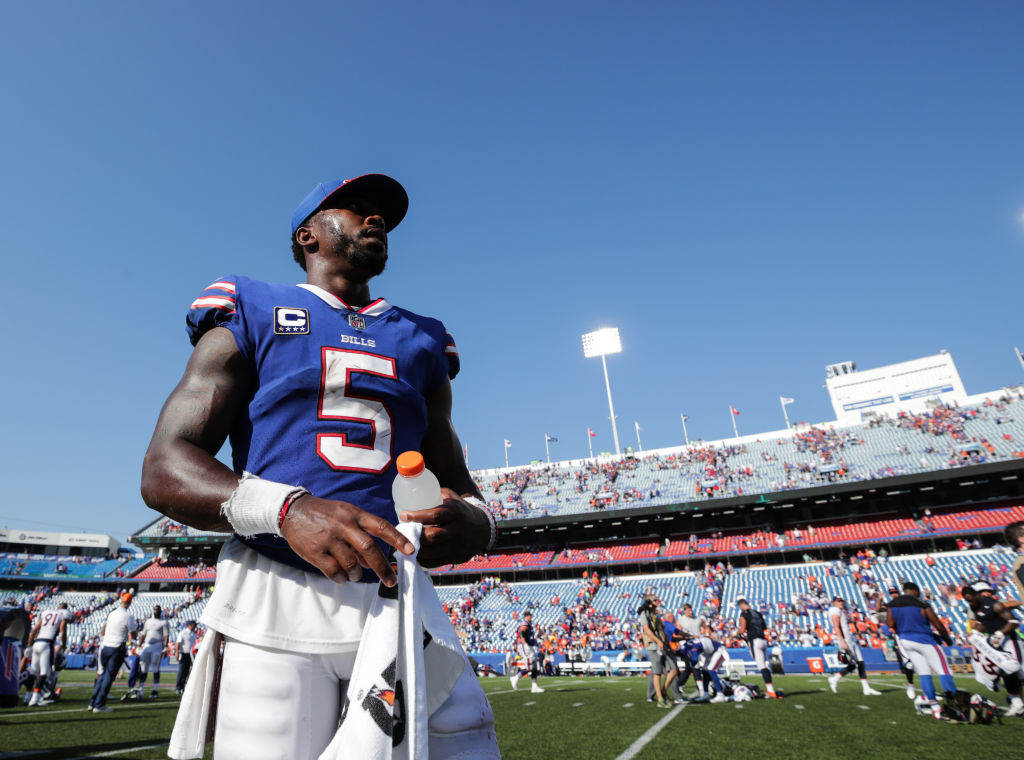 Are the Royster Brothers becoming Self-Aware in Week 4

So, there’s always that point where Attiba and I get into a groove and realize what NFL teams are what. There will be a more comprehensive podcast about this in a few weeks.

We feel like now we’re like Skynet from “The Terminator” franchise. We’re becoming self-aware, and we aren’t going to fall for or stand for NFL foolishness — for example, in his bonus picks last week, Attiba correctly picked both Houston (+13.5 at New England) AND Chicago (+7.5 vs. Pittsburgh). That is some next level sentience on the part of my brother.

Let’s see about this week.

Adio’s Pick (1-2 in 2017)
Buffalo Bills +8 at Atlanta Falcons AND
Tampa Bay Buccaneers -3 vs. New York Giants
That is not a typo, and I have not made a mistake. My pick this week is a two-team parlay with the Bills and Bucs.

When we did the 2017 Royster Brothers preview, I made it a point to express to Attiba that the Bills could be particularly frisky now that the stench of the Ryan’s has been Febreezed out of the organization. (I’m firm in my position that teams should just stop hiring either of the Ryan Brothers at this point. They’re done. Let them fade into obscurity.)

Enter Sean McDermott — who is also a defensive minded coach, but at least McDermott gives a little bit of a damn about offense. Rick Dennison, the Bills offensive coordinator, has been focusing more of the offense on quarterback Tyrod Taylor. Taylor has been rolling out a lot more this season, and he’s been given more control as far as audibling out if he doesn’t like what he sees.

LeSean McCoy has gotten off to a slow start this season, but I like the possibility of him breaking out this week in Atlanta on that fast turf.

My bonus reason for picking Buffalo is they’re one of two teams that are “Linus’s blanket” — as Attiba and I like to say. They’ve covered every game against the spread so far this year, and eight is a lot of points for Atlanta to cover considering they SHOULD BE 2-1 right now.

As far as taking the Bucs, my reason is simple. The Giants stink. I’m sorry, but they do. The opening line for this game was 4 ½, but folks started betting it down. Now it’s down to Bucs -3, and I feel like folks have suffered from the effects of a neuralizer. What rational human being is laying hard-earned Benjamins on the Giants — a team that has looked terrible on offense.

Sure, they finally scored 20+ points in a game, but 14 of those points against the Eagles came after a fumble by tight end Zach Ertz and a 77-yard catch and run by Sterling Sheperd. The Giants were barely in the red zone against Philadelphia, and the Eagles defense dominated for three quarters. As long as Tampa Bay doesn’t turn the ball over and force the Giants to march down the field, the Bucs win this easy.

So, it’s week four, and I think we can safely say we know who these teams are. In the beginning of the season, I had the Rams pegged as a “great defense, no offense team”, but they have shown with their scheme they can go get points.

Despite being the youngest head coach ever, Sean McVay has gotten his team ready, and put them in position to win every week. (Cliche’ alert!) You only need to look across town to see an example of the opposite of that. The Cowboys have not looked too impressive in their last outings, so I’m inclined to go with the Rams here.