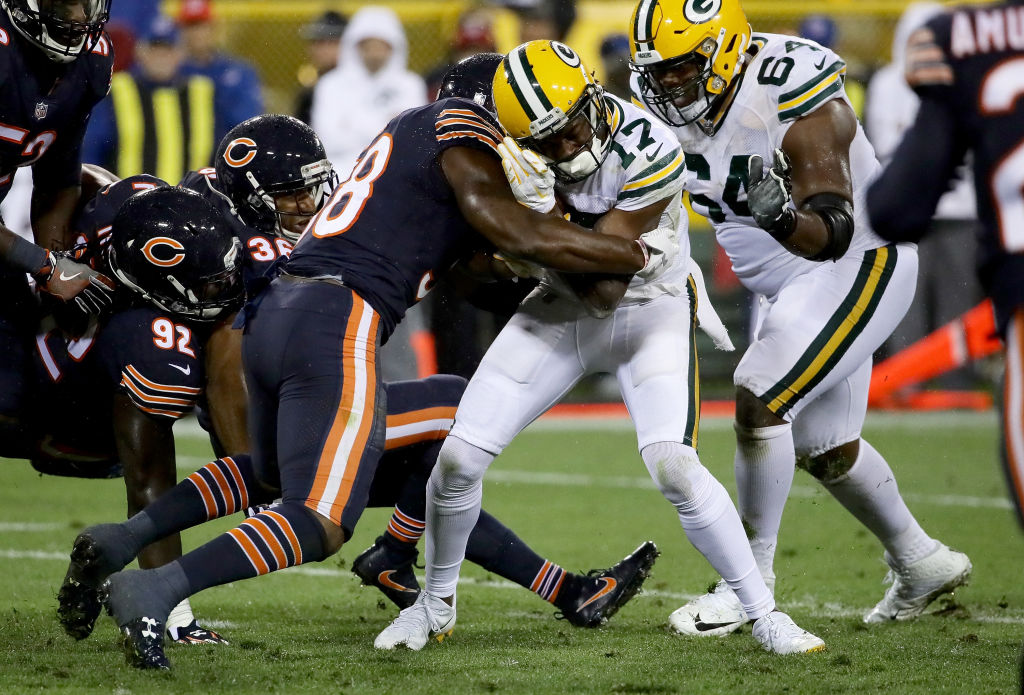 Davante Adams was the unfortunate recipient of a cheap shot from Danny Trevathan during Thursday night’s game, and it was scary to watch.

NFL fans around the world cringed after seeing Trevathan come in late and lead with the crown of his helmet, drilling Adams right in the head. Adams was carted off the field and taken to a hospital in an ambulance for further tests.

While Adams was not diagnosed with anything immediately after leaving the field, many were worried that he was concussed or suffered some sort of a neck injury. The Packers have not said anything as of yet, but Adams tweeted this piece of good news Friday afternoon.

The extended time until the Packers’ Week 5 matchup will certainly do Adams some good, as the extra rest should help him get back up to speed without missing a beat. We’re just happy he’s doing OK.