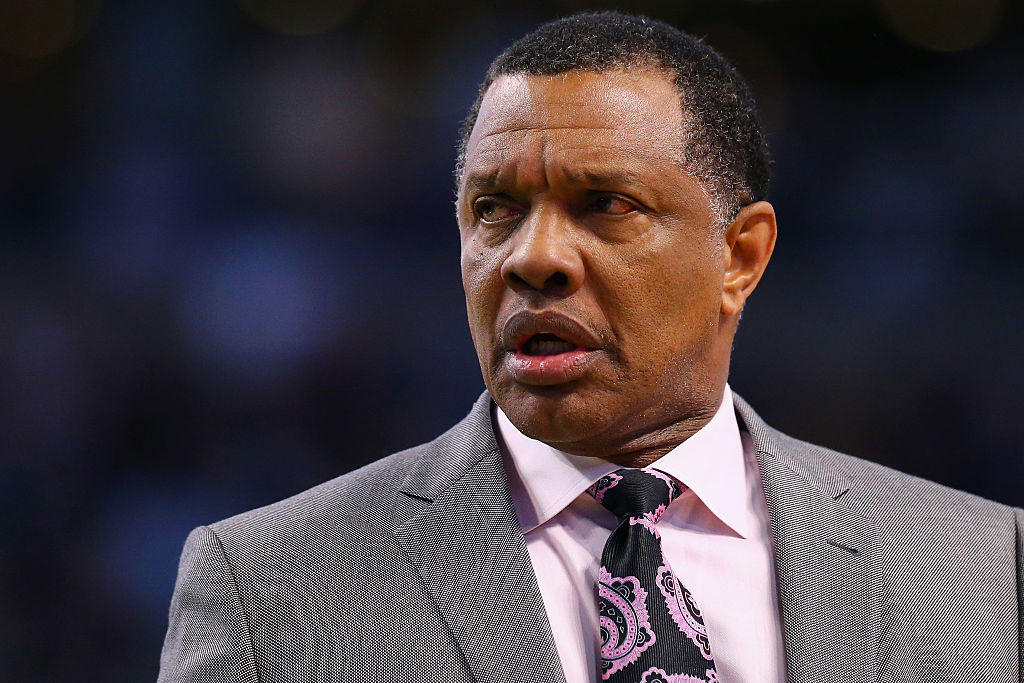 While Solomon Hill should return at some point in 2018, his extended injury absence makes it difficult for him to fulfill his role as X-Factor this season. Hill was projected as the starting small forward alongside Anthony Davis, DeMarcus Cousins, Rajon Rondo and Jrue Holiday. Now, that fifth spot in the starting five is completely up in the air.

Alvin Gentry enters the 2017-18 campaign with the weight of mounting pressure on his shoulders. Neither he nor GM Dell Demps is guaranteed to remain in New Orleans long-term, and the fate of their tenures may hang on this season’s results.

There are no clear solutions when it comes to replacing Hill in the starting five. But more on that soon. First the fun stuff.

NOLA has no shortage of offensive star power surrounding Davis. This has been true for a half decade, but Cousins and Rondo are a cut above Tyreke Evans, Eric Gordon and Ryan Anderson. The triumvirate of Holiday, Rondo and Cousins combined to average 18.6 assists per game in 2016-17. That’s more than the entire last-placed Toronto Raptors (18.5 per game), and it’s more than any projected starting threesome in the NBA besides the new-look Houston Rockets. The three Pelicans may have a tough time topping the Warriors (Curry, Green, Durant – 18.4) now that Jrue, Rajon and DeMarcus share the same ball, but this is by far the pass-happiest bunch that Gentry has coached since bolting the bay for the bayou.

Defensively, Holiday is as capable of covering elite wings as any point guard in the league, and Rondo has the length and intelligence to be a factor if he’s committed. Call me a hater (or don’t), but the jury (of one) is still out on Anthony Davis, who bites on pump fakes and finds himself out of position more frequently than he boxes out or remains disciplined on defense. Despite boasting unreal athleticism and two All-Defensive Second Team honors, Davis reminds me more of Carmelo Anthony than Kevin Garnett, which is only a problem because basketball is a sport where the most massive players are the most important stoppers. Unless Boogie reinvents himself as a rim-protecting anchor, the Brow needs to make a rather sizable leap on that end for the Pelicans to actually compete in the wild west.

Back to the point. Specifically, that fifth starter, and rotation construction in general. After all, it’s 5-on-5, not 4-on-4.

Dante Cunningham, perhaps the favorite to earn that final starting spot, recently agreed to re-sign with New Orleans (one-year, $2.3 million) rather than leave for Minnesota. At 6-8, 230 lbs. with a 6-11 wingspan, Cunningham (30) has the size, quickness, and grit to shift between the 3 and 4. Dante is coming off a career year in which he averaged 6.6 points (48.5 FG, 39.2 3-Pt, 59.3 FT), 4.2 rebounds, 0.6 assists, 0.6 steals, and 0.4 blocks in 25 minutes per game across 66 games (35 starts). Nevertheless, he is a defensive-minded glue guy, and despite posting a career-high percentage from beyond the arc (on 2.7 attempts per game) last season, he won’t scare the opposition into sticking with him along the perimeter. Unless Cunningham is on the path to becoming a knockdown three-point shooter, that’s a problem next to Rondo. Regardless, if the Pelicans prioritize defense from their fifth starter, Cunningham essentially has it locked up, as Tony Allen can’t shoot (and therefore can’t play next to Rondo much, if at all).

If Gentry focuses on offense, the last starting spot should go to Jordan Crawford, E’Twaun Moore or Ian Clark.

Following a two-year exile from the NBA, Crawford cooked up his best campaign in 2016-17, albeit in just 19 games. Posting per-game averages of 14.1 points (48.2 FG, 38.9 3-Pt, 78.9 FT), 3.0 assists, 1.8 rebounds, and 0.6 steals in 23.3 minutes puts the soon-to-be 29-year-old shooting guard in the conversation. But Crawford seemed comfortable as the sixth man, and he’ll have far more opportunities to score (and be showcased offensively) with the second unit.

With all due respect to Dante Cunningham, E’Twaun Moore and Jordan Crawford, I’d go with Ian Clark.

Clark (26) is listed as 6-3, 175 lbs. However, his wingspan (6-6.5) is actually an inch longer than Crawford’s, and the former Warrior seems to be an ideal offensive fit in the starting five. While Crawford and Moore both shot better from beyond the arc last year, Clark has the upside, savvy, intangibles, and experience to fill the fifth starter role to perfection.

Minutes have been hard to come by for Clark during his three seasons in the league. That’s what happens when you’re backing up the Splash Bros. But in the process of fighting tooth and nail for opportunities and spending so much time studying superstars from the sidelines, Clark developed winning habits. Before long, he could solidify himself as the team’s top sharpshooter. He proved capable, especially when the Warriors rested their regulars.

Clark’s character, skill set and playing style all played a part in his landing with the Pelicans. That and the price was right for a franchise without much cap space. Starting Clark would also allow Gentry to bring more experienced vets off the bench. Alvin will almost certainly try to keep Davis or Cousins on the court for the entire game, and it’s possible he’ll do the same with Rondo and Holiday. But suppose Gentry decides to give several starters an early breather or wants to get the bench involved. He can run Moore, Crawford, Allen, Cunningham and Cousins, allowing DeMarcus to operate as the primary offensive option while Jordan hunts for buckets and E’Twaun, Dante and the GrindFather do the dirty work.

It won’t be easy surviving sans Solo, who finished 2016-17 on a high note after struggling to acclimate early. But it will be interesting to see who starts in his place on opening night. As several Pels alluded to on media day, falling behind the pack in the Western Conference playoff race is not an ideal recipe for success. Gentry is facing immense pressure regarding rotations and the defense versus offensive spacing conundrum. A sky-scraping tightrope walk is awaiting, now merely weeks away.