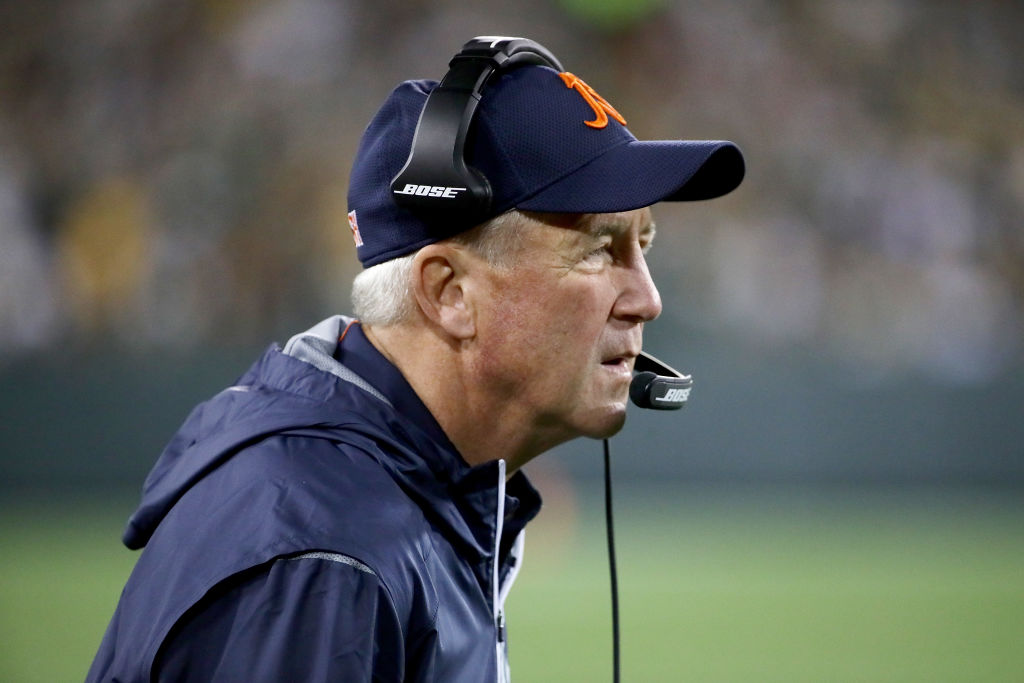 After the Bears were blown out by the Packers, 35-14, on Thursday night, in a nationally-televised game, it’s safe to say John Fox is on the hot seat, and is likely coaching for his job.

The Bears failed to win more than six games in each of Fox’s first two seasons as the team’s head coach, and they’re off to a 1-3 start this year. Chicago lacks an identity on offense, and inconsistent play at the quarterback position is not helping matters.

Veteran quarterback Mike Glennon completed 21 of 33 passes in Thursday night’s loss, but turned the football over three times, while only throwing for one touchdown. Given that the team has a young group of playmakers on offense, as well as having extended rest, with the Bears not playing again until Oct. 9, now appears to be the right time to start rookie quarterback Mitchell Trubisky over Glennon. The team traded the farm to select him with the No. 2 overall pick in this year’s draft, and he seemed to provide a spark during his time under center in the preseason.

Fox, however, isn’t committing to a quarterback change going forward at the current time, and danced around the question regarding a possible switch when asked after Thursday’s loss.

He was also asked why Trubisky was active for Thursday’s game, and had this to say:

Fox on why Trubisky is active: "In case of injury." #Bears

Glennon has now committed eight turnovers in his first four games as the Bears’ signal-caller, and this team needs a spark. Week 5’s game appears to be the right time to start Trubisky, and we’ll see if Fox makes the switch.