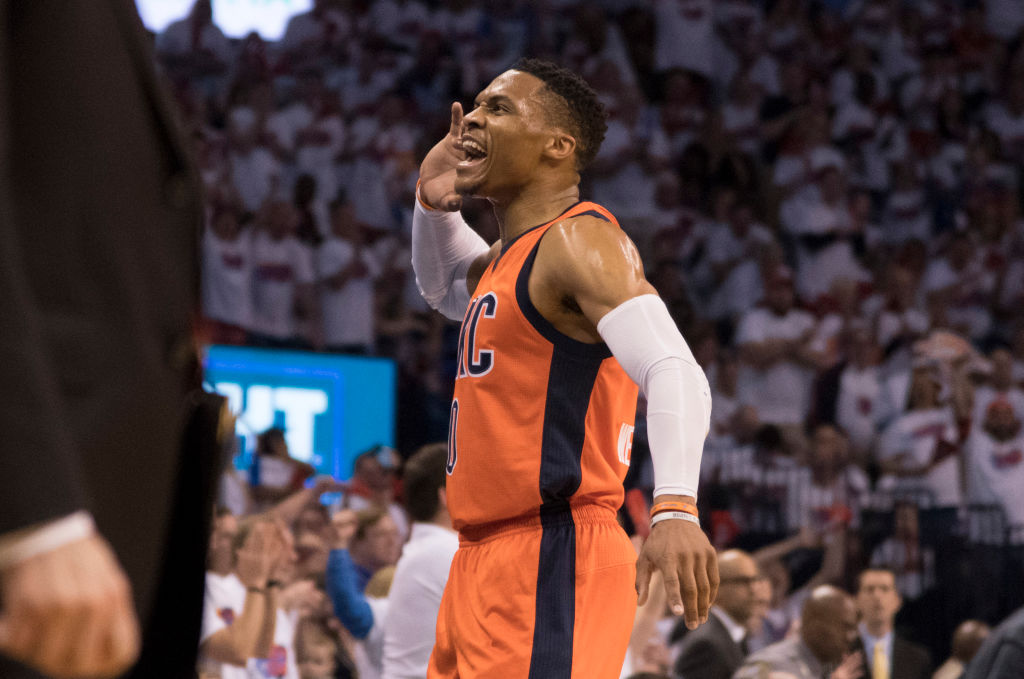 There was a lot of talk about whether or not Oklahoma City Thunder star Russell Westbrook would sign his extension to remain with the team going forward.

Rumors of him sticking around for a year and then jumping ship to Los Angeles were circulating, as some tried to predict what next summer’s free-agency frenzy would look like. LeBron James and Paul George were being linked to the Lakers, so it wasn’t crazy to presume that Westbrook could possibly join them.

But he’s now staying in OKC, after signing the largest deal in NBA history on Friday.

Here’s the troll job, though. Today is Sept. 29, which just so happens to be Kevin Durant’s birthday.

Westbrook will likely deny that the date had any significance on the timing of the deal, but there are 365 days in a year. It seems too uncanny that this was some sort of an accident. And let’s be honest, Westbrook is a master troll — he knows exactly what he was doing. He’s the face of the Thunder franchise — and he did it on the birthday of the guy who once held that same title.