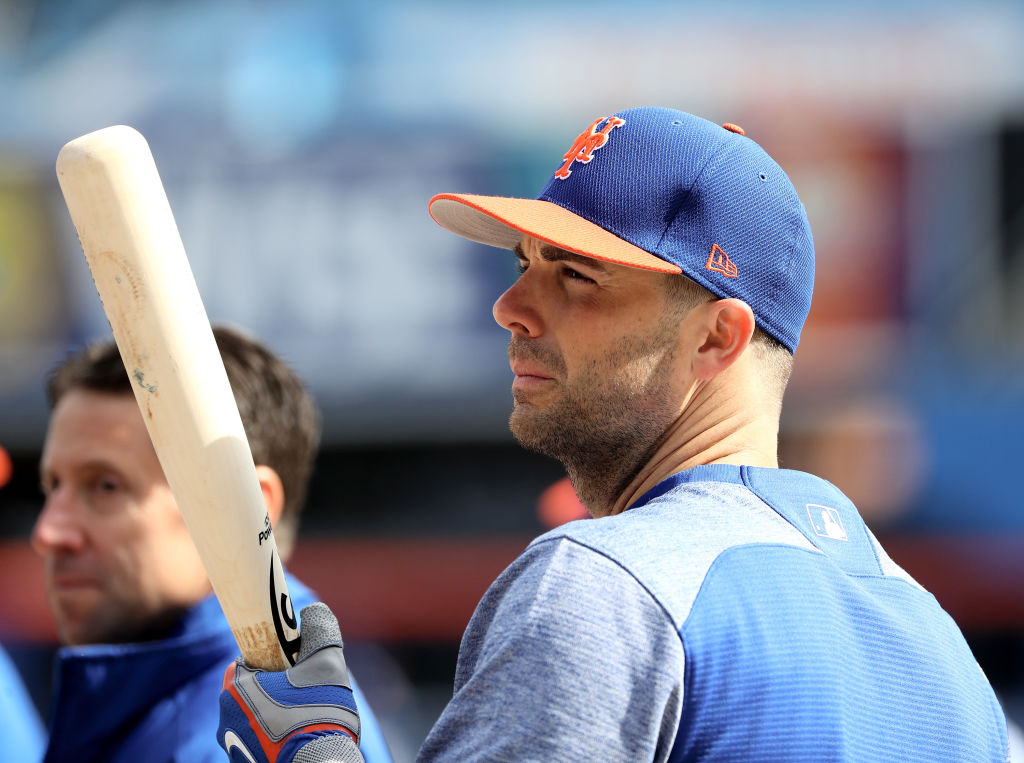 The last weekend of the New York Mets’ season has been overshadowed by the looming departure of manager Terry Collins. Collins will likely be replaced as skipper after the season concludes on Sunday, but instead of giving him a respectful exit the organization has chosen to anonymously bash him in the media. This is a completely gutless and classless way to treat the longest tenured manager in franchise history, but this is sadly not uncommon for the Mets. Third baseman David Wright, who has long been one of Collins’ biggest supporters in the clubhouse, is furious with how the situation is playing out.

during Opening Day on April 3,2017 at Citi Field in the Flushing neighborhood of the Queens borough of New York City.

The Mets’ captain ripped his teammates for anonymously blasting Collins, Kristie Ackert of the New York Daily News reports. Wright described the anonymous bashing as “cowardly” and noted that Collins has always had his door open to talk with his players about anything. Jacob deGrom also agreed with Wright’s assessment, saying that it was “ridiculous” for players to badmouth their manager in the media. Wright also challenged his teammates to “man up” and discuss their issues with Collins or any manager directly instead of hiding behind anonymous quotes.

Both Wright and deGrom are absolutely correct that it is absolutely cowardly to leak info to the media without putting your name on it. The Mets’ organization has created a serious lack of accountability through its years of the front office leaking stories to put their spin out there ahead of unpopular decisions. Now that has drifted into the clubhouse, creating a toxic atmosphere that doesn’t exist with winning franchises. Ownership and General Manager Sandy Alderson are both to blame for fostering this atmosphere, particularly Alderson since he was brought in help give the organization credibility and professionalism. Even though Fred Wilpon may have forced Alderson to work with Collins longer than he wanted, there was no reason to allow the anonymous leaking to go on essentially unchecked for the past few years. The Mets need to seriously clean up their act if they want to be seen as a truly professional organization and not as a bunch of self interested clowns who air their grievances in the media instead of discussing them like adults. Wright, who is still an active player, showed more maturity with this interview than most of the organization’s front office has shown in years.