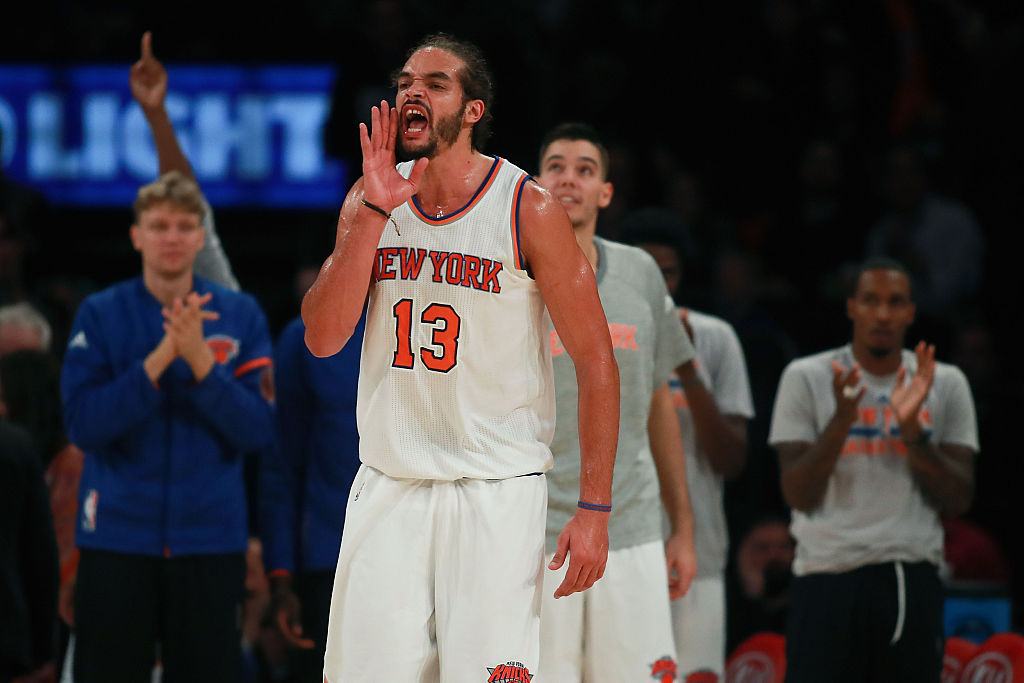 Various injuries limited Joakim Noah, the Knicks’ $72 million man, to an underwhelming 46 contests last season. The big man failed to make a positive impact and contribute consistently, and in turn, he was relegated to playing just 22.1 minutes per contest when healthy. Noah had difficulty staying on the court for longer durations of time with his body simply not holding up. What’s more, the suspension he suffered toward the end of last season will carry over into the new campaign, eliminating him from New York’s first eleven games.

Luckily for the team, both Willy Hernangomez and Kyle O’Quinn stepped up and each proved themselves capable of playing meaningful minutes. The addition of the incredibly efficient Enes Kanter, and the continued emergence of budding star Kristaps Porzingis, will make for a very crowded Knickerbocker front court. Given his own struggles and the hole he’s in to begin the season, all signs would lead to Noah serving as nothing more than an afterthought.

Surprisingly enough, though the deck may be stacked against Noah, he isn’t simply laying down for the count. Clearly on a quest for redemption, the 32 year old has impressed head coach Jeff Hornacek quite a bit in training camp.

“Coming off those injuries, literally, I’m shocked of how well he’s played just because I didn’t think he was gonna be ready this early,” Hornacek said following Saturday’s practice according to the New York Post. “I’m extremely happy with how he’s playing. He’s playing the right way. He sets great screens, he rolls hard, which opens up other things for guys if he doesn’t get it. He’s been finishing with driving layups. He’s been playing great.

“[Noah] wants to come back and show everybody what kind of player he is and he’s worked hard to do that over the summer. I give him a lot of credit so far.”

With his front court mates also making an impression and each one getting a chance to start the season fresh while he remains sidelined, it’ll be interesting to see how Coach Hornacek chooses to eases Noah into the equation.