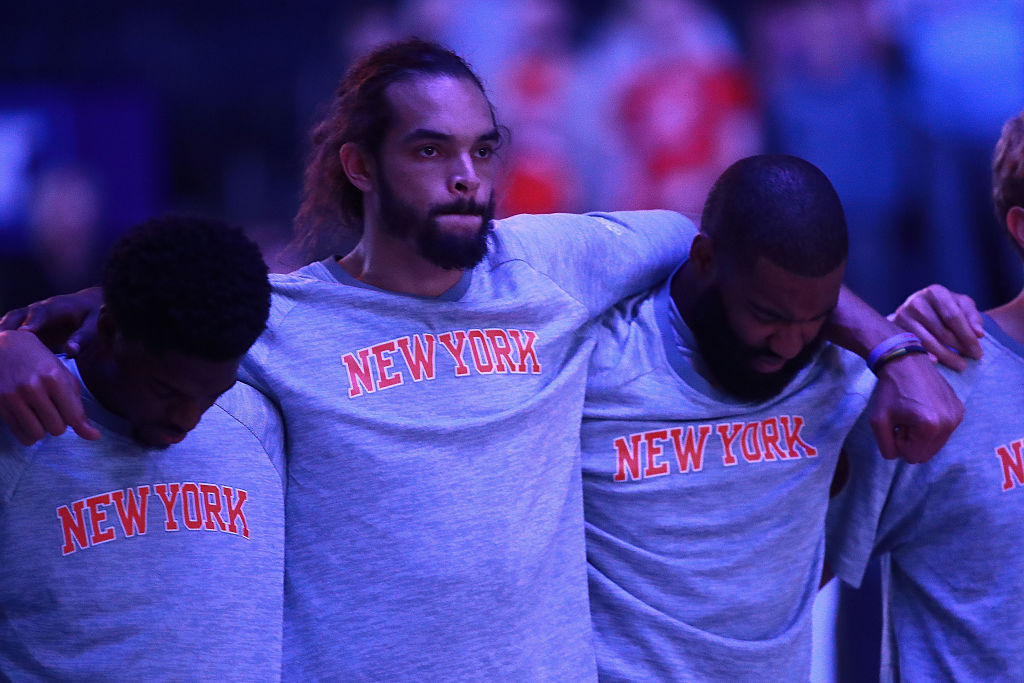 Despite the NBA’s mandate that teams must stand during the national anthem this season (amid the ongoing displays of protest across the sports world), the Knicks are still making it a priority to discuss how they plan on showing unity and take a collective stance as a group.

“Whatever we do, we’re gonna do it as a team,” Lance Thomas said, according to the New York Post. “I’m gonna speak to my teammates and see what we come up with.”

“The NBA is a big platform, so I understand where [the league] is coming from,” Joakim Noah, who has been known to be outspoken when it comes to politics, added. “For some reason I feel like things are a little different,” he said. “I don’t know why. I feel like there’s more emphasis on it. Shout out to [Colin] Kaepernick for that.”

How each team decides to express itself and what message the players choose to promote is sure to be a pressing topic this season, and the Knicks will be no exception.