Knicks' young core has plenty of experienced teammates to lean on 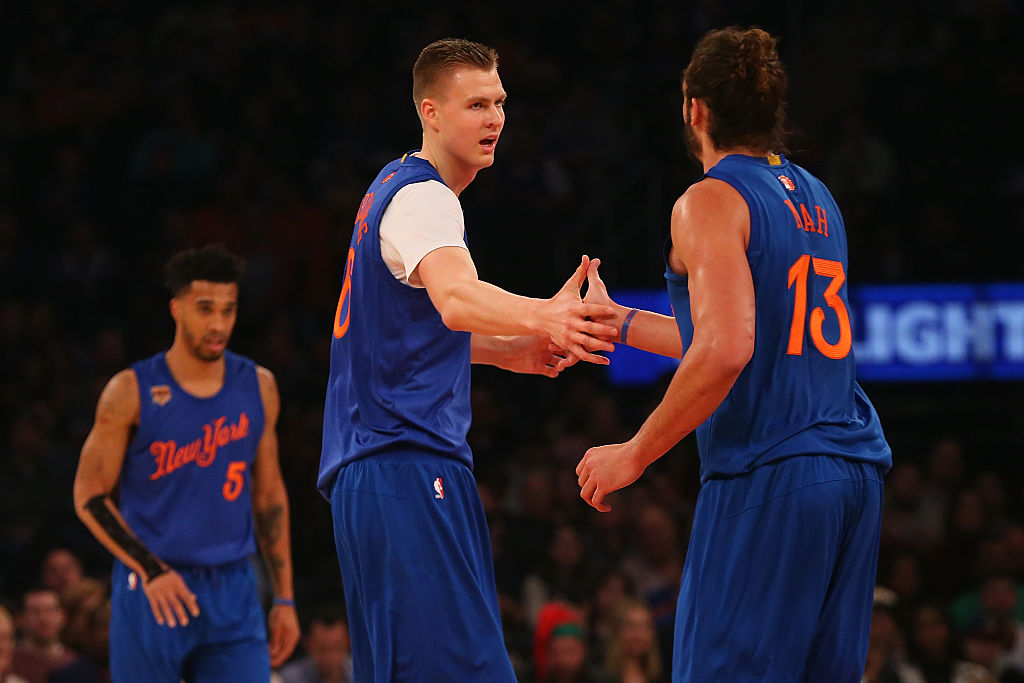 Knicks' young core has plenty of experienced teammates to lean on

The Knicks have a fresh outlook on a potentially promising future, but the organization will have to be patient. Their young core will need time to develop, both as a group and individuals. The opportunity to compete at a high level will have to wait, as from a talent standpoint, each of the players the team is preparing to go to war with on a nightly basis for years to come, leaves something to be desired.

Kristaps Porzingis will take time to come into his own as New York’s primary option on offense, especially as opposing defenses make adjustments to cover him. He’ll also need to develop consistency, both in his game and his ability to stay healthy. Tim Hardaway Jr. and Willy Hernangomez both need to continue honing their defensive skills and respective IQ’s in order to remain on the floor during longer stretches. As for Frank Ntilikina, he’ll need time to acclimate himself to the NBA game for the first time.

Needless to say, there are sure to be growing pains with this group, but the Knicks should take solace in the fact that there’s more than likely going to be a bright light at the end of the tunnel. While the development of the youngsters will surely be at the core of who the Knicks are and what they revolve around moving forward, the organization has also made it a priority to surround its budding prospects with support and mature and able veterans. All eyes may be on the evolution of Porzingis and Co., but this team is undoubtedly built in a very balanced way in an effort to keep things running smoothly behind the scenes.

While he’s less likely to make the final roster, Jarrett Jack currently stands tall as New York’s elder statesman with twelve seasons under his belt. Both Joakim Noah and Ramon Sessions are entering season eleven in their respective NBA careers. Courtney Lee is heading into year ten, and Lance Thomas is gearing up for his eighth professional campaign.

Each veteran boasts unique experience that will help them provide their up and coming teammates with guidance. Jack is one of the most well respected locker room guys in the league, and Sessions is consistently sought after by many teams at each passing trade deadline. Lee has shared the hardwood with NBA and NCAA champion Shane Battier, Hall of Famer Yao Ming, and future Hall of Famers Kevin Garnett and Vince Carter during his career, just to name a few.  As for Thomas, he’s a most traveled veteran, grinding away with sporadic stops in the NBA, D-League, and overseas before finally settling in with the Knicks.

Noah is an interesting case, due to his most recent struggles. He’s failed to stay healthy and make meaningful contributions. He’s obviously made some poor choices, the latest resulting in a suspension that he will continue to serve to start the new campaign. Still, as a two-time NBA All-Star and former Defensive Player of the Year, he could certainly provide mentorship to the Knicks’ inexperienced bigs as he too learns from his mistakes.

The Knicks’ young core certainly has a lot to learn, but thanks to the way the front office has assembled this team, they’ll have no shortage of seasoned teammates to help ease the transition along the way.