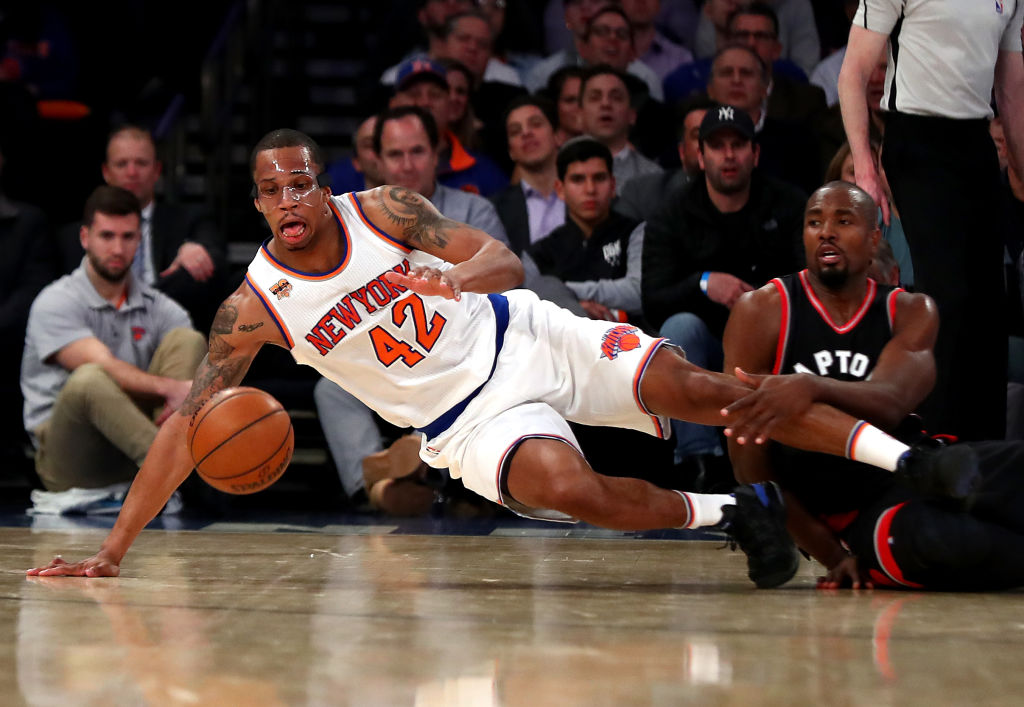 It’s not everyday that a team calls upon a 29 year old to be a primary guiding light for its youngsters. It’s also even less common for a player entering just his fourth season with a team to be the most tenured on the squad, but that’s the boat Lance Thomas finds himself in for the transitioning Knicks.

It’s a role that Thomas, who recently authored a note in The Players’ Tribune to departing teammate Carmelo Anthony, embraces. After grinding his way to the NBA and embarking on a path far less traveled filled with D-League and international stops, there’s no one better for these youngsters to learn from about determination and hard work than Thomas. He spoke with Jonah Ballow about his new opportunity. See below.

After proving his own worth and earning himself a sizable contract in the summer of 2016, Thomas struggled to fight through injuries last season. Appearing in just 46 contests, the forward only received sporadic playing time in Jeff Hornacek’s rotation as he returned. Still, once he found his rhythm, the Thomas that New York has come to love began to emerge. In fourteen post All-Star break performances, the eight year veteran averaged 9 points with a shooting clip of 42/47/83 and 5.7 rebounds.

He’s always been the kind of player who can defend an opponent’s best player, hustle, and dive for loose balls. Regardless, Thomas’ stellar efforts need to extend to both ends of the floor. If he can do that once again, he’ll find steady minutes this coming season.