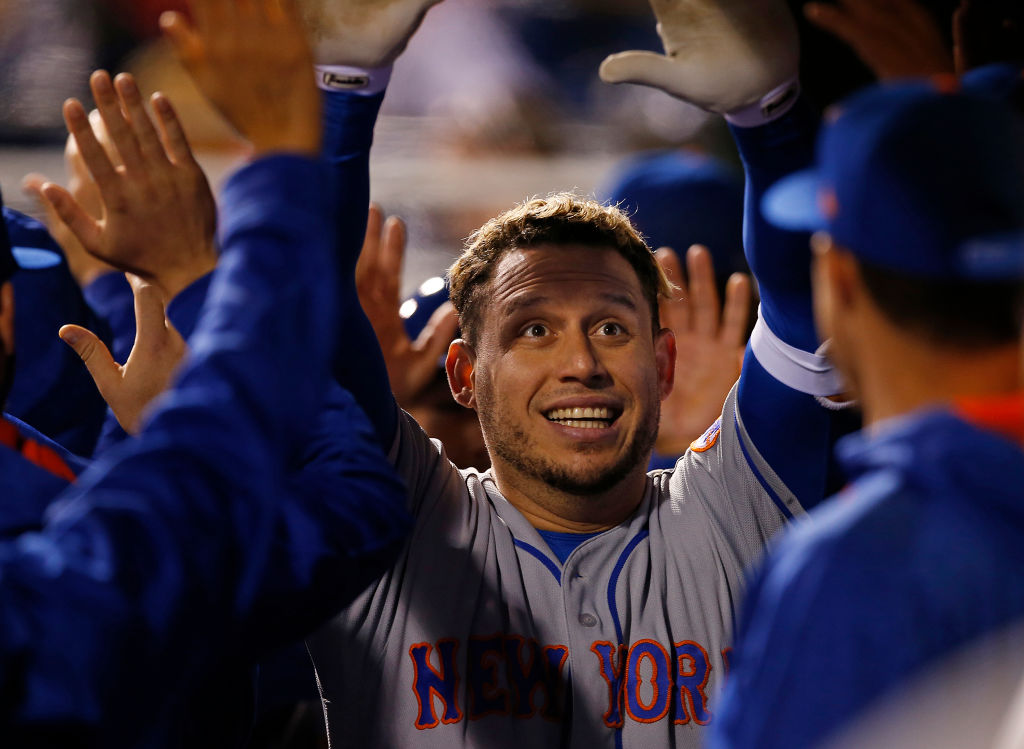 The day has finally come. The New York Mets (70-91) are set to wrap up their season this afternoon. The last series of the season has been a split so far, with the Philadelphia Phillies (65-96) scoring a win on Friday night and the Mets responding with a 7-4 victory in 11 innings last night. Both teams will look to end their miserable seasons on a high note by securing a series victory in the regular season finale this afternoon. First pitch for the final game of the season is scheduled for 3:05 pm at Citizen’s Bank Park.

PHILADELPHIA, PA – SEPTEMBER 30: Asdrubal Cabrera #13 of the New York Mets is congratulated by teammates after he hit a three-run home run against the Philadelphia Phillies during the 11th inning of a game at Citizens Bank Park on September 30, 2017 in Philadelphia, Pennsylvania. (Photo by Rich Schultz/Getty Images)

The Mets will send right hander Noah Syndergaard (1-2, 3.18 ERA) to the mound today for the “start”. Syndergaard pitched well in his return from the disabled list last Saturday, tossing a scoreless inning against the Washington Nationals, and then departed in the second inning for Matt Harvey. The Mets have a 25 pitch limit in place for Syndergaard’s final outing, and after he hits it the plan is to utilize the bullpen to get through the day. The Phillies will counter with rookie right hander Nick Pivetta (7-10, 6.26 ERA). Pivetta earned his second consecutive win in his last start, tossing six shutout innings to defeat the Atlanta Braves last Sunday.