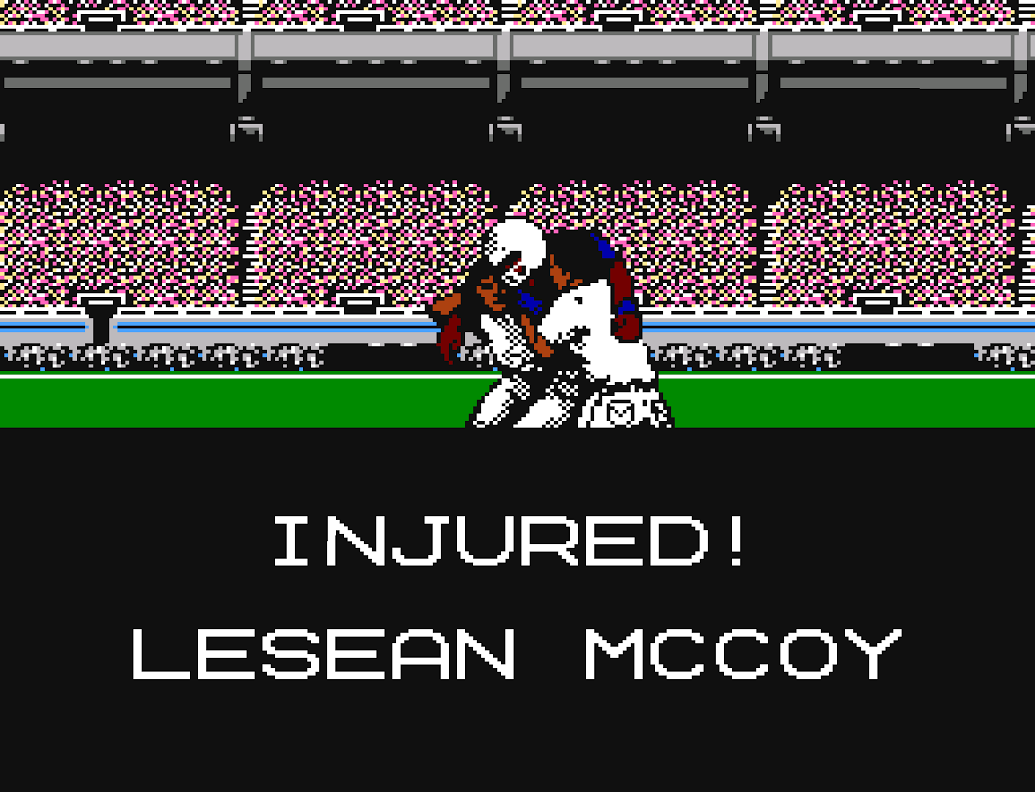 Another week, another team preview.  Enjoy, and (hopefully) enjoy the game!

This is the game the Bills come crashing down to earth. Atlanta is just too talented and I just feel the Bills are due for a letdown after such a tough win. I think Julio Jones is going to go off. Falcons win, 30-14.

Bills win over Denver was nice. Defense has really stood up and made Semian pay for his mistakes. I’m specially surprised with our DBs and McDermott deserves lots of credit (credit to Doug Whaley too!!! Haha).

While I think the bills may have a chance (more on that later) it’s hard not to go with the Falcons. To start, I predict that the no-reception-td allowed streak will come to an end this week. Falcon’s offense is too good, specially at home.

While I think that Shady will rebound with a very nice game (I don’t think Falcon’s front 7 is as good as previous opponents), if the Bills want to win, they’ll have to put up points; and we need good Tyrod. If we get good Tyrod, good Shady and good defense, we can make it. If any of those fails, this will be ugly. For that formula to work, we need a good game from our OL, which has not done Tyrod any favors so far.

In other words, for me, in this game, good OL = good Tyrod and good Shady. Ok then… Let’s go FAT BILLS!

Falcons 27 Bills 23 – Here is what we know about the Bills: They’re VERY good on defense and average to below average on offense. To me, this is a throw away game. If they win, everyone will be on notice, if they lose, meh.. no big deal. It’s a non conference road game for a team that is 2-0 in conference. The big game is next Sunday at the Bengals. Win that game going into the bye week…now we’re talking. The Bills keep this close but too much Matt Ryan and Julio Jones in the end. I wasn’t going to get into the anthem non-sense but I will: As many of you know my political beliefs lean more right. I believe the liberal-socialist ideology is dangerous, just as the alt-right ideology is. Equally so, in my opinion.

However, if there was a “Common Sense” political party I would be the leader of it. We all need to calm the hell down. EVERYONE. This story to me is so overblown so far over hyped I honestly don’t know what we’re even talking about anymore. I believe every American should stand for the National Anthem. This country is far from perfect, and there are some messed up people who we elected as leaders, BUT, there is no country in the world that allows you the freedoms and the opportunities that this one does. And that’s why we should stand. Now, am I going to get into ANOTHER useless media created culture war if less than 20% of the NFL team employees decide to kneel for 3 minutes? No. Because, even though I believe in standing, I don’t think kneeling is the end of the world. Soldiers died for that flag to protect that right to have peaceful protest.

What I do have a problem with are the players who sit. That bothers me. Don’t sit. Stand. And if you’re not going to stand, interlock arms and kneel. I was at the Bills game on Sunday, I was sitting 9 rows back from the Bills bench and McCoy was dead in front of me. What he did was selfish, and immature. The “look at me” approach doesn’t fly with me. But, once the F-16’s flew over it was game on, and done. I heard nobody talk about it at the tailgate, nor in our section. I’m gonna quote Aaron Rodgers on this, we all need to “R-E-L-A-X”. This country is extremely divided. I understand our President doesn’t help in that matter, but the divisiveness started well before Friday September 22nd. Gasoline was poured onto camp fire, and like moth’s we all got attracted to it. For as much fun social media can be, we’re seeing just destructive it is.

Hey, so how many people do you think will actually not watch football this weekend because of anthem kneeling? How many old white men will actually follow through on their promises to stop watching the sport they care so much about? Maybe 2%? It’s great watching these tubs of mayo having to choose sides between the sport they love and the deranged President they love. My guess is the overwhelming majority of them don’t have the fortitude to completely give up their precious football.

If they come back to football this weekend, they’ll get to see the Bills visit Mercedes-Benz Stadium in Atlanta for the first time. Billionaire Arthur Blank secured $850 million in public funds to build his new palace, despite the fact that Georgia Dome is six years younger than I am. PSLs in the new stadium cost up to $45,000 per seat. None of this is offensive enough to outrage football fans to the point of burning their apparel and tickets, but peaceful protest during the National Anthem is.

This game reminds me a lot of a 2013 Bills trip to New Orleans to face the 5-1 Saints. The Bills won a game they weren’t expected to win in Miami the week before and were being praised for the surprising play of their defense. But the high-flying Saints of Drew Brees, Jimmy Graham, and Kenny Stills were too much for them the following week. I expect something similar on Sunday. I think the Bills can keep the game close for a little while, but Atlanta has too much talent on offense for the Bills to contain and if the Bills have to turn to their passing game to stay with Matt Ryan, I don’t think they can keep up. Prediction: Falcons 28, Bills 17

So, like everyone else on here, I whiffed big time last week.  I was very impressed by the entire team last week, and I thought Tyrod placed fantastic.  That being said, I feel as though this is a bad match-up for Buffalo.  As great as Denver’s D is, there O is probably middle of the pack.  Atlanta’s O is top 5, maybe even top 1.

Even if Buffalo’s D plays lights out, I think Atlanta can still score in the 20’s, and I’m not sure Buffalo can do that without turnovers.  Teams are really forcing the Bills to throw.  I have confidence Buffalo won;t beat itself, but I think there is just too much firepower on the Atlanta offense to match up with.  Atlanta 31 Buffalo 17

I have to eat some crow after last week – the defense on this team is legit, and Rick Dennison has adjusted his offense to put Tyrod in better situations. I think the Bills should be able to move the ball fairly well this week; Atlanta’s defense has some good pieces, but they won’t be able to stop the run as well as Carolina and Denver have.

But I can’t see the Bills defense – as good as they’ve looked – being able to keep it up against a top-flight quarterback on the road. Bills hang around for a bit, but the Falcons’ abundance of talent at the skill positions allows them to pull away. Bills score a garbage time touchdown to cover.

Stick to sports. Fuck you, I won’t.

In a time, when the our rights are under serious trouble, the well being and survival of fellow Americans on Puerto Rico is in serious trouble, and our President is off golfing this weekend, while Americans in Puerto Rico have cholera and no clean water, power, proper medical care, and cares about fucking shipping businesses over the lives of Americans. What the fuck.

Anyways, I played TSB again this week. We have a problem:

However, the game was won, defense is a problem:

Still on top of the AFC East:

Maybe the Bills will win this week, I mean it’s not like they’re going into a hostile environment. Go sports.