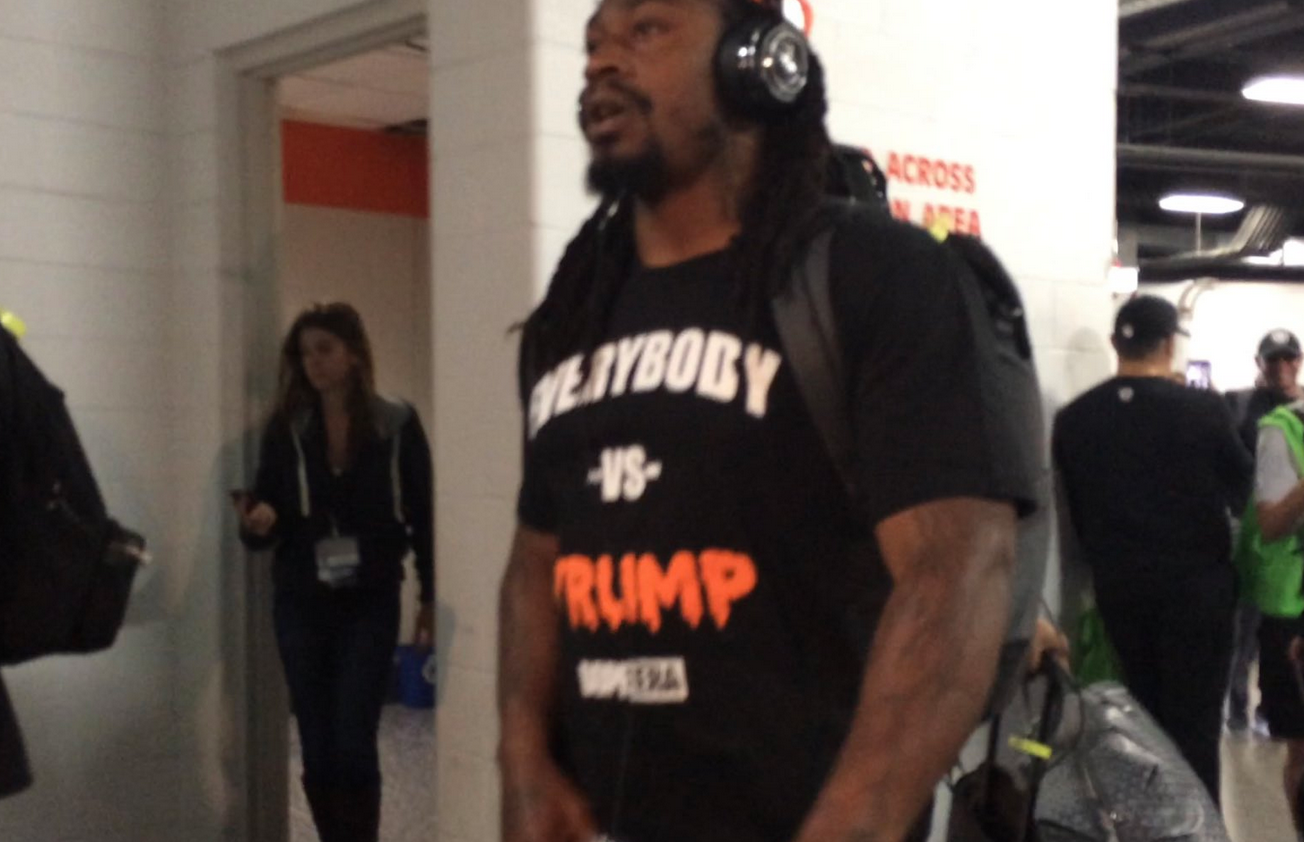 While some NFL players are looking to bring the country closer together, Raiders running back Marshawn Lynch apparently seems to be on the other side of the fence.

Lynch was seen wearing a “Everybody vs Trump” shirt before Sunday’s game against the Broncos, clearly stating how he feels about the POTUS.

Denver is known to be a fairly conservative area, so it will be interesting to see if Broncos fans at Sports Authority Field get wind of it before the game.