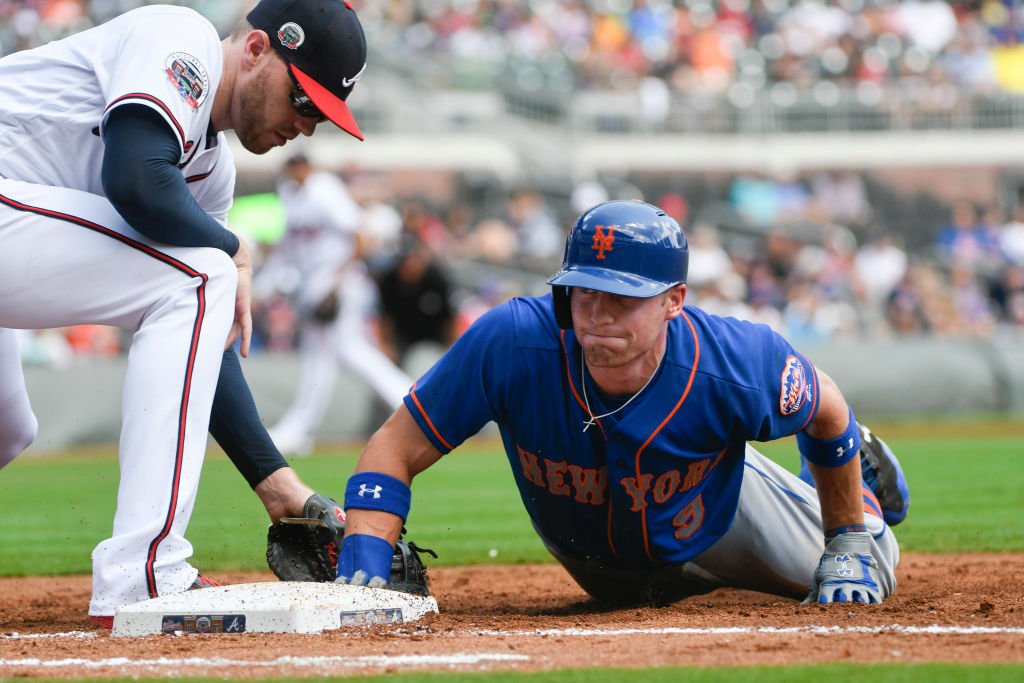 The 2017 season essentially ended for the New York Mets on April 30th, when Noah Syndergaard suffered a partial lat tear that sidelined him until September 23rd. Most Mets’ fans probably knew it at the time, but were hopeful that the team could pull a rabbit out of its hat for the second straight season. That didn’t happen, making the next four months a painful slog to simply get to the offseason. The Mets’ actual record became meaningless along the way, with the more important assignment to be evaluating young players and allowing injured stars to get some rust off on the field. Those growing pains contributed to yet another losing month for the Mets in September, who went 12-17 in their final full month of action.

The Mets won only four series all month, and none against a team with fewer than 90 losses on the season. The highlight of September was a seven game homestand against the Cincinnati Reds and Philadelphia Phillies where the Mets went 5-2, which featured two of their four series wins against doormats. The Mets won only one game in September against a team that wasn’t the Reds, Phillies, or Atlanta Braves, showing how far the talent level on the roster has fallen since the beginning of the season. That made the Mets’ win-loss record for the month irrelevant, leaving the performance of individual players carrying far more significance entering 2018.

The biggest positive for the Mets was the strong contributions they got from catchers Travis d’Arnaud (.297/6 HR/19 RBI’s) and Kevin Plawecki (.283/6/23) in a nearly even timeshare in September, lending credence to the idea that the two of them can form an effective platoon next season. Rookie shortstop Amed Rosario also looked up to the task of everyday play, batting .279 with four extra base hits, two RBI’s, and three steals in 61 at bats. Brandon Nimmo also showed signs he can contribute in 2018, batting .269 with four homers and 15 RBI’s while getting on base at a .391 clip. One of the biggest surprises was infielder Phillip Evans, a late addition to the 40 man roster after Wilmer Flores was lost for the season with a broken nose. Evans did nothing but hit, collecting 10 hits in 32 at bats to earn himself an extended look in spring training. Asdrubal Cabrera also raked in September, batting .371 with four homers and 17 RBI’s to all but assure the Mets pick up his 2018 option. Veterans Jose Reyes (.300/6/18/8 steals) and Nori Aoki (.286/8 RBI’s) also made strong cases for being brought back next season.

The pitching side was a bit messier for the Mets, who saw Syndergaard finally return on September 23rd with a scoreless inning against the Washington Nationals, but got nightmarish results from Matt Harvey (1-4, 11.28 ERA) and Rafael Montero (2-2, 5.26 ERA). The biggest positive for the Mets on the mound was the re-emergence of Jeurys Familia, who pitched to a 3.00 ERA in 12 appearances and earned his first save since May. Rookies Jacob Rhame (1-1, 9.00 ERA in nine appearances) and Jamie Callahan (4.26 ERA in eight appearances) were up and down, which is to be expected from young relievers.

The Mets have one game left, a meaningless matchup with the Phillies today, before their season concludes. The months ahead feature a lot of questions for the franchise, which will likely have a new manager next season and a revamped coaching staff. This is before the Mets even begin to think about fine tuning their roster, which has a lot of question marks heading into 2018. The Mets were able to answer at least a few questions in September, mainly concerning their catching situation and Cabrera, but they still could have used more answers than they got.