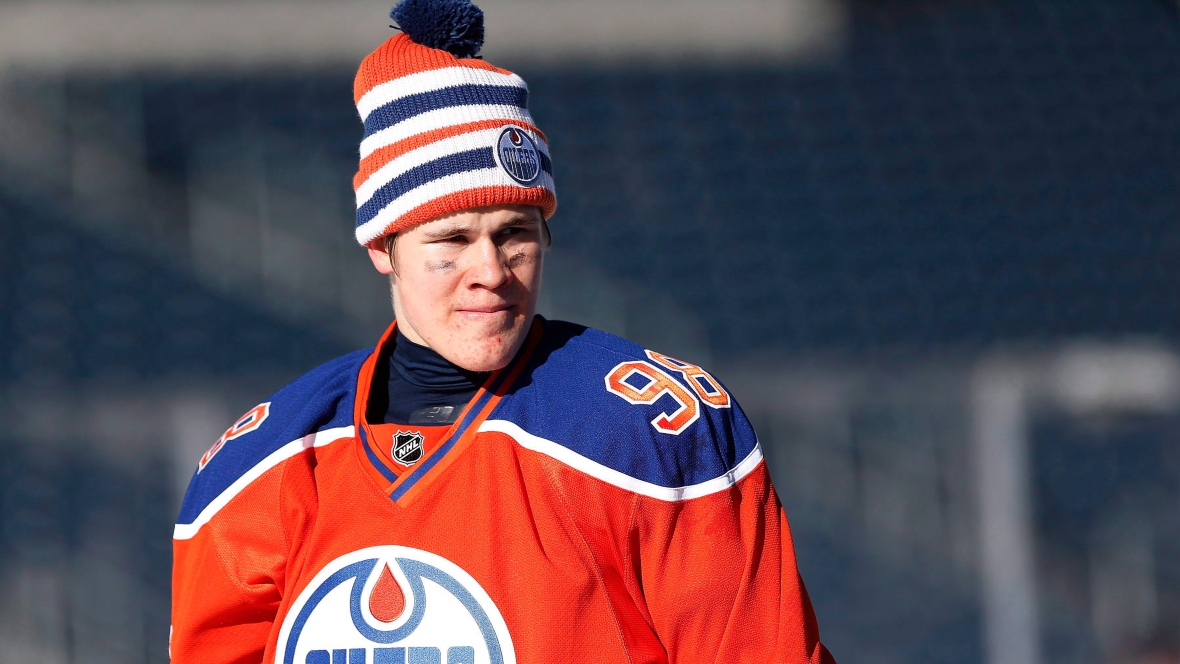 The Edmonton Oilers have made their final cuts of training camp.

The first of which involved, veteran defenceman, Mark Fayne:

The #Oilers have placed defenceman Mark Fayne on waivers for the purpose of assignment to the Bakersfield @Condors.

This should not be a surprise to anyone. Fayne had a rather weak camp and did not show any marginal improvement from last year. Along with his poor footspeed, he also lacks the puck-moving ability that the remaining NHL group possess. A call-up option at the very best….but I could see Edmonton trying to dump that contract if they have the chance.

The second move was the real eye-catcher:

The #Oilers have also assigned forward Jesse Puljujärvi to the Bakersfield @Condors.

It seems as though Jesse Puljujarvi has not made the team out of camp. In perhaps the biggest surprise of training camp, Kailer Yamamoto has effectively beat out Jesse for a spot on the team’s right wing group. The 2016 4th overall pick had a rather disappointing end to this year’s preseason, seeing a hot start fizzle out as the games went on. His best showing occurred on September 23rd against the Winnipeg Jets, in which he spent the final frame on a line with Connor McDavid. Among the highlights of this game was a beautiful assist on a McDavid goal, and two goals for himself. Unfortunately, he was not able to continue that stellar play in the games to come.

Puljujarvi’s most recent struggles were most notable in last night’s preseason finale against Vancouver. He looked nervous, and unsure with the puck and that often led to ill-advised turnovers a poor decision-making. I have no doubt in my mind that Puljujarvi will be an NHL player in the near future but, he must find a higher level of confidence in his game. Once he becomes comfortable with his North American game Jesse will be an Edmonton Oiler. Further development is needed in Bakersfield for this to happen.

This new development confirms the fact that Kailer Yamamoto has made the Edmonton Oilers out of training camp. The 2017 first round pick has garnered a lot of attention from the Oilers’ fanbase with his fast and dynamic game. Yamamoto was tied with Auston Matthews and Patrik Laine for the preseason lead for goals scored (5) and is proving to be an effective player on both the first and second line.

Many of his detractors at the beginning of camp were pointing out the many issues that arose from Yamamoto’s small stature, he stands tall at just 5’8, but he seems to be using that to his advantage. The Spokane native has used his size to the best of his abilities, generating speed and proving to be considerably slippery when it comes to his opponents. Another point can be made about his ability to process the game mentally, something that was on full display in yesterday’s game against Vancouver. A third-period powerplay was effectively quarterbacked by Yamamoto with the help of Ryan Nugent-Hopkins.

Kailer Yamamoto will get 9 games in the NHL at least…after that nobody knows.

The last interesting tidbit out of today’s final cuts was the possibility of Chris Kelly making the club.

Kelly signed a Professional Try-Out (PTO) with the Edmonton Oilers on September 9th and has stuck with the team through the preseason. From what I have seen from Chris Kelly is that he isn’t going to be an impact player in this lineup. The lineup is chalked full of NHL calibre centerman, making it tough to find a place for a player like Kelly. He does bring the “Chiarelli” type of game to the table; that element of “grit” and “toughness” might be the thing that has kept him around. If Chiarelli offers him a contract I can’t imagine it being a one-way deal, rather I believe they would get him on a two-way to allow more flexibility.

The team has until 5pm on Tuesday to either sign him or release him.