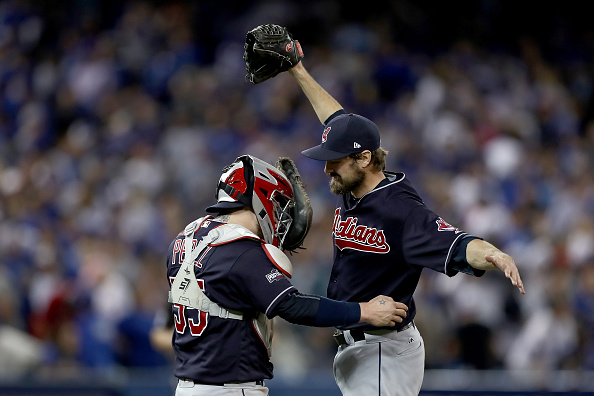 The home half of the game begins with three consecutive walks to load the bases for the Indians with nobody out against Chicago. Jay Bruce steps into the batters box and lines a two RBI single and a sacrifice fly by Jose Ramirez gives the Tribe an early 3-0 lead. TomKat pitches another scoreless inning with four Ks as we head to the bottom of the third frame of play. Ramirez reaches on an infield base hit to second base so they look to extend their lead in the regular season finale.

Rob Brantly gets the Sox on the board via solo shot for the first run of the game and the score becomes 3-1 heading to the seventh inning. The relief corps for Cleveland keeps the White Sox hitters at bay despite giving up the home run , as Tyler Olson strikes out the side heading to the stretch here at Progressive Field. The Indians look to add to their lead with the bases loaded and two men out as Michael Brantley steps up to hit. But a groundout eliminates the scoring threat, heading to the top of the eighth.

Hit the clutch RBI single that scored two runs and gave the Tribe the 3-1 victory.

2-2 during the game with a pair of walks and scored one of the runs.

Threw five innings only allowing a single run and six Ks as he gets his tenth win of the season on the final day of the regular season.

The Indians will be watching Tuesday’s wild game between the Twins and the Yankees for the Division Series as it kicks off beginning on Thursday evening. Also, with the win they are 102-60 in the regular season, but the Dodgers will have the home field for the World Series should they make it that far.