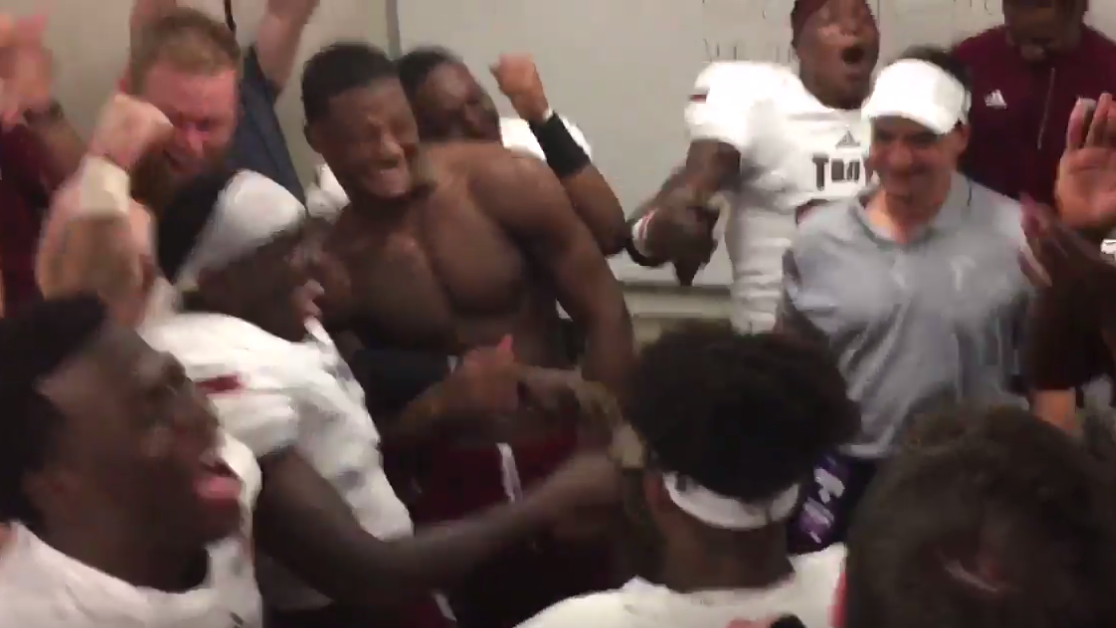 Troy was invited by LSU — paid, in fact — to come to Tiger Stadium for their homecoming game. It was supposed to be a rout for LSU, but ended up being anything but.

After all, LSU had won 49 straight against non-conference teams, and they elected to pay Troy University nearly $1 million to visit Baton Rouge for the game.

A victory of that magnitude is cause for celebration, so that’s what Troy’s head coach Neal Brown and his players did in the locker room. Check out this passionate speech, and the jubilation that followed.

Troy managed to sneak a troll job in as well after arguably the biggest win in the university’s history.

Hey @LSU, thanks for having us down for homecoming! We really enjoyed it! 😁