Watch Odell Beckham get finger popped back into place on sideline 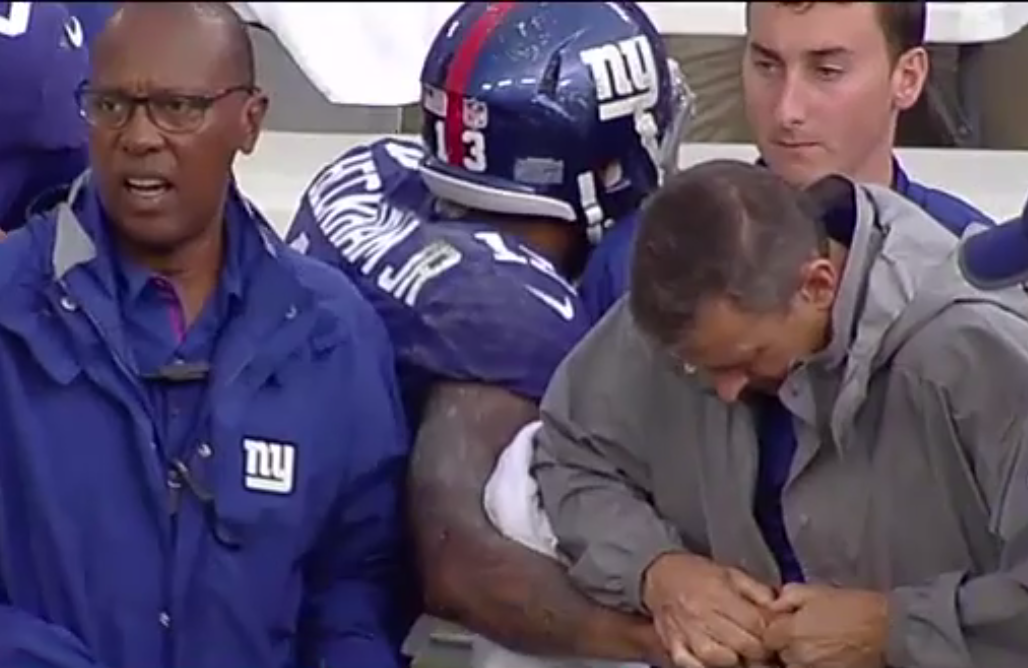 Watch Odell Beckham get finger popped back into place on sideline

Giants receiver Odell Beckham Jr. appeared to be in some discomfort after a pass from Eli Manning hit him in the hands and looked to dislocate one of his fingers in the second quarter of Sunday’s game.

But it didn’t take long for that issue to be rectified.

Beckham made his way to the sideline after the play so a trainer could work on him, as the Giants were clearly interested in doing whatever they could to get their star receiver back on the field.

The trainer was successful in correcting Beckham’s issue, as he quickly popped the finger back into place, which you can watch in the video below.

Odell Beckham in some serious pain as the medical staff pops his finger back into the socket. pic.twitter.com/sphXbYwlZ5

Beckham also got his finger taped, and he reentered the game shortly afterward.