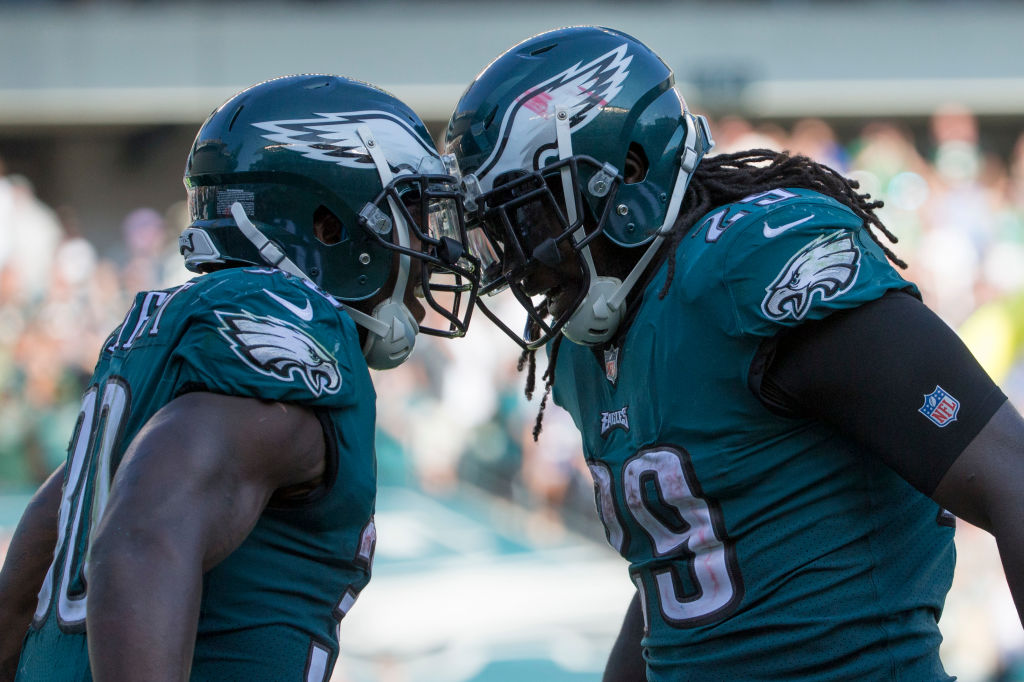 Forty-one running plays for the Eagles was the story of the day as their ground game helped them snag their third win of the season with a 26-24 victory over the Los Angeles Chargers.

The Eagles were hot on both sides of the ball early on. On the Chargers opening drive, defensive end Chris Long chased down and stripped quarterback Phillip Rivers, giving the Eagles the ball early.

On the Eagles’ next offensive drive, Wentz showed his efficiency in spreading the ball among the running backs with Corey Clement, LeGarrette Blount, and Wendell Smallwood all getting involved. The drive was capped off with a 45-yard field goal by Jake Elliott.

The Eagles would continue to pile on the points as the first half rolled on with another Elliott field goal, this time from 40 yards out.

On the Chargers’ next possession, however, Rivers and his offense finally put their first points on the board with a 75-yard strike from Rivers to receiver Tyrell Williams.

It would not be long before Elliott once again put another three points on the board as he hit a 53-yard field goal on the Eagles’ very next possession.

The Chargers would once again cut into the Eagles lead at the end of the first half with a 28-yard field goal by Younghoe Koo.

The field goal shootout continued well into the third quarter when Elliott made it 4-for-4 with a 47-yard field goal to add to the Eagles’ lead.

The Chargers would then cut the lead to two points when running back Austin Ekeler broke free for a 38-yard touchdown run.

The next Eagles drive showed what the running backs were made of. Blount plowed and broke free for a commanding 68-yard run. The icing on the cake came with a three-yard touchdown run by Smallwood.

As the fourth quarter rolled on, it became a shootout as the Chargers once again pulled within two once again with a four-yard touchdown pass from Rivers to Hunter Henry.

Although the Chargers made it close, the Eagles used perfect clock management to eliminate any chance at a Chargers lead, and leave LA with the victory.

Next week, the Eagles will head back home as they will host the Arizona Cardinals. Kickoff is set for 1 p.m.