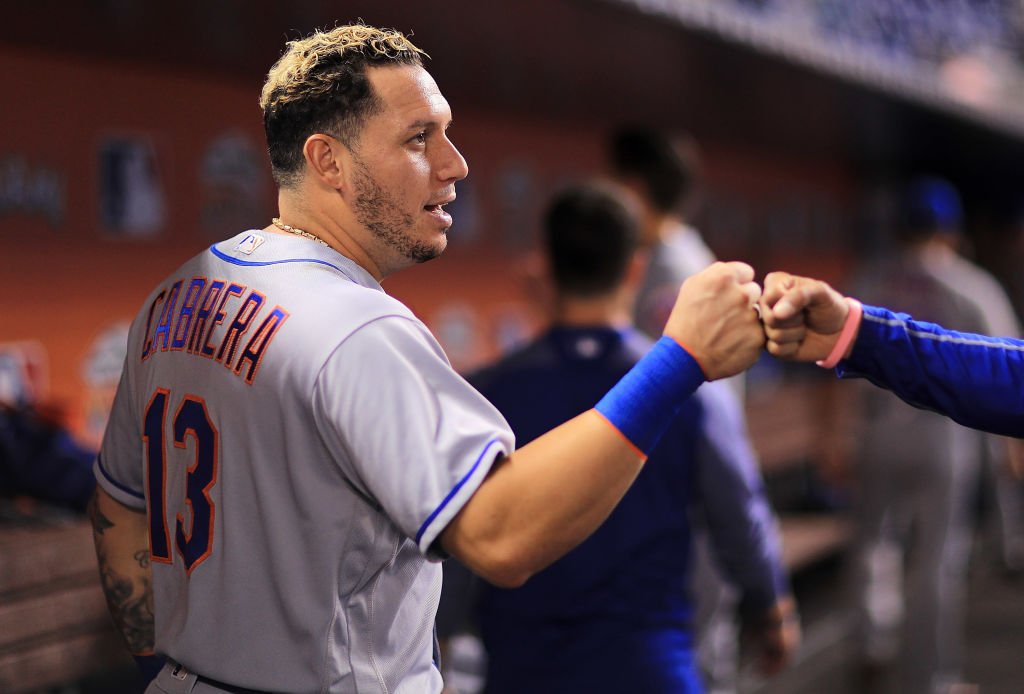 There wasn’t a lot to write home about for the New York Mets in September. The Mets were long out of contention and won only four series in the month, all against teams with at least 90 losses, but they did manage to score a bunch of runs. The offense was the highlight for the Mets as a lot of players put up good counting stats, making the final Met of the Month Award for 2017 a shoo in for a position player. There were a lot of good candidates, but this month’s award will go to infielder Asdrubal Cabrera.

MIAMI, FL – SEPTEMBER 18: Asdrubal Cabrera #13 of the New York Mets looks on during a game against the Miami Marlins at Marlins Park on September 18, 2017 in Miami, Florida. (Photo by Mike Ehrmann/Getty Images)

It was a strange season for Cabrera, whose defense at shortstop necessitated a move off the position, which the team bungled to the point that the veteran demanded a trade. The Mets managed to deal essentially everyone but Cabrera, leaving him to languish as one of the few veteran leaders remaining on a team of young players. It would have been easy for Cabrera to simply pack it in and just go through the motions but he played his best ball of the season in September, batting .371 with four homers and 17 RBI’s in 89 at bats. Cabrera also played a key role in the Mets’ final win of the season, launching a three run homer in the 11th inning of Saturday’s win over the Philadelphia Phillies. The strong finish has all but assured that the Mets will pick up Cabrera’s option for next season, meaning that Cabrera will be counted on going forward. The Mets have to hope that Cabrera’s strong finish for 2017 carries over to the 2018 campaign.